It’s official - Summer’s finally here! And since there’s no better way to spend the season, we collated the best summer music festivals going down in 2022. Which will you be tearing up?

Summer festivals are where it’s at. Sun, pints, messing about with your mates, and singing along to your favourite tunes until you lose your voice. There’s nothing like it.

And as today is officially the first day of the UK summer, we gathered the summer festivals that look so good it almost hurts.

So here are the best summer music festivals in 2022 that we just can’t wait for. 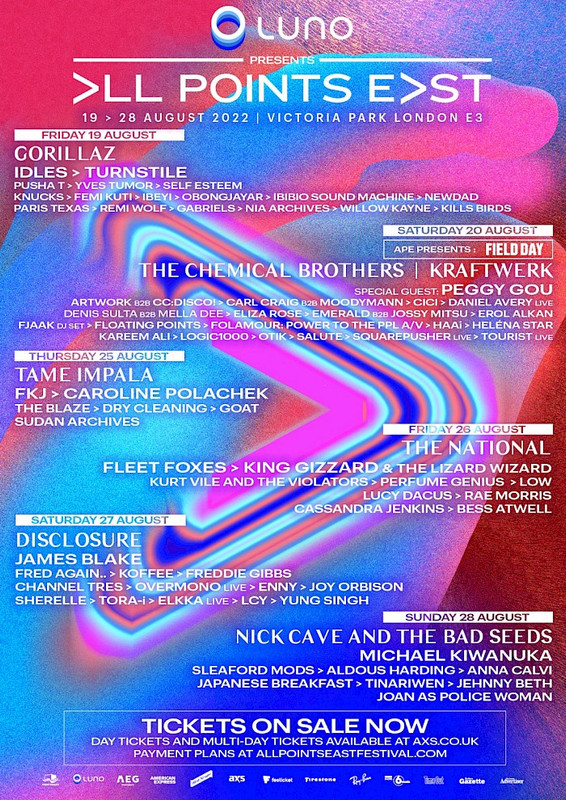 All Points East has come through with a tasty lineup spread across six days, so you can choose which dates are more your vibe. With the dates in August, there’s a solid chance the weather will be stunning. But who needs good weather when you’re in a field, three or four pints in, listening to Peggy Gou? 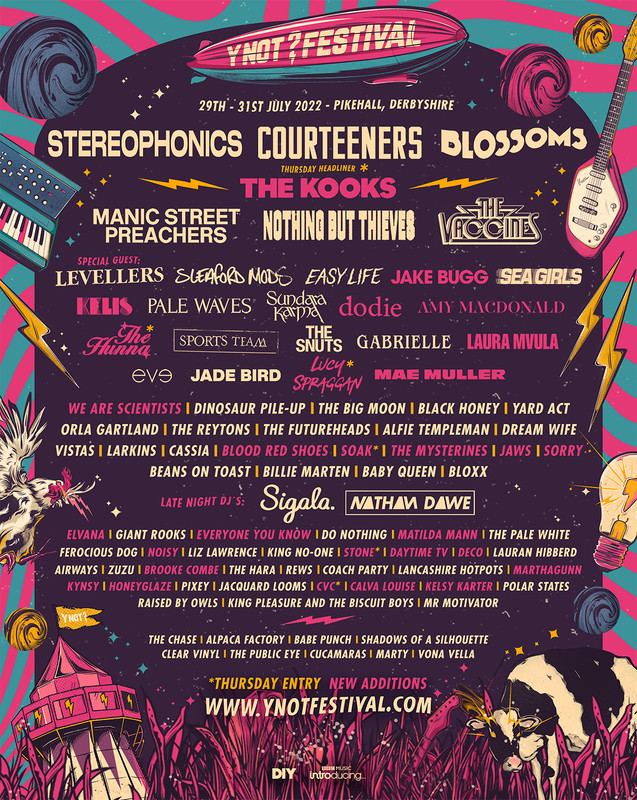 Award-winning indie, rock, and electronic festival Y Not is back with another killer lineup. Expect icon Kelis alongside all your indie faves, as well as hip hop karaoke, musical bingo, comedy, and other performing arts to keep you entertained for the entire weekend. For festival veterans or newbies, Y Not is a solid choice. 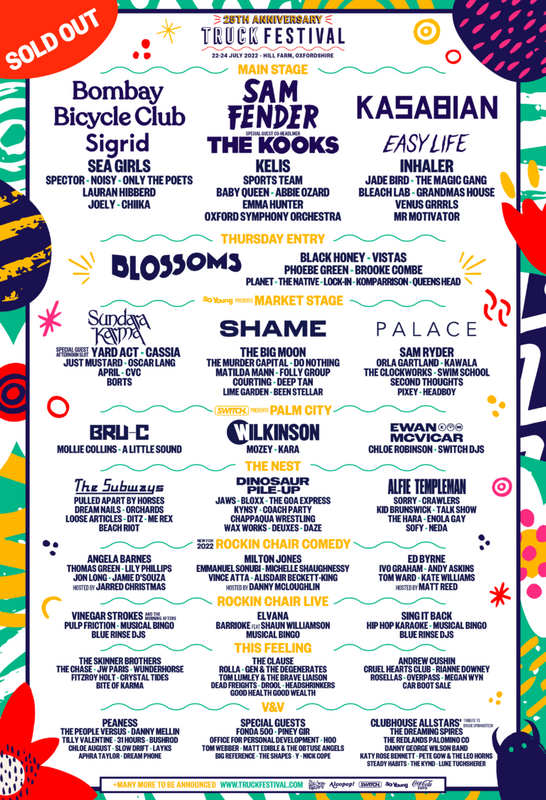 Or you could try Y Not’s sister festival, Truck. Similar to Y Not, Truck showcases the best in indie, rock, and electronic. As this year's edition will be the festival's 25th birthday, we expect the atmosphere will be more electric than usual. And, you never know, they might pull some tricks out of the bag!

Just a short journey from London, Electric Woodlands has dropped a pretty jaw-droppingly beautiful electronic lineup. Despite this stunning lineup, there are still a few tickets left. And they’re pretty damn cheap too. But if you’ve already splashed too much cash on other summer festivals, you can get a day ticket and still have a cracking time. 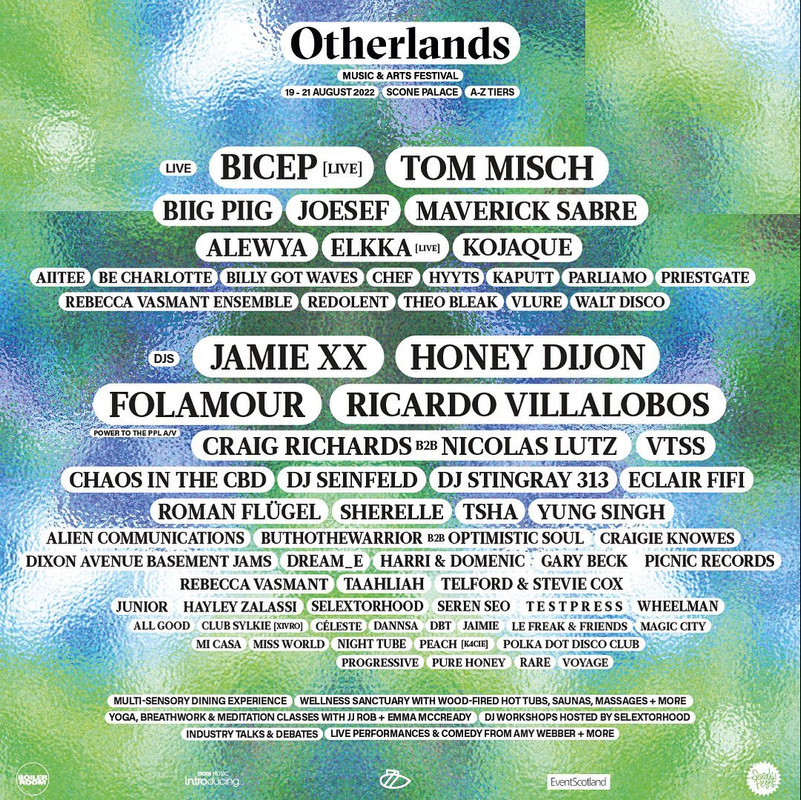 Let's put that stunning lineup to the side for a second while we talk about what Otherlands Festival offers besides the tunes. At this year's edition, attendees can expect a multi-sensory dining experience, a wellness sanctuary, yoga and meditation classes, DJ workshops, and so much more. All that with Bicep, Honey Dijon, and a bunch of other artists dominating their scene? Count us in! 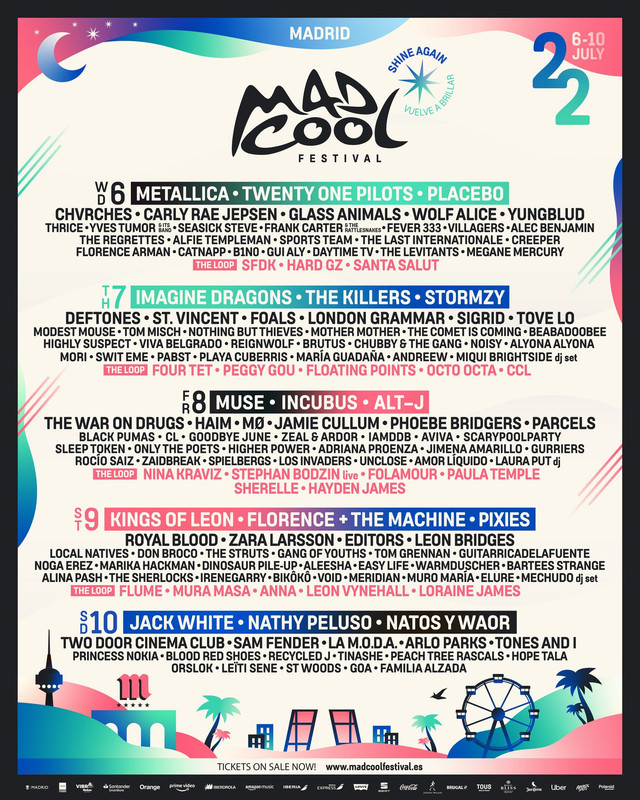 But we all know British weather isn’t exactly the most… reliable. So why not jet out to a fest that almost guarantees perfect weather and a killer lineup? It just makes sense. And, if you have a group of mates with massively different tastes, Mad Cool is the one with metal, rock, indie, pop, RnB, soul, blues, house, hip hop, and just about everything else on the lineup. 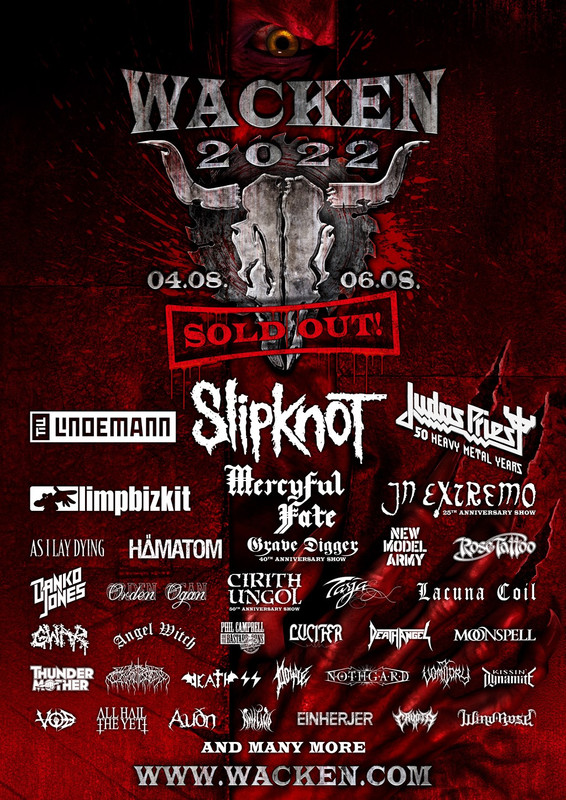 One for the metalheads, Wacken Open Air is a heavy music fest in Germany. This year, we’ll see performances from iconic acts such as Judas Priest, Slipknot, and Limp Bizkit. Other bands on the lineup include 5th Avenue, Attic, Avantasia, Brothers of Metal, Crypta, Disconnected, Epica, and many more. It’ll be a mad one, for sure. 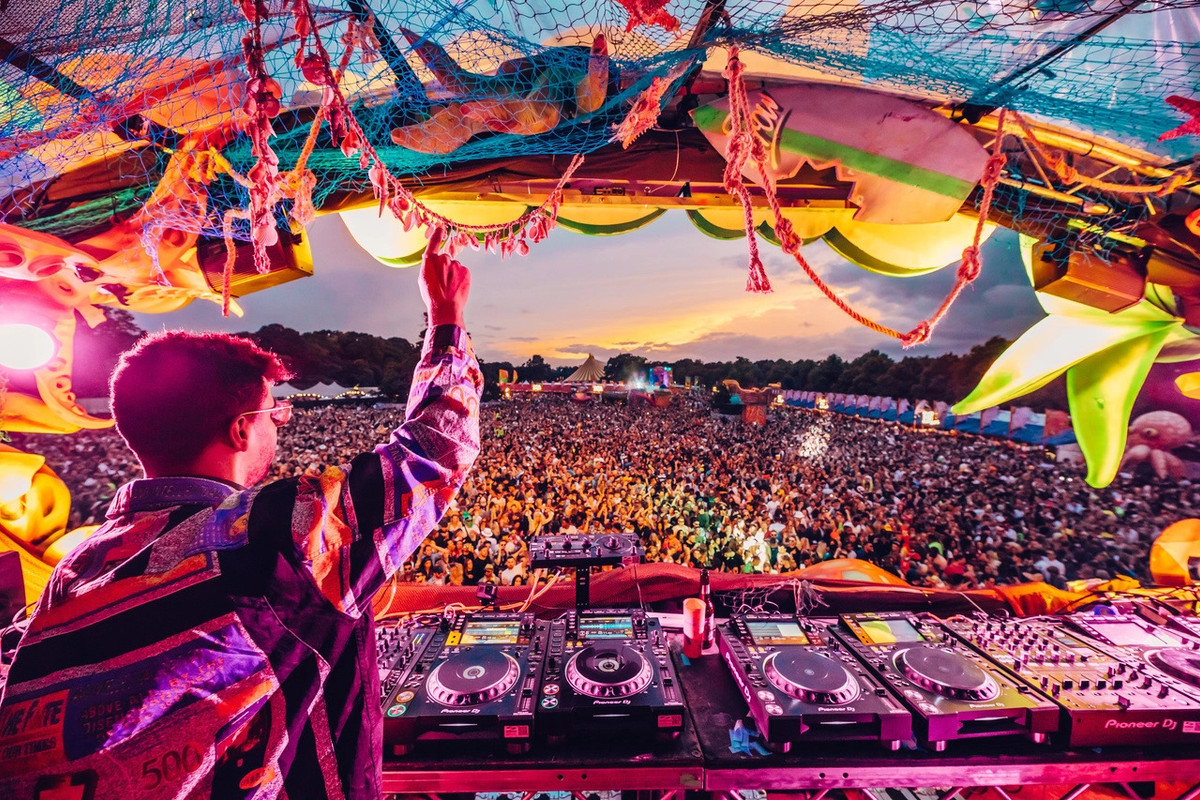 Going off about an hour's drive or tube away from London, one of the world’s biggest party brands is putting on its biggest festival yet. Even though we don’t have a lineup yet, we know it’ll be killer. Expect this summer festival to be a massive party soundtracked by the best DJs in house and techno. 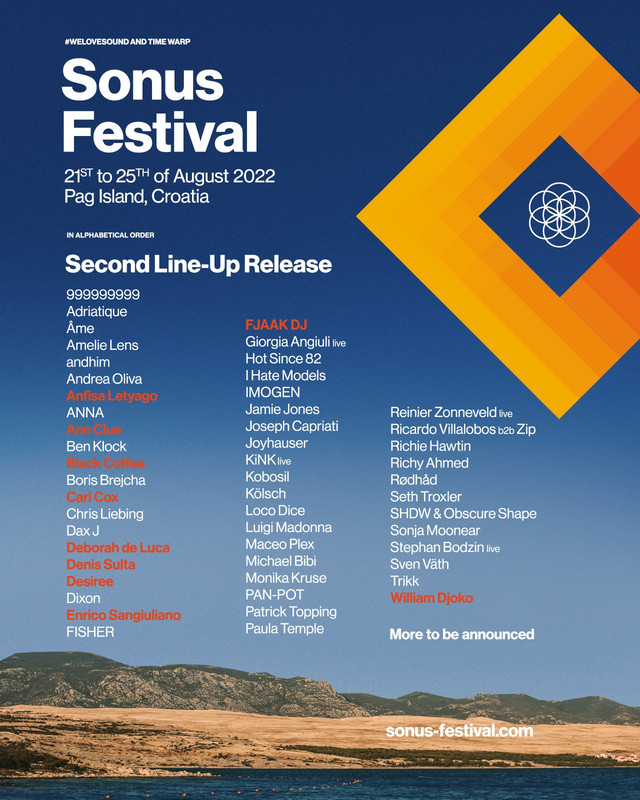 A festival on the beach in sunny Croatia? Our dreams have come true! Sonus is known for its handpicked lineups of house, tech house, and techno DJs, from household names to rapidly rising stars. You can picture it now: five days and nights of straight partying on a gorgeous beach with a turquoise sea as your faves hit the decks.

Reading and Leeds are easily two of the biggest festivals in the UK that always come through with a great lineup. This year's lineup has plenty of indie, rock, hip hop, grime, pop, alternative, electronic, metal, and more. As always, Reading and Leeds are guaranteed to go off.

Coming in with a pretty diverse lineup, Electric Picnic is one to check out if you’re the kind of person who loves a range of genres. At the top of the lineup alone, you'll find hip hop, indie, rock, psychedelic, pop, and pop-rock. And, as an Irish festival, there are a fair few Irish artists on the lineup too.

TRNSMT is a crazy predominantly indie/alternative festival in Glasgow. The crowds are always amazing and have so much energy. But with The Strokes, Example, Foals, Wolf Alice, Sam Fender, Nile Rodgers & Chic, Fontaines D.C., and The Lathums set to hit the stage, this year’s might be wilder than any other. 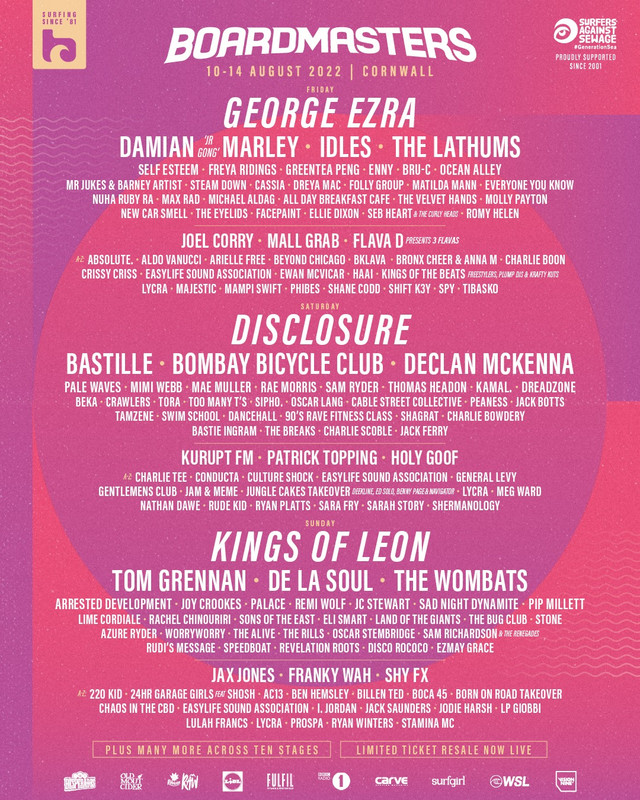 You don’t have to go abroad for that holiday feeling! Boardmasters is a festival that combines music with surfing, skating, and BMX. Going down at the "home of British surfing", it's the summer festival to be at in 2022. And with artists such as Joel Corry, Flava D, Kurupt FM, and Shy FX, the party just never stops. 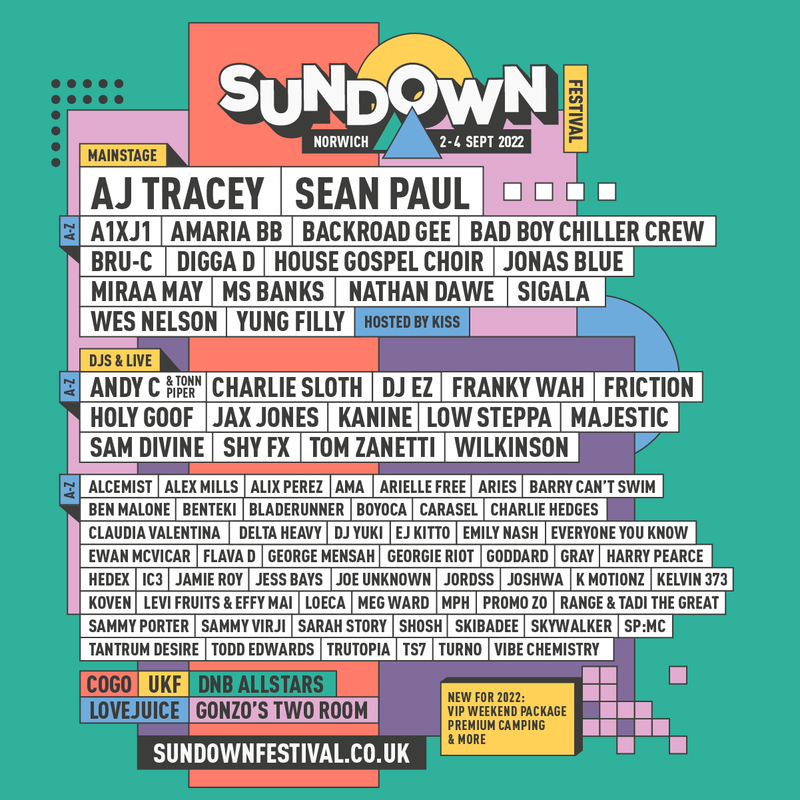 With a lineup that screams summer in every sense, Sundown might be the best summer music festival in 2022. The crowd reacting to jams like Ladbroke Grove and Temperature alone will make the whole weekend worthwhile. And sets from Bad Boy Chiller Crew will, of course, be hectic. We’d expect nothing less. 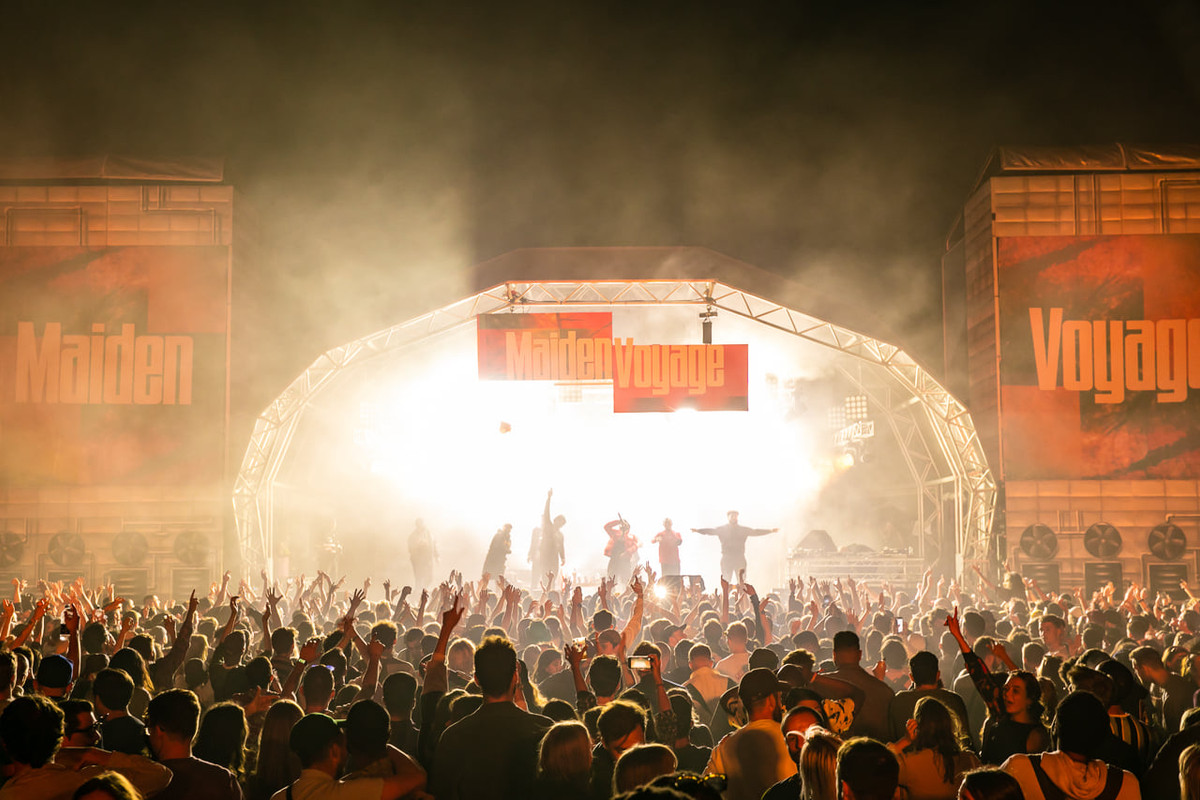 Maiden Voyage is back with jazz, hip hop, soul, world music, house, techno, soul, and other sunny genres. An absolute steal, the remaining few tickets are going for just £20. Just twenty quid for a day of sun (fingers crossed), tunes, and immaculate vibes, Maiden Voyage is a great shout. Oh, and there’s no chance of your faves clashing as all artists share the same stage!

These summer festivals will be absolutely killer. With cracking lineups, the mad-for-it crowds, and the (hopefully) good weather to compliment it, we know they’ll be stunning.

For more summer music festivals in 2022, click or tap here.

Skiddle Your Summer: Make the most of the sun-soaked season in 2022