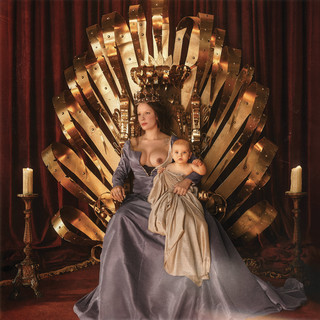 Ashley Frangipane, known professionally as Halsey is an American singer and songwriter. Her stage name is a reference to the Halsey Street station of the New York City Subway in Brooklyn,and an anagram of her first name.

Frangipane signed her first recording contract with Astralwerks, and released her début EP Room 93 in 2014. Her début studio album Badlands (2015) débuted at number two on the US Billboard 200 and has been certified platinum by the Recording Industry Association of America (RIAA). She appeared as the featured artist on The Chainsmokers' 2016 single "Closer", which reached number one on several national charts, including in the United States and the United Kingdom. Her second studio album Hopeless Fountain Kingdom (2017) was preceded by the single "Now or Never", which became her first top 40 entry as a lead artist.

Halsey has been mentioned in our news coverage

Here are the latest Halsey mixes uploaded to Soundcloud.

Do you promote/manage Halsey? Login to our free Promotion Centre to update these details.