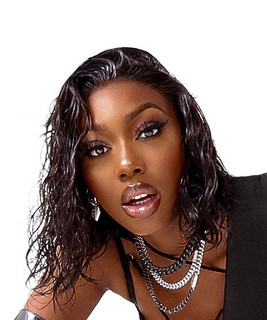 Born and raised in South-East London Thyra Oji or more commonly known Ms Banks grew up around music. Growing up her parents home would be a mix of R&B, hip hop and the sounds of Africa. This meant a diet of artists such as Lil Kim, Whitney Houston, 2Pac and Biggie Smalls.

Growing up listening to battle raps, it’s no surprise that she’s grown up with a flair for wordplay and raps with a fiery passion. Initially getting her name out via early social media platforms such as MySpace she was later invited to upload her music to Soundcloud.

Years later and she has reached dizzying heights, playing numerous festivals, being featured on Fire in the Booth and has performed at the Brit Awards with Little Mix. She’s been propelled to stardom and has also frequently worked with one of her idols Nicki Minaj as she makes bold steps in the global rap scene.

Ms Banks has been mentioned in our news coverage

The Best Pubs in London

The best beer gardens in Sheffield

The 10 best beer gardens in Liverpool

Below is a sample playlists for Ms Banks taken from spotify.

Do you promote/manage Ms Banks? Login to our free Promotion Centre to update these details.