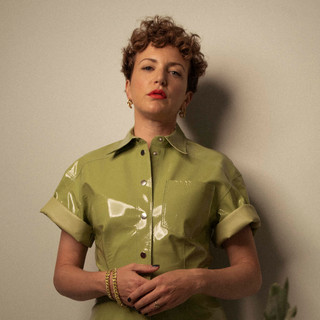 At the helm of perhaps the most iconic radio show at the moment, Annie Mac has become one of the most loved DJs in the country, in charge of ‘officially starting the weekend’ for somewhere in the region of 7 million listeners every week.

Hailing from a musical background in which most family members were involved in bands of one style or another, it wasn't until Annie was introduced to the clubbing scene in Belfast that she found her true calling. Citing DJs like Andrew Weatherall, Laurent Garnier, DJ Sneak, and Cajmere as some of the first DJs she saw, Annie went on to get into radio and DJing herself by doing a postgraduate Masters at a college in Farnborough. She later moved to London and began working on Student radio, as well as holding down a regular slot at Camden club The Underworld.

DJing there to an audience that varied between punks, tourists, and indie kids, Annie quickly learnt the art of keeping a dance floor full, she later brought that eclectic philosophy to her Radio One show ‘The Mash Up’.

After a stint working with record label V2, Annie bagged a job as Steve Lamacq’s broadcast assistant, whilst still working for student network SBN on her lunch break.

With fill in slots coming for Mary Anne Hobbs as well as being the voice of a number of anonymous idents, Annie was finally given her own show at the age of 26 in July 2004.

Taking her cues from mentors Zane Lowe, Steve Lamacq, and Colin Murray, Annie Mac forged for herself her own style and panache, with her charm and charisma winning over an ever increasing audience. Her DJing came on a treat to, culminating with the first ever Annie Mac presents in the back room at Fabric, a clubbing brand was born, one that has risen to monumental status, ‘providing a platform for a generation of youthful, bass-driven, live-dance acts and making Annie herself one of the most in-demand club and festival DJs on the planet’.

Annie Mac has been mentioned in our news coverage

Here are the latest Annie Mac mixes uploaded to Soundcloud.

Do you promote/manage Annie Mac? Login to our free Promotion Centre to update these details.