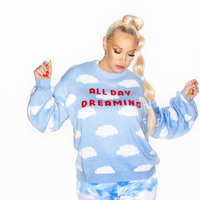 It's a Spiritual Thing! ♥

Sam Divine was a late starter. Picking up the decks for the first time when she was 21, she quickly took a DIY approach when learning how to DJ. It wasn’t long until she got her first breakthrough, managing to get a residency at a club in Weston-Super-Mare. She also worked at a record store called Chemical Records which widened her musical knowledge.

It wasn’t too long before Ibiza came calling and she was signed to Defected in 2009. Opening for names such as Kenny Dope and Frankie Knuckles, she also began to host the weekly Defected radio show. A tireless artist, she has gone on some huge summer tours and played shows at Creamfields, Tomorrowland, Eastern Electrics and more.

She started her own label D-Vine Sounds in 2015 and has expanded her portfolio further by moving into production too. With a huge fanbase spread across the globe, Sam Divine has grafted from the very bottom to the top. She’s a born entertainer who specialises in pure house music.

Sam Divine has been mentioned in our news coverage

Here are the latest Sam Divine mixes uploaded to Soundcloud.

Do you promote/manage Sam Divine? Login to our free Promotion Centre to update these details.