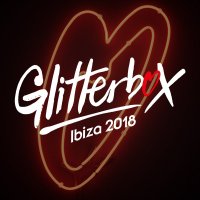 Keep track of Glitterbox events, tickets and news - all in one place. Join this group now for updates as they happen!

next 4 Glitterbox Events view all

Glitterbox first sashayed in with the disco sticks in 2014. After being elevated to new heights at Space Ibiza in 2016 and a glamorous move to Hï Ibiza (the club formerly known as Space) in 2017, there was no doubt it would return in 2018.

The move to Hï Ibiza showed Glitterbox to be embracing change within Playa d'en Bossa's clubbing zone. As Glitterbox continues to take the world by storm, its weekly showdown gets even bigger and more flamboyant than ever.

On 1 June, one of Ibiza's most hedonistic parties will kick off the show and run every Friday until28 September. Only the most revered DJs will be bringing a musical selection loaded with house and disco gems, accompanied by flamboyant dance crews, state-of-the-art production and an electric vibe that simply cannot be replicated elsewhere. The only problem will be never wanting to leave.

On the guest roll this year we have Glitterbox founder, Simon Dunmore, joined by a selection of DJs and producers who will be in the booth on numerous dates throughout the season. These include DJ Harvey, DJ Sneak, Eli Escobar, Honey Dijon, John Morales, Late Nite Tuff Guy, Melvo Bapitste, The 2 Bears and many, many more.

Glitterbox nights go down every Sunday from the start of Ibiza’s season to the end. This year, the last Glitterbox event (also known as a closing party) will take place on the 2nd of October.

When do tickets for Glitterbox go on sale?

They already are! You can find tickets for all Glitterbox events in 2022 on Skiddle now.

How much are tickets for Glitterbox?

For this year's Glitterbox events, two types of tickets are available. First, there's the deposit ticket for €5. If you choose this ticket, you’ll need to pay the remaining €55 at the event on the day.

Or, for €30, you can buy a deposit ticket and one hour of an open bar at Tantra, which is just a four-minute walk from Hi. If you choose this ticket, the remaining balance, €55, will need to be paid at the event.