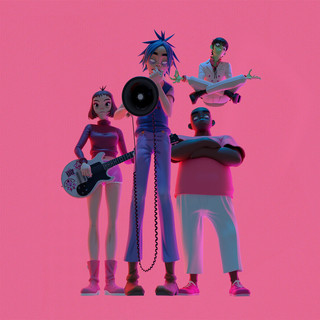 Gorillaz are a british virtual band formed in 1998 by a collaboration between Damon Albarn of Britpop band Blur and Jamie Hewlett, co-creator of the comic book Tank Girl. They had the idea to create the band while watching MTV in their London flat and originally intended to call the project Gorilla. The band is comprised of four fictional band members: 2-D (vocals, keyboard), Murdoc Niccals (bass), Noodle (guitar, vocals) and Russel Hobbs (drums). These characters only appear in animated form and are not alter-egos of real people, as is often mistakenly assumed.

Gorillaz has been mentioned in our news coverage

Blue Monday: Fight off the gloom with our playlist of upbeat bangers

Below is a sample playlists for Gorillaz taken from spotify.

Do you promote/manage Gorillaz? Login to our free Promotion Centre to update these details.