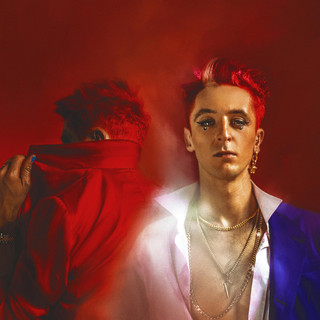 Denis Sulta has rapidly emerged as one of the most exciting new prospects from the ever-fertile Glasgow scene. His unique sound has been carefully crafted having earned his stripes and a large part of his musical education and knowledge through working at the internationally renowned Rubadub record store, whilst holding down regular and ongoing sets at the world famous Sub Club.

Having honed his craft under the guidance of some of the most respected local selectors, DJs and producers, Denis Sulta has garnered multiple releases with his early signing to Dixon Avenue Basement Jams in 2014. Since then he has showed his dominating abilities within the electronic music industry noted by his opulent and punchy releases on Numbers and most recently his own imprint, Sulta Selects.

Sulta’s meticulous and diverse approach to dance music has seen his stand out capabilities reach unbelievable new heights for someone still so young. Continued praise and support from fellow DJs and producers such as Jackmaster, Skream, Four Tet, and Optimo have aided Denis Sulta, and ultimately, his incredible hard work has allowed him to play alongside and work on projects for Annie Mac both at Radio 1 and at the legendary Space, Ibiza.

As a DJ and producer he has travelled the world with his ever changing sets from techno, hard house, trance and hip-hop.

The Flamboyant DJ can be seen far and wide including Diynamic Festival Amsterdam , Snowboxx Festival France and Sonar Istanbul.

Denis Sulta has been mentioned in our news coverage

Things to do in Liverpool this Christmas

Here are the latest Denis Sulta mixes uploaded to Soundcloud.

Do you promote/manage Denis Sulta? Login to our free Promotion Centre to update these details.