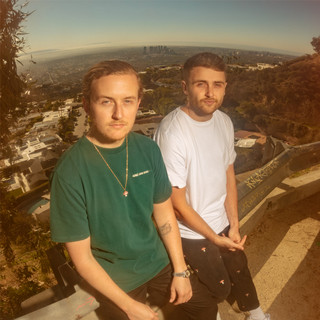 Without a doubt one of the hottest production duos at the moment, brothers Guy and Howard Lawrence have taken the world of dance music since their impressive debut in 2010.

Their combination of pop hooks, bassy house and future garage has picked up more and more fans with each passing release. When their 'Tenderly'/'Flow' single in January 2012 was picked up by major tastemakers at Radio One, it was only a matter of time before they became house hold names.

That single led to significant interest in their following releases on Berlin and London based leftfield imprint Greco-Roman. Tracks like their hugely popular remix of "Running" by Jessie Ware charted internationally and became a festival favourite for 2012, championed by the likes of Annie Mac, further advancing their status as an emerging force to be reckoned with.

Then came 'Settle' - their debut album, and boy, what an album it was. Now way out of the underground, Settle was an enormous success, coming straight in at number one in the UK album charts as well as charting across the rest of Europe and Australia. 'Settle' also saw a nomination from the UK Bass Music Awards in association with Skiddle in the best album category.

Winning performances at Glastonbury and Leeds and Reading further cemented their importance to both dance and pop music. With the duo ending 2013 with a Best Producer gong at the Bass Music Awards, the future is looking very bright indeed for the two lads from Surrey.

Disclosure has been mentioned in our news coverage

Things To Do This Summer In Manchester

Here are the latest Disclosure mixes uploaded to Soundcloud.

Do you promote/manage Disclosure? Login to our free Promotion Centre to update these details.