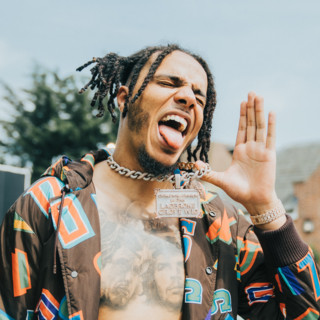 Born to a father from Trinidad & Tobago and a mother who's a Welsh drum and bass DJ, AJ is a grime MC with a plethora of influences on his sound. He also plays as a left winger for his local football team. Based in Ladbroke Grove, West London (although true say, his dad lived in Tottenham), AJ first got involved in the pirate radio scene in 2014 and has since stopped at nothing to bring a raw and unadulterated sound to the masses.

Speaking to GRM about his stage name, AJ explained:

"Basically when I used to shot, I couldn’t give my real name. I used to wear loads of Armani, so I called myself AJ. The Tracey comes from this guy called Stacey in my ends. Everyone used to be/is scared of him so I thought, if a man has a girl’s name and he’s still scaring people, the maybe I should try doing it so I can be THAT guy."

Whether it’s sets on Rinse alongside his crew, MTP, street singles with rising talents like Santan Dave and Reeko Squeeze, or collaborations with big names like Gorgon City, Tinchy Stryder and P Money, over recent years, AJ has proven himself to be a name worthy of recognition in the grime scene. Read more on Last.fm. User-contributed text is available under the Creative Commons By-SA License; additional terms may apply.

AJ Tracey has been mentioned in our news coverage

Below is a sample playlists for AJ Tracey taken from spotify.

Do you promote/manage AJ Tracey? Login to our free Promotion Centre to update these details.