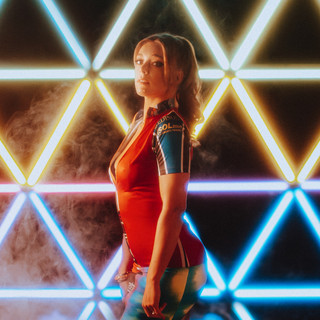 You may know Becky Hill from her performances on BBC’s hit TV show ‘The Voice’. Yet, the Bewdley born singer was involved within the music industry before this, lending her voice to an acoustic rock and roll group Shaking Trees in her teens. Then after getting to the semi-finals of The Voice with her powerful and distinctive vocals, she found it difficult to initially navigate the industry.

18 months later she was able to secure her first record deal and the only way has been upwards since. Her voice resonated with dance artists particularly and she was snapped up by Wilkinson for a collaboration on ‘Afterglow’ which was her first big hit. She also appeared on the Rudimental track ‘Powerless’, even appearing on stage with them to perform it several times and even at Glastonbury.

She has worked frequently with MNEK, who helped her to release her debut solo single ‘Caution To the Wind’ back in 2014. Known mainly as a singles artists, she released a compilation of her best hits so far in 2019 called ‘Get To Know’ and she is working her way towards releasing her first full debut album.

Becky Hill has been mentioned in our news coverage

Below is a sample playlists for Becky Hill taken from spotify.

Do you promote/manage Becky Hill? Login to our free Promotion Centre to update these details.