From the Uk's biggest inner-city festival, Parklife to Fresh Island Festival on the stunning Adriatic coast of Croatia - here's some of the best hip hop focused festivals you can attend in 2021

A powerful musical movement born out of the deprived borough of the Bronx in New York, back in the 1970's - hip hop is one of, if not the most prominent and important genres of world music.

A global phenomenon which has permeated nearly every aspect of modern society, from fashion, art and dance, to language, food, education and even politics, hip hop today is as significant as it has ever been. A cultural force that continues to lead the way almost five decades on since its inception.

It's produced some of the most influential and widely celebrated, game changing names, pioneers such as DJ Kool Herc, Grandmaster Flash, The Sugar Hill Gang, Nas, Queen Latifah, Roxanne Shanté and The Beastie Boys, as well as a host of current contemporaries the likes of Kendrick Lamar, Travis Scott, Cardi B, Drake, Post Malone and the G.O.A.T - Kanye West.

It therefore stands to reason why many large-scale festival events across the world would place such a big emphasis on hip hop and the globally-renowned performers who represent its name.

From two of London's most sought after summer time events - Lovebox and Wireless, to Manchester's monumental metropolitan festival - Parklife, and foreign gatherings the likes Fresh Island Festival and Primavera Sound Barcelona - there's a bounty of live music events showcasing the very best in hip hop, from the old school heroes to the emerging legends of tomorrow, throughout the festival season.

Check our list of The Best Hip Hop Festivals happening in 2021 below... 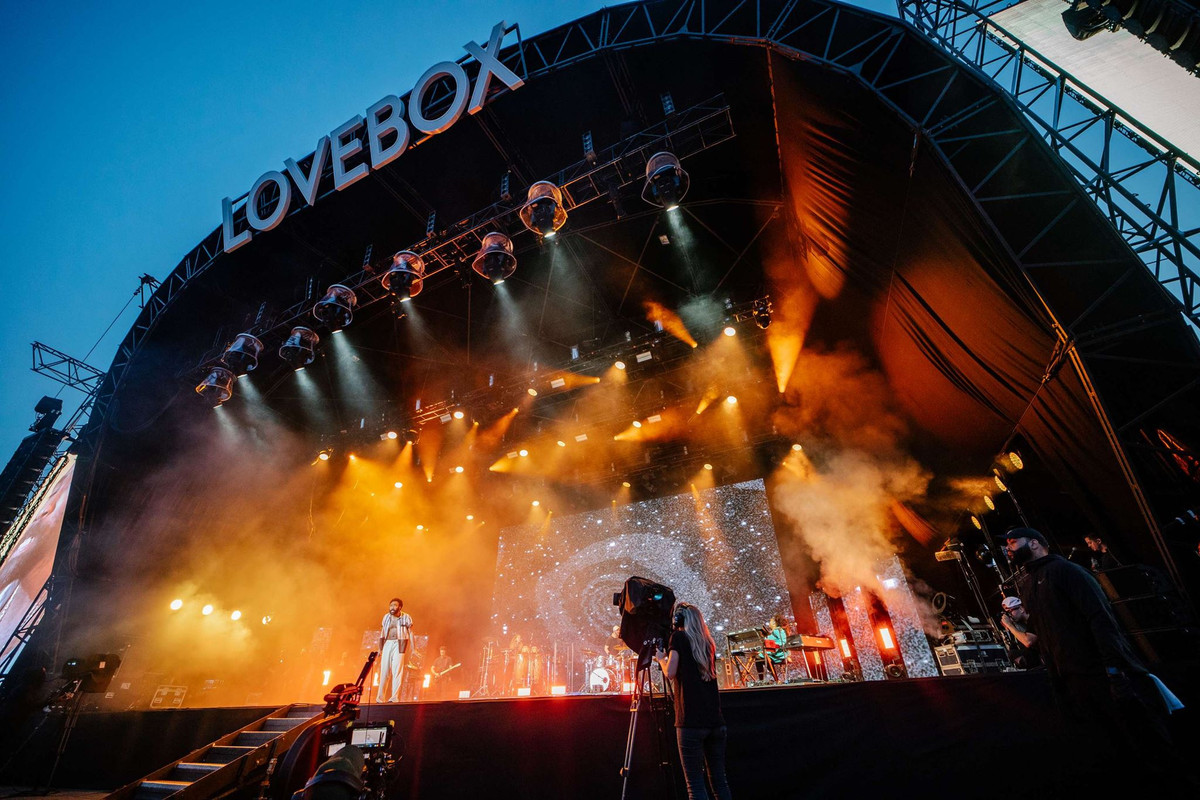 Where: Gunnersbury Park in London

Taking place in Gunnersbury Park, the three-day event, launched back in 2002, has previously welcomed some of the biggest names in the genre - the likes of NERD, Dizzee Rascal, Snoop Dog, Nas, M.I.A, A$AP Rocky, Run The Jewels, Mac Miller, Kano and so on...

Returning 'stronger than ever' to the West London park this June, those lucky enough to get their hands on tickets will be spoilt to hundreds of world-class performances from a host of revered acts. 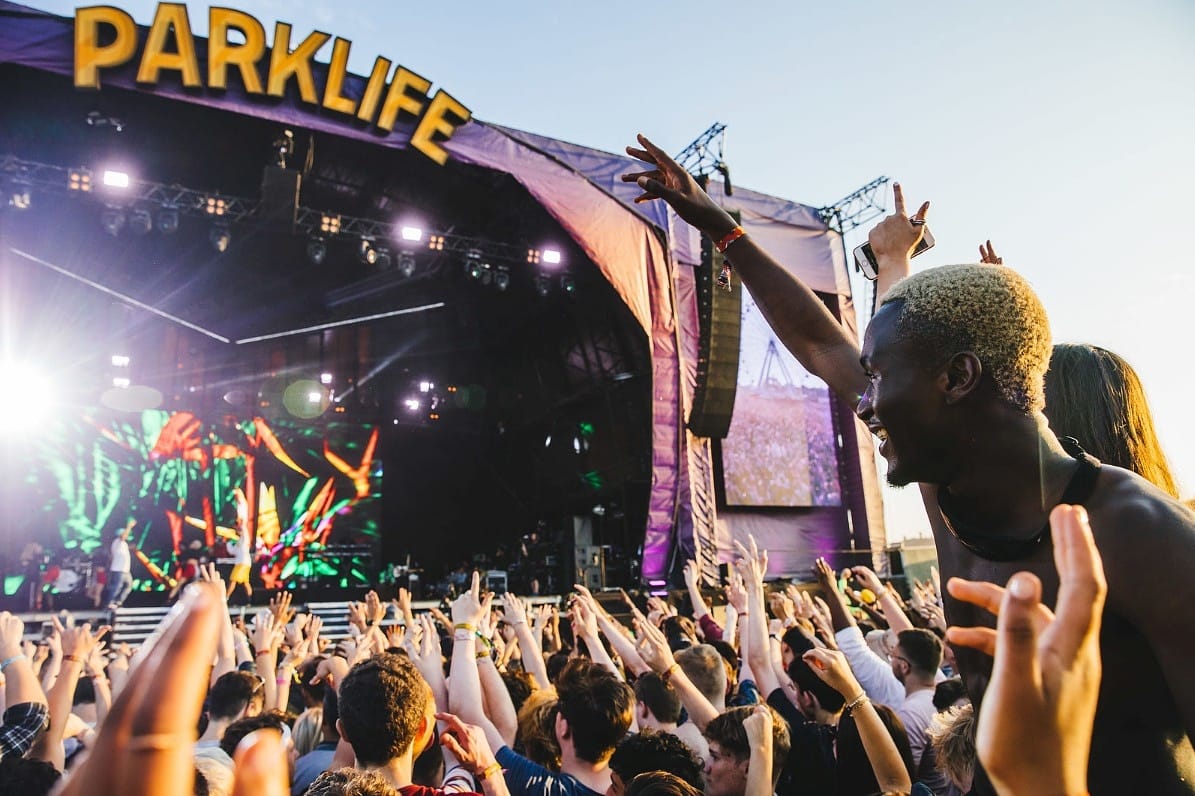 The UK's largest metropolitan music festival, Manchester's Parklife regularly welcomes a host of globally renowned rap stars and hip hop collectives to perform in front of up to 160,000 festival revellers almost every year.

Amongst those to have graced the festivals seven stages, throughout the festivals illustrious past, are the likes of Loyle Carner, Fredo, Slowthai, Earl Sweatshirt, Wu Tang Clan, Stormzy, Boy Better Know, Anderson .PAAK & The Free Nationals, Ice Cube, Pusha T, Lethal Bizzle and many, many more.

Now rescheduled to take place in September 2021, this years comeback edition promises to be one of the festivals biggest with and epic party, two years in the making promised to take place on the spacious grounds of Heaton Park.

The lineup for this years event is expected imminently, keep your eyes peeled for more details. 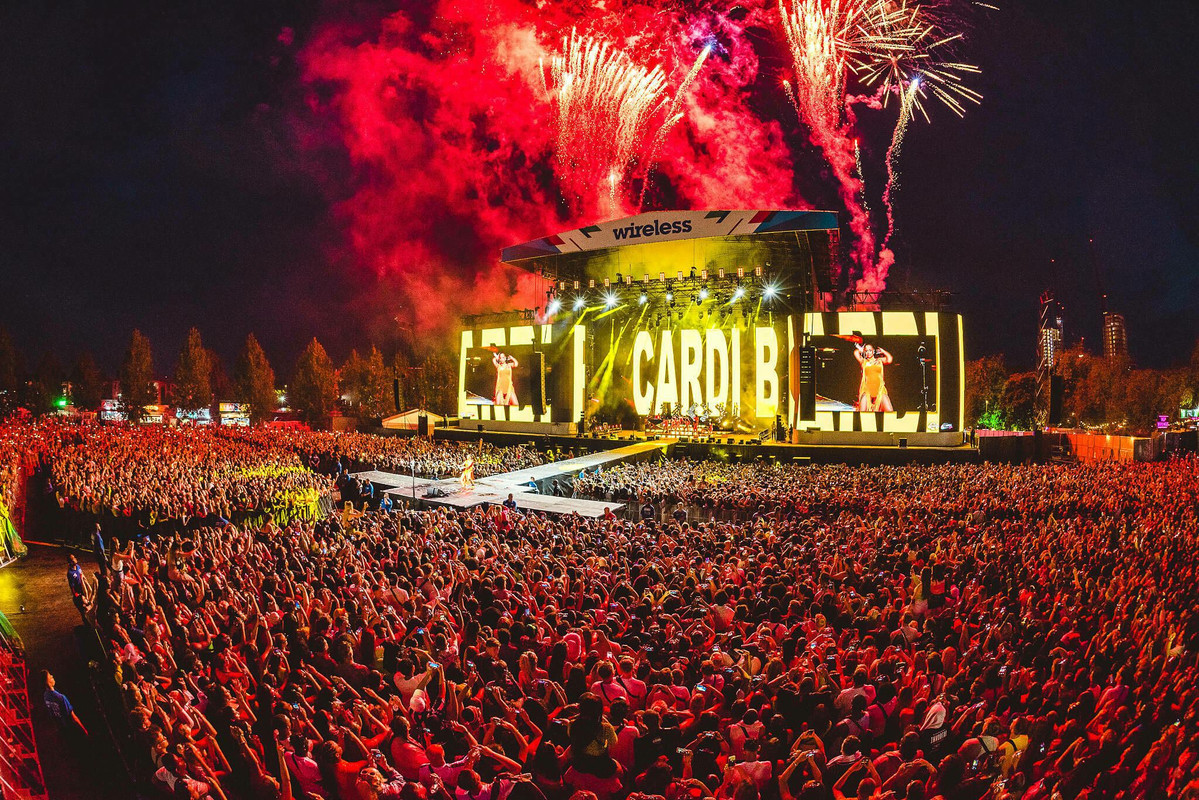 Where: Finsbury Park in London

Another mammoth music event with its finger firmly on the pulse of the hip hop, rap and urban music scene, Wireless is one of London's annual festival highlights (in normal times of course).

Rocking the English capital for three days in July, the popular music gathering is well known for attracting many of the world's megastar names, routinely delivering a jaw-dropping programme to its faithful fan following each year.

Artists such as Cardi B, Travis Scott, Migos, J. Cole, Rae Sremmurd, French Montana, Chance The Rapper and Skepta, to list a few, have all given commanding, stand out performances at past events.

Details of this years lineup have yet to be confirmed. One thing is for sure - it's going to be hard to top. Watch this space for more updates as and when they come...

Where: Zcre Beach in Novalja

This one involves your passport...

Pack your bags, apply the sunscreen, don your sunnies and ready yourself for a week of sun, sea and beats - Fresh Island Festival on Croatia's Zcre Beach is where it's at this summer.

Experience next level live music from some of the most revered and current rap, trap, drill and grime artists on the face of planet earth, whilst soaking up plenty of those naughty cocktails and that long overdue, vitamin D.

Catch your favourite artists performing in some of Novalja's biggest and best night clubs, the likes of Aquarius, Papaya and Kalypso, or on one of the sunset boat parties or outrageous pool parties.

The bill for this years event has yet to be announced. Expect big things. 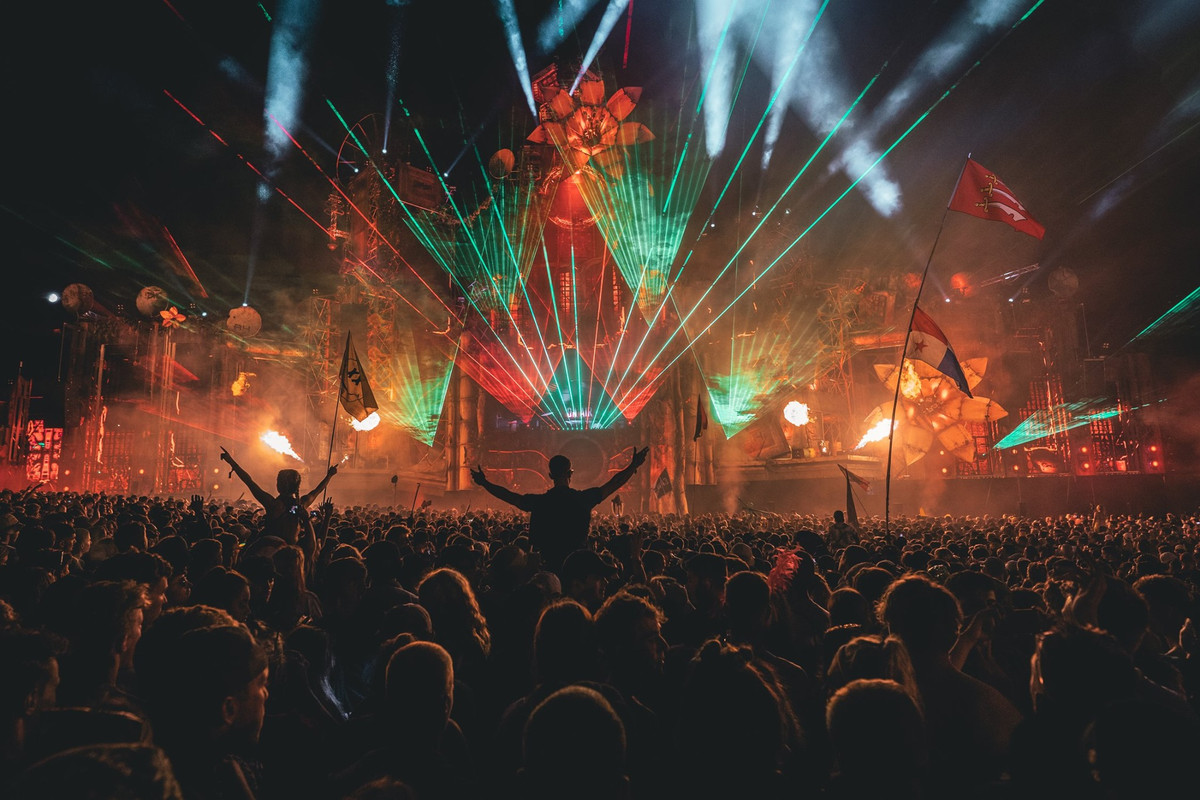 Where: Matterley Estate in Hampshire

A festival that always boasts a seriously epic programme of performers, Boomtown Fair is a renowned and respected champion of hip hop acts and those who create within its sub genres.

The eclectic event, which also supports a diverse range of sometimes overlooked musical styles and cultures, has landed some hugely important names throughout its twelve year history.

The likes of Ms Lauryn Hill, The Streets, Ms Dynamite, Kojey Radical, M.I.A. and Cypress Hill have all taken to the stage, entertaining up to 80,000 passionate music fans throughout the five-day event.

Organisers of the sought after event have begun writing the story for this years festival, taking Boomtown into a new, post-Covid era. Along with a brand new festival layout and some innovative new means of immersive entertainment, the team behind the huge festival have gone step further, rethinking the process of how they announce their always highly-anticipated programme of artists.

Want to know who's performing at this years Boomtown Fair? You'll just have to wait.

Details of this years lineup wont be released until the very same week the festival begins. Given the calibre of those who have performed in previous years, we have every faith that this years comeback event will be something very special. 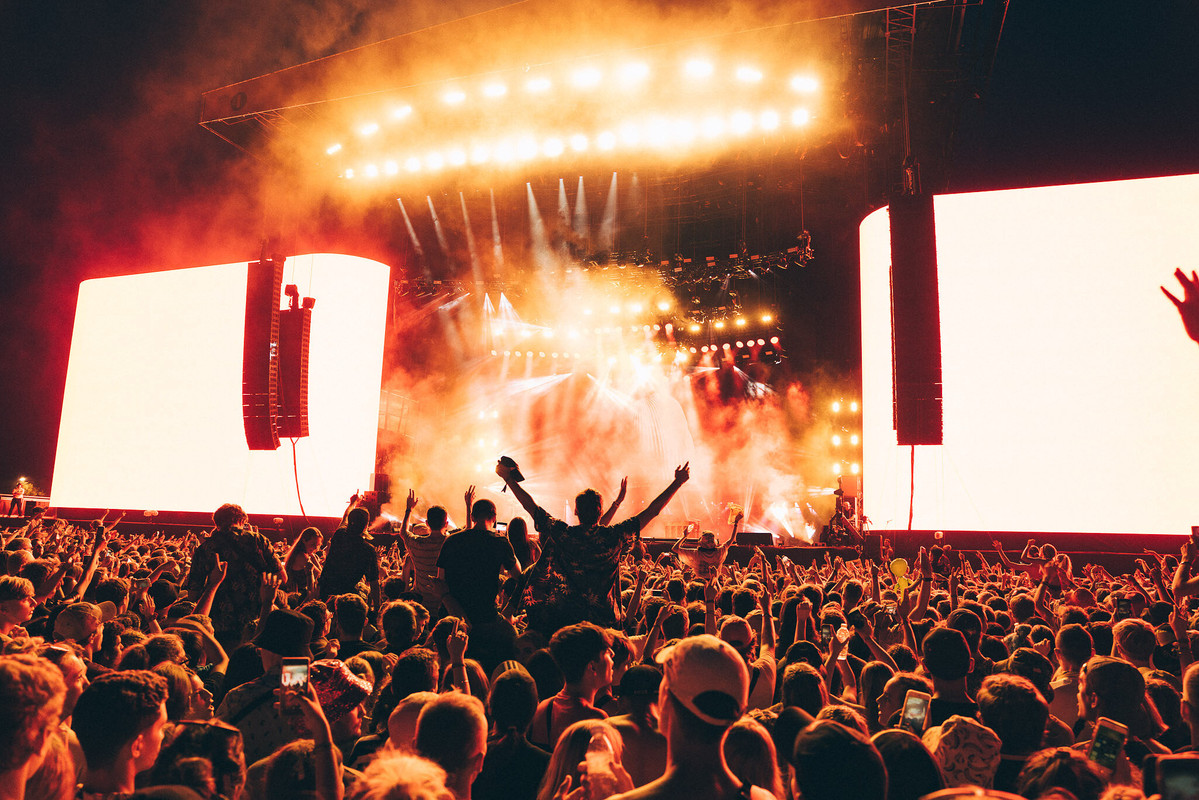 A historic, twin event that, in more recent times, has diversified its programme to include a wider scope of genres, including some of the many off shoots of hip hop - from drill to grime, gangsta rap and trap.

Reading Festival, one of the worlds oldest, large-scale music festivals, and sister event Leeds Festival, habitually present us with lineups that are just too good to ignore. Take a look at some of the many names they've played host to in the past - likes of Eminem, Kendrick Lamar, Dizzee Rascal, Cypress Hill and Public Enemy, who performed one of the festivals most iconic performances back in 1992. There aren't many festivals that can flaunt such a collection of world-beating artists.

More lineup announcements are due in the coming weeks. Keep those eyes peeled. 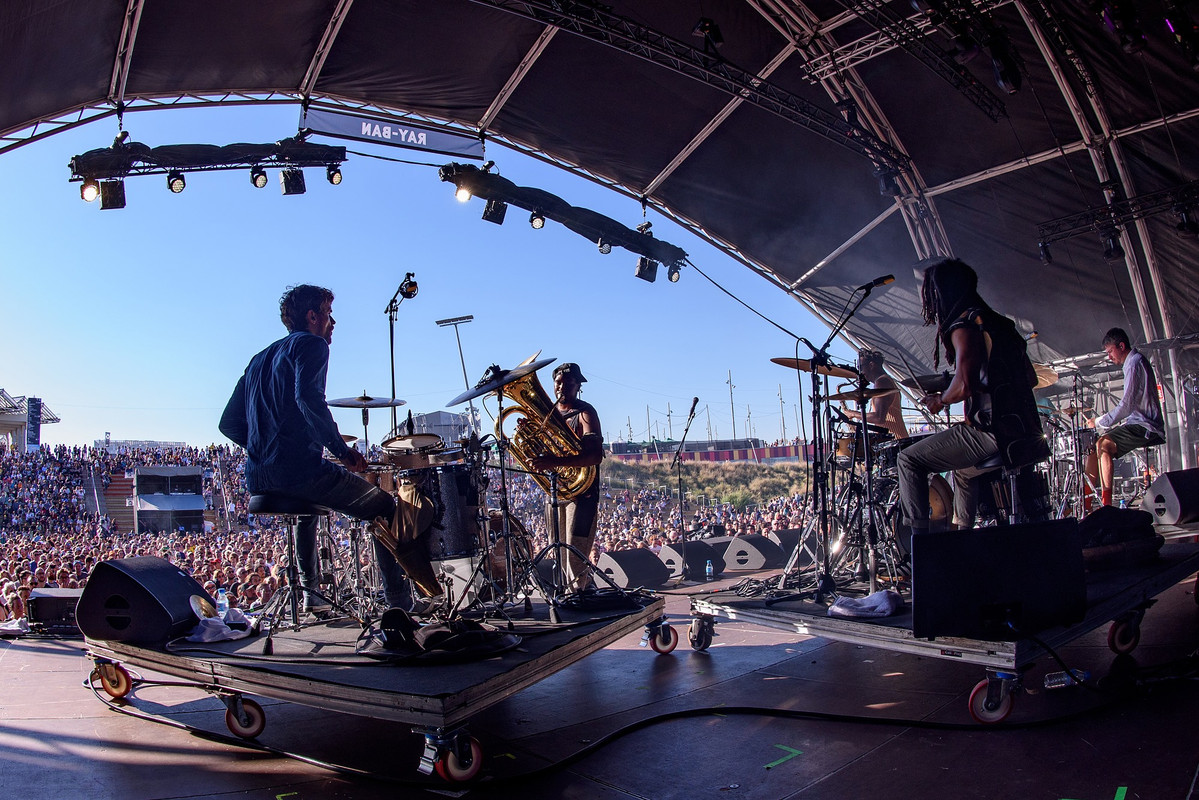 Where: Parc Del Forum in Barcelona

Another festival that requires grabbing that passport and heading to the airport, bags in tow - Primavera Sound Barcelona has been touted by many as the foreign alternative to the great Glastonbury Festival, largely due to the consistently outstanding lineups the festivals organisers offer, to their globe spanning audience.

Presenting an assortment of culturally remarkable bands, musicians, singer-songwriters, DJs and so on, the festival is inclusive of variety of genres and musical styles - non more so than hip hop.

Over the past two events alone, Primavera has seen headline performances from the likes of Danny Brown, Cardi B, Kali Uchis, Tyler, The Creator, Vince Staples, Migos, Princess Nokia, Pusha T, Loyle Carner, JPEGMAFIA... the list goes on and on.

In the mood to start planning your summer festival adventure in 2021? Be sure to check out skiddle's full festival guide here.