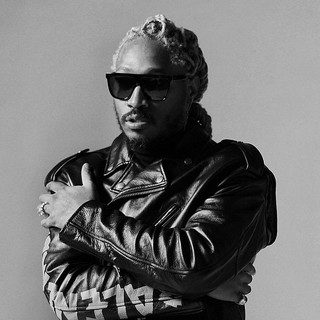 After releasing a series of moderately successful mixtapes between 2010 and 2011, Future signed a major label deal with Epic Records and fellow American rapper Rocko's A1 Recordings, which helped launch his own label imprint Freebandz. Future subsequently began working on his debut studio album "Pluto," and in April 2012 released the album to positive reviews. The album spawned five singles, all of which charted on the Billboard Hot 100. The album was later re-released in November, as "Pluto 3D." His second studio album "Honest," was released on April 22, 2014, and is also performing with his group Freeband Gang. He released his highly anticipated third studio album, "DS2," on July 16, 2015.

Future has been mentioned in our news coverage

Below is a sample playlists for Future taken from spotify.

Do you promote/manage Future? Login to our free Promotion Centre to update these details.