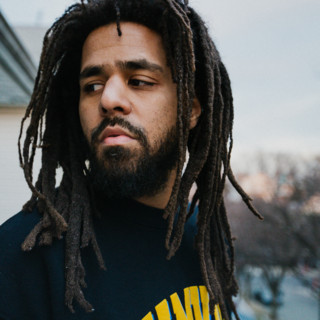 J. Cole’s sideline days are over.

With his first album Cole World: The Sideline Story, the Fayetteville, North Carolina MC solidified his position as a bonafide rap star touring the world with hit records and then earning himself a nomination at the 54th Grammy Awards. Now with his sophomore LP Born Sinner scheduled for a June 25 release on Roc Nation/Sony the once humble kid stands tall as confident man on a musical mission.

"I didn’t know conceptually what it was going to be, I just knew that I had to come right back. I wasn’t satisfied with the first album," Cole says of Born Sinner.

Cole’s first album hit #1 on the Billboard 200 albums chart when it was released in September 2011, earned him a gold plaque and spawned the platinum-selling, hit-single "Work Out." He promises Born Sinner will top it all. "I think I’m somebody that’s finally starting to realize how good I am and starting to realize I can do anything I put my mind to, as cliche as it sounds," he says.

Jermaine Cole got his start rapping and producing as a teen in North Carolina. In 2009 he signed to JAY Z’s Roc Nation then dropped his The Warm Up (2009) and Friday Night Lights (2010) mixtapes, which paved the way for his major label debut. He now stands as one of music’s most respected and sought after rap lyricists. Not only has Cole crafted underground favorites with Wale ("Beautiful Bliss "), Reflection Eternal ("Just Begun") and French Montana ("Diamonds") he has been called on by music’s biggest stars JAY Z ("A Star is Born"), Beyoncé ("Party" remix) and Kanye West ("Looking for Trouble").

Having experienced a healthy amount of success early on, for Born Sinner Cole made a creative return to the routines that initially got him his deal. "I got back to what it used to be, straight making music in the bedroom. No studio," he says.

J. Cole has been mentioned in our news coverage

Free Things to do in Birmingham

Here are the latest J. Cole mixes uploaded to Soundcloud.

Download our app or subscribe to our push notifications to get the latest alerts for J. Cole

Do you promote/manage J. Cole? Login to our free Promotion Centre to update these details.