» Events » Events by artist » The Streets 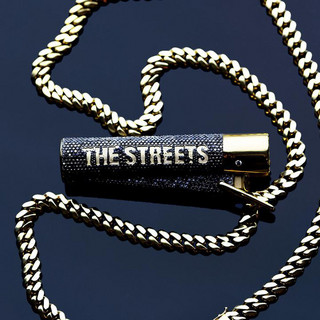 The Streets tickets and 2022 tour dates

A culturally important collective born out of the UK garage scene in the early noughties, The Streets changed the face of popular music in Britain forever upon their arrival almost two decades ago.

The recording project of English singer-songwriter, MC and record producer Mike Skinner, the Birmingham-based outfit are largely known for creating one of the most critically acclaimed and authentic UK rap albums of the 21st century – Original Pirate Material.

Considered a modern masterpiece, combining quintessentially British social commentary with various wide spanning musical influences – from hip hop to dance, 2-step, dub, reggae and dancehall – the Mercury Prize nominated album is as relevant and influential today as it was when it was released back in 2002.

Aiding the development and evolution of recently formed music genres such as grime, Original Pirate Material has left behind a lasting legacy, inspiring generations of home-grown artists to take up the torch of British hip hop – the likes of Plan B, Lily Allen, Lady Leshurr and Kojey Radical to name a select few.

Equally as successful, the chart-topping follow up to the groups debut, A Grand Don’t Come For Free (2004), and succeeding albums The Hardest Way to Make an Easy Living (2006) and Everything Is Borrowed (2008), helped to cement The Streets legendary status as a leading voice in the UK’s urban music scene.

After years of performing, heading out on huge tours and appearing on festival headline slots at events across the UK, Skinner eventually called time on the project, retiring from the limelight following the release of 2011’s Computers and Blues.

The Streets has been mentioned in our news coverage

The Best Santas Grottos in Birmingham this Christmas

Things to do in Bristol this Christmas

Live Review: The Enemy at the O2 Ritz, Manchester

Below is a sample playlists for The Streets taken from spotify.

Do you promote/manage The Streets? Login to our free Promotion Centre to update these details.