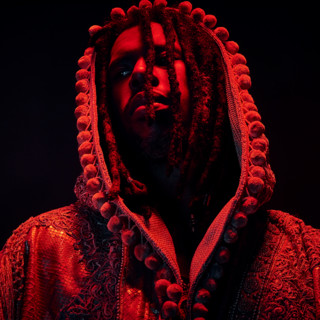 Los Angeles resident Steven Ellison. a.k.a. Juno Leed a.k.a. Flying Lotus is an electronic artist/hip-hop beat-maker, occasionally likened to artists such as Madlib , J Dilla and fellow LA resident The Gaslamp Killer for his more abstract and sometimes jazz-tinted style. Flying Lotus, often abbreviated to FlyLo, is currently signed to Warp Records, although he released his first album, 1983 on Plug Research Records, the label to which he belonged from 2006-2007. His June 2008 release, Los Angeles, with cover art designed by Build & Timothy Saccenti, was released to positive critical reviews.

Flying Lotus has been mentioned in our news coverage

Andreya Triana: playing jenga (badly) and 'things that are not ok'

Below is a sample playlists for Flying Lotus taken from spotify.

Do you promote/manage Flying Lotus? Login to our free Promotion Centre to update these details.