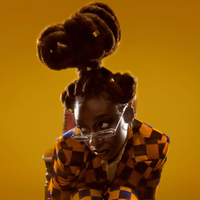 The Royal Bath and West Showground in Bath

Get more information about Boardmasters 2023 including festival tickets, news, reviews and lineups.

After several months of auditioning by the BBC for the show Spirit Warriors, it was announced in June 2009 that Simz had been cast in the supporting role of Vicky.

Simz is often nicknamed the Princess of Rap. She described her music as rap and experimental, with elements of rock.

Little Simz has been mentioned in our news coverage

The music industry is facing a cost of living crisis

Here are the latest Little Simz mixes uploaded to Soundcloud.

Do you promote/manage Little Simz? Login to our free Promotion Centre to update these details.