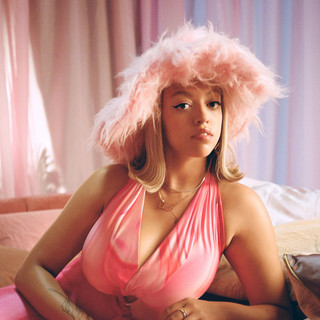 At 12 years old –the age most of us are aimlessly riding bikes or trying to avoid homework –Mahalia was picking up a guitar and penning love songs. With her entrancing, soulful tones, wise yet relatable wordplay and intuitive sense of melody, it quickly became clear that she had a natural sense of musicality, and that she’d be doing this for the rest of her life.

Now 19 and based in Leicester, Mahaliais ready to fully unleash what she’s been brewing into the world. In the time since she first picked up that guitar, she’s dropped a scattering of releases –from 2012’s indie-flecked acoustic dream Head Spaceto 2015’s gorgeously understated 4-track EP Never Change–which was premiered on i-D–and last year’s genre-flipping mixtape Diary of Me, picking up praise from the likes of The Independent, MTVand IDOL. In 2015, her unique voice caught the attention of Rudimental, who asked her to feature on their easy-going summer anthem “We the Generation”, pushing her name to a wider audience in the process. But for Mahalia, it feels as if she’s just getting started.

Her first official single, titled “Sober”, is a rich slice of R&B that recalls the likes of Erykah Badu, Sade and Lauryn Hill, but sprinkled with originality and pushed into the present day.“I’m sorry that there ain’t no time left, you and I are over, me and you are done,” she sings, her warm tones melding into the illustrious, groove-laden beat, her words hitting straight to the heart. The track is quintessentially Mahalia –encompassing the classic sounds of the past while refusing to be hemmed in by one particular genre; her open-hearted lyricism holding it all together like magic dust.

This unique sonic make up will undeniably see Mahalia produce a debut album that is her defining artistic statement. “I don’t care what anyone else thinks –I’m writing an album. That’s the next thing,” she says, “And I’d obviously love to tour the world. I just want to be making music and to happy.”

Mahalia has been mentioned in our news coverage

In the House: Terrence Parker talks golf and alien beings.

Here are the latest Mahalia mixes uploaded to Soundcloud.

Do you promote/manage Mahalia? Login to our free Promotion Centre to update these details.