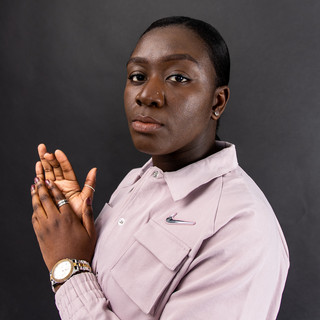 DJ and Producer, Kitty Amor has been working tirelessly over the years to earn her name within the underground House music scene. Specialising in Deep and African Electronic House music she has rapidly become the DJ she aspired to be all those years ago. Her musical style differs to many others with her manipulative selections and undeniable skill that leaves great impact to dance floors. With the way she connects with people through sound, Kitty was always destined to be a music supplier.

Through her mix compilations (House Es Amor & Appreciation), Kitty has continued to establish her sound in the UK, expand her fan-base and never fails to disappoint whenever/however she is heard. Following the success of these releases and delivering dynamic performances every time she graces the decks, Kitty Amor has been heavily recognised by iconic and established producers/DJs that she has always looked up to such as Black Coffee and Osunlade to name a few. Kitty Amor has supported and played alongside Atjazz, Culoe De Song, DJEFF, Roni Size, Horsemeat Disco and many more where she takes no prisoners in earning her spot on the bill. Her mark has been made internationally through performances at highly recognised festivals such as Soundwave Croatia and Nova Batida, as well as dominating stages in Ibiza, Amsterdam and Portugal.

Heading her residency club nights Motherland and Sessions, she has taken this brand to be established in London as one of the UK’s domain for African electronic music through her ability to create an immersive experience with sound and visuals enticing and welcoming music fans of diverse taste. January 2019, Kitty Amor became the first UK DJ from the Afro House scene to play at the Printwork’s - one of London’s biggest indoor venues. In addition to this, she has built a brand partnership with fashion brand NICCE who opened their N-Studio doors to her to host special mixes and collaborate on events, as well as showcasing her talent for Lynx Music.

Kitty Amor’s talent has been identified and respected in the house scene as a rising star that shines the brightest in the DJ booth.

Kitty Amor has been mentioned in our news coverage

The Guest List Podcast: Racism in the Music Industry

Here are the latest Kitty Amor mixes uploaded to Soundcloud.

Do you promote/manage Kitty Amor? Login to our free Promotion Centre to update these details.