» News and Features » The Best Music Festivals in the UK

Don't know what festival to go to this year? Check out this list of the best UK music festivals happening in 2023, and let us do the thinking for you!

The UK has a pretty enviable festival landscape, and there's one main reason for that, we're so bloody good at them! From our musical output as a country to the sheer vibes we all bring when we attend, UK music festivals are some of the best the World has to offer, and we wanted to let you in on which lines we think are going to be at the very top in 2023.

Whether you're a pop princess, a heavy metal mosher, an indie darling, a jazz enthusiast, or a mixture of the lot; there is a festival ready and waiting for someone of your taste to come and make it special. Such festivals are not limited to one area of the country either, with exceptional offerings coming from all stretches of the British Isles, ready and waiting for the mass migration to their corner of the country when it's time to plug in the mics and turn up the speakers.

Whatever your vibe this list will have something for you, so scroll down and check it out! Just make sure to get your tickets as soon as possible, as these will all sell out, don't say we didn't warn you!

Lancaster's number one open-air live music event, Highest Point has confirmed its return to the city's majestic Williamson Park next summer, and as UK music festivals go, it's right up there. 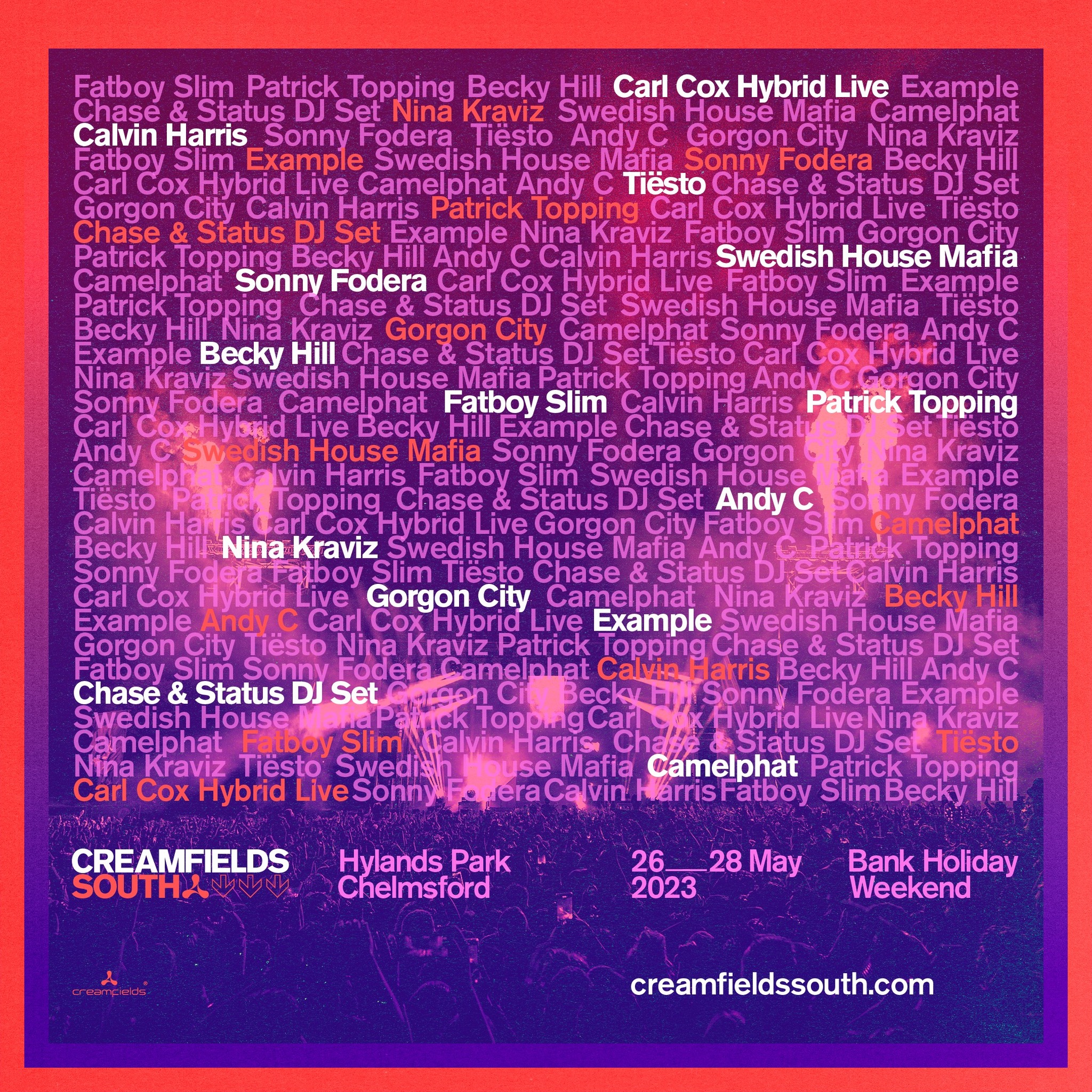 Where: Hylands Park in Chelmsford

Creamfields South's first phase of its line-up is no mean feat. Its main stage headliners for 2023 are Calvin Harris, Swedish House Mafia and Tiesto. Names don't get much bigger in dance music than these headliners, but there's also world-class talent found throughout the rest of the roster from Andy C and Camelphat to Carl Cox and Fatboy Slim; This one will be turning the heads of many a dance music fan.

The debut edition of Creamfields North's sister festival was last year and it was a resounding success that saw them plant their flag in the south. Plus, as Creamfields North is already sold out, there are few better hints that Creamfields South will be the event for you. Get those tickets sorted before the eventual sellout, you won't want to miss out on this. 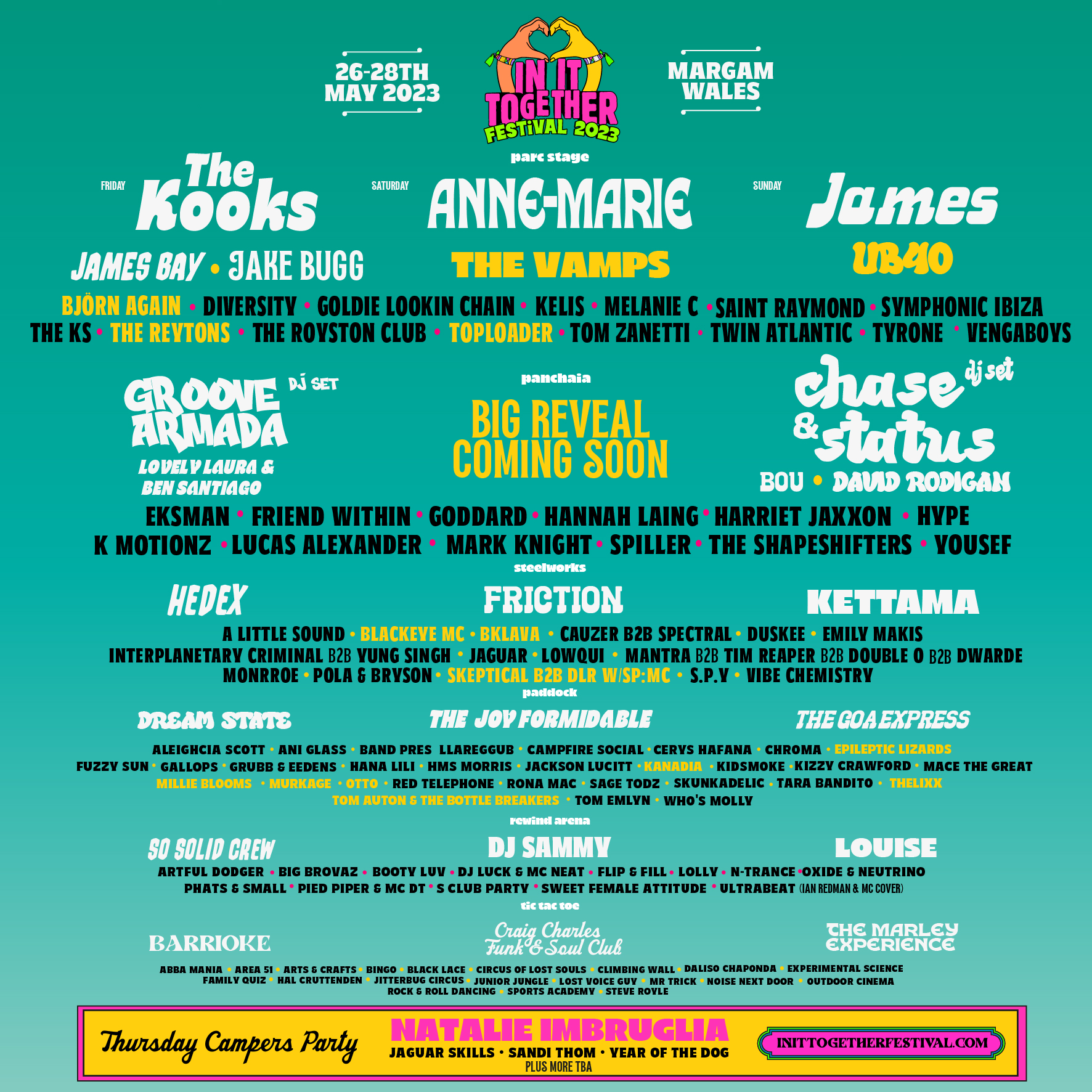 Wales’ biggest and best festival, the genre-spanning grounds of In It Together, is returning to Old Park Farm, Margam in May 2023 with an impressive set of star-studded acts and experiences to make it the ultimate weekend of jam-packed fun to remember!

Expect a weekend party like no other, filled with incredible music acts, a huge amount of family fun, and memories to last a lifetime. The family camping weekender, which will welcome up to 40,000 people to Port Talbot, is the biggest festival of its kind in Wales. As well as welcoming international superstars to the Welsh valleys, the festival will also support over 50 Welsh artists as it showcases the country’s finest exports.

With a lineup like this one, it's incredibly hard to ignore, and we for one will be doing our best to make it, especially for a bit of Natalie Imbruglia making us all torn on the Thursday.

Tickets for In It Together 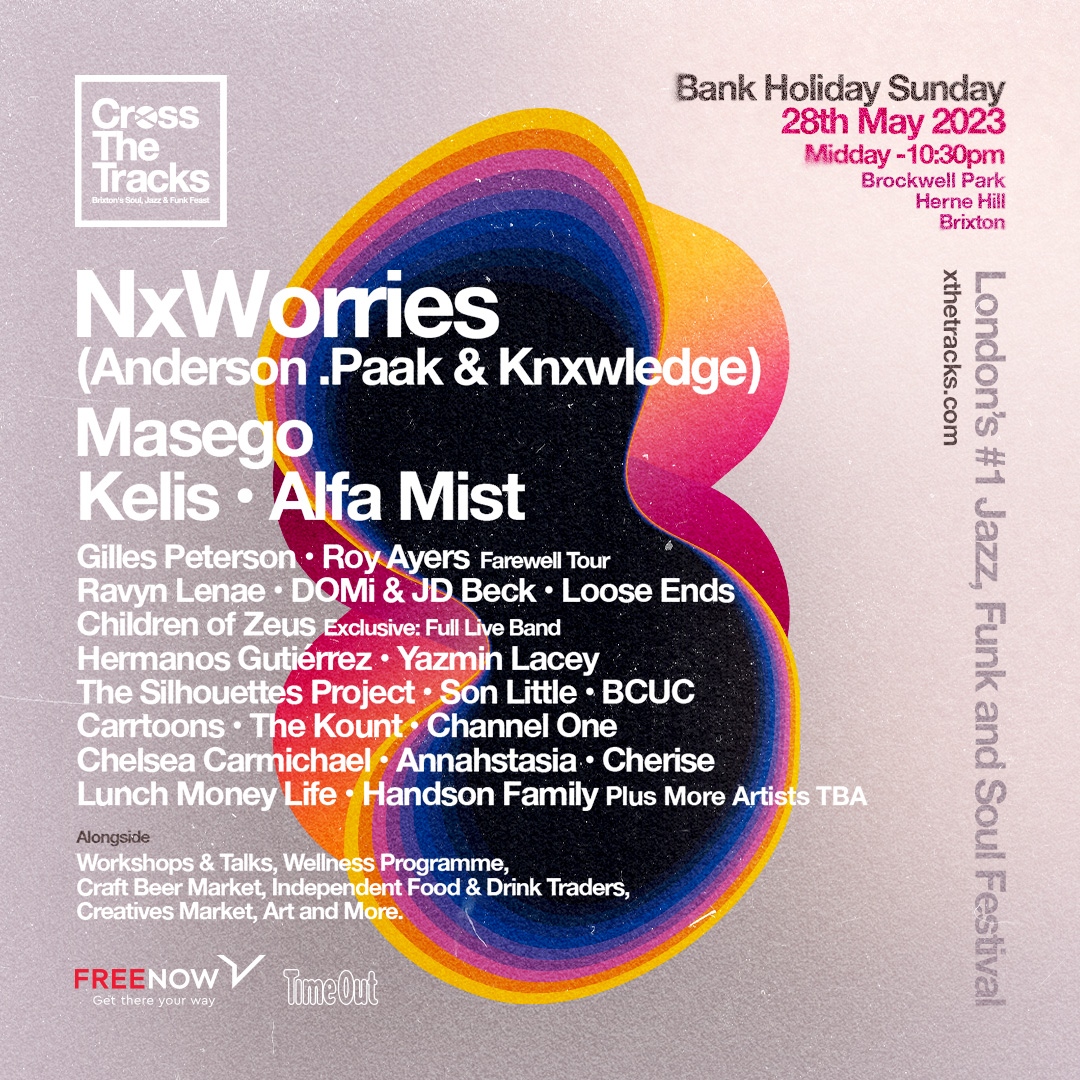 Where: Brockwell Park in London

Probably the coolest festival on this list, and for good reason, Cross the Tracks is a breath of fresh air amongst the festival landscape, and it is returning to South London in 2023 at Brixton's luscious Brockwell Park for a day of music, food, workshops, talks and more.

A mixture of legendary and upcoming artists have been invited once again to represent a hybrid of jazz, soul and funk, and the lineup is well and truly stacked with awesome talent.

They will also be inviting some of London's most talked about street food traders, alongside the city's finest craft beer brewers, For a gastronomic experience that few festivals could even hope to achieve. Plus, outside of food and music, there will also be talks, panels, workshops, a wellness area and creative markets including a record and art fair. It's truly one of a kind.

Tickets for Cross The Tracks 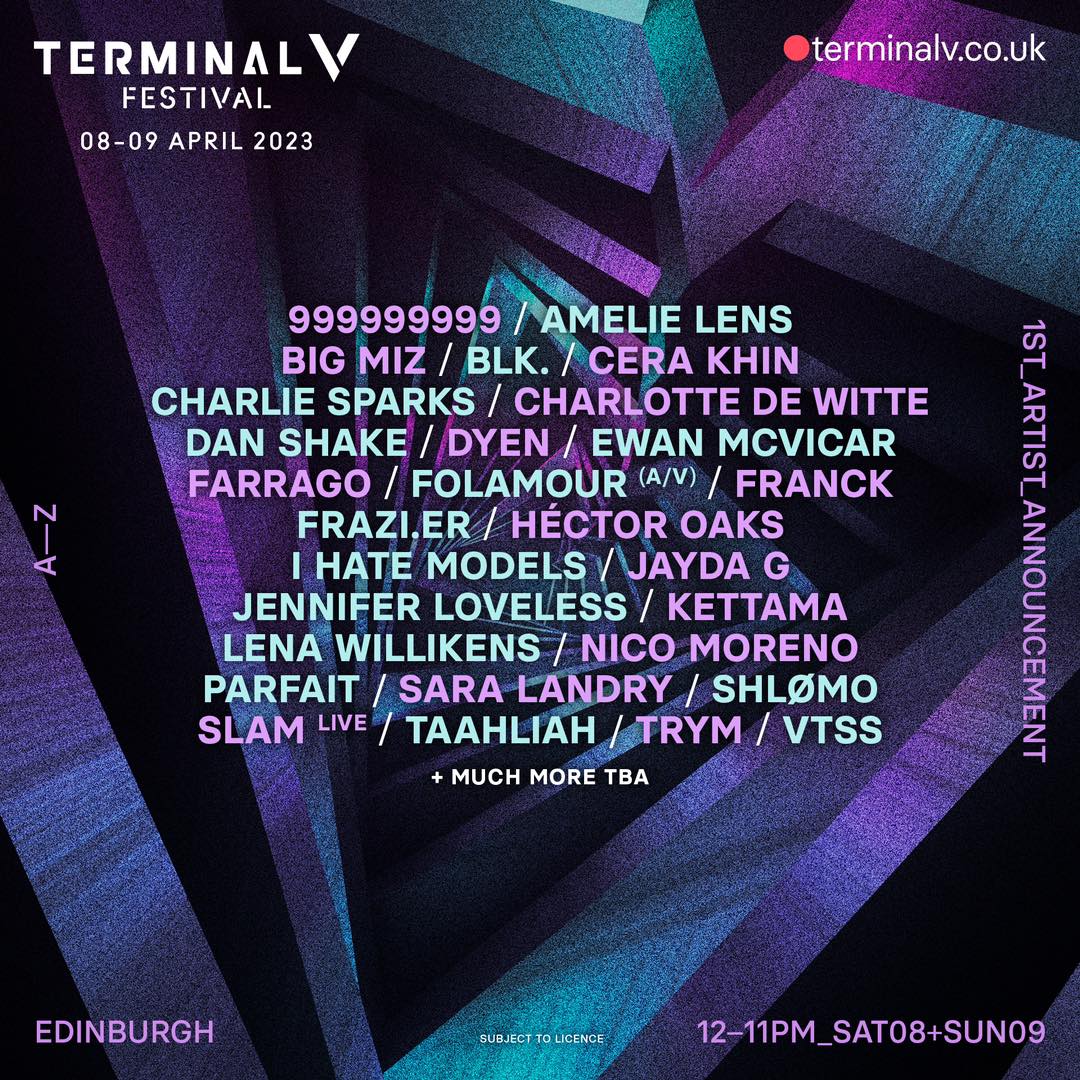 The mighty Terminal V returns to the Royal Highland Centre in Edinburgh for another huge edition in 2023 after the wild success of its return last year.

One of Scotland's largest electronic music festivals, that will welcome over 20,000 over two days in the showground close to Edinburgh Airport, boasting five stages and some of the biggest names in the business. 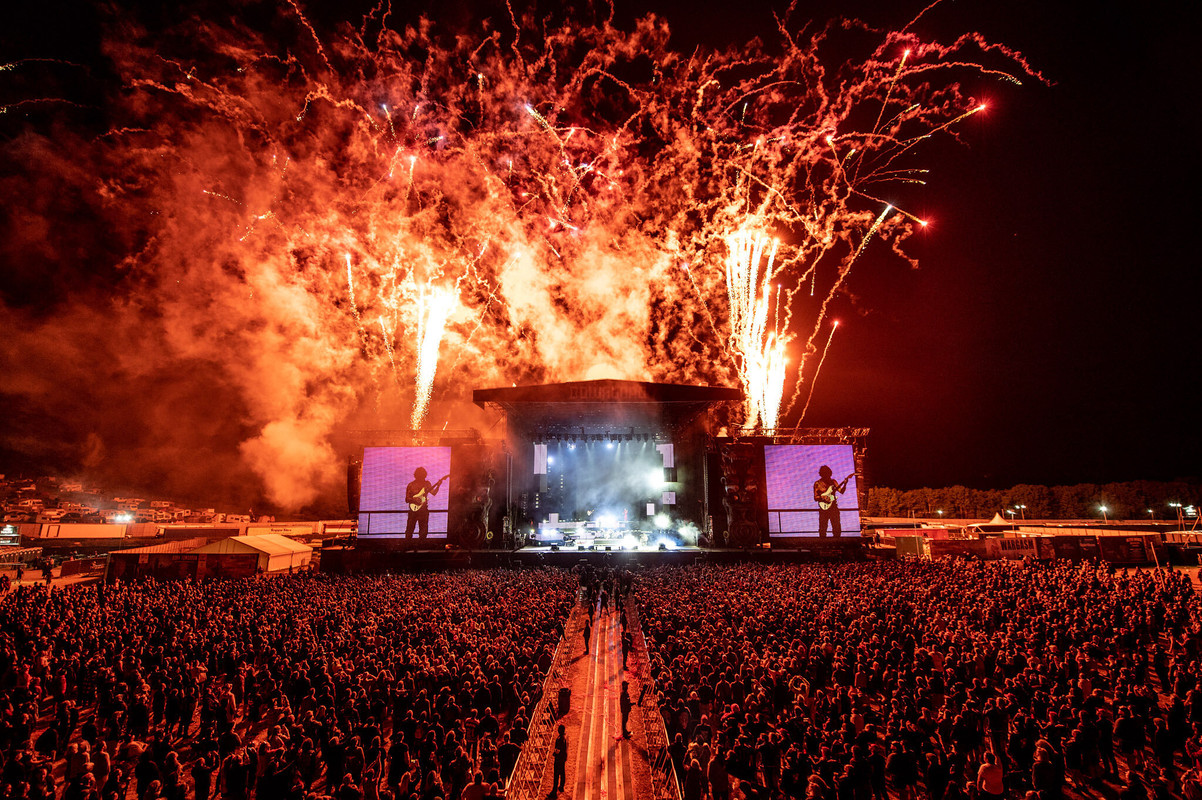 Where: Donnington Park in Derby

The annual gathering welcomes performances from some of the biggest names in the game, and this year, they’re going hard for their 20th anniversary, adding an extra day of tunes.

Metallica will headline two nights, playing two completely different sets, and we’ll also be treated to headline sets from Bring Me The Horizon and Slipknot.

You can find just about every heavy genre on Download’s lineups including metal, punk, rock, alt-rock, death metal, metalcore, nu-metal, and everything in between, with a splash of electronic music courtesy of Pendulum. We’ve only had one lineup announcement so far, so keep your eyes peeled for more announcements but know that it’s going to be huge. As music festivals in the UK go, this is pretty much rock and metal Mecca. 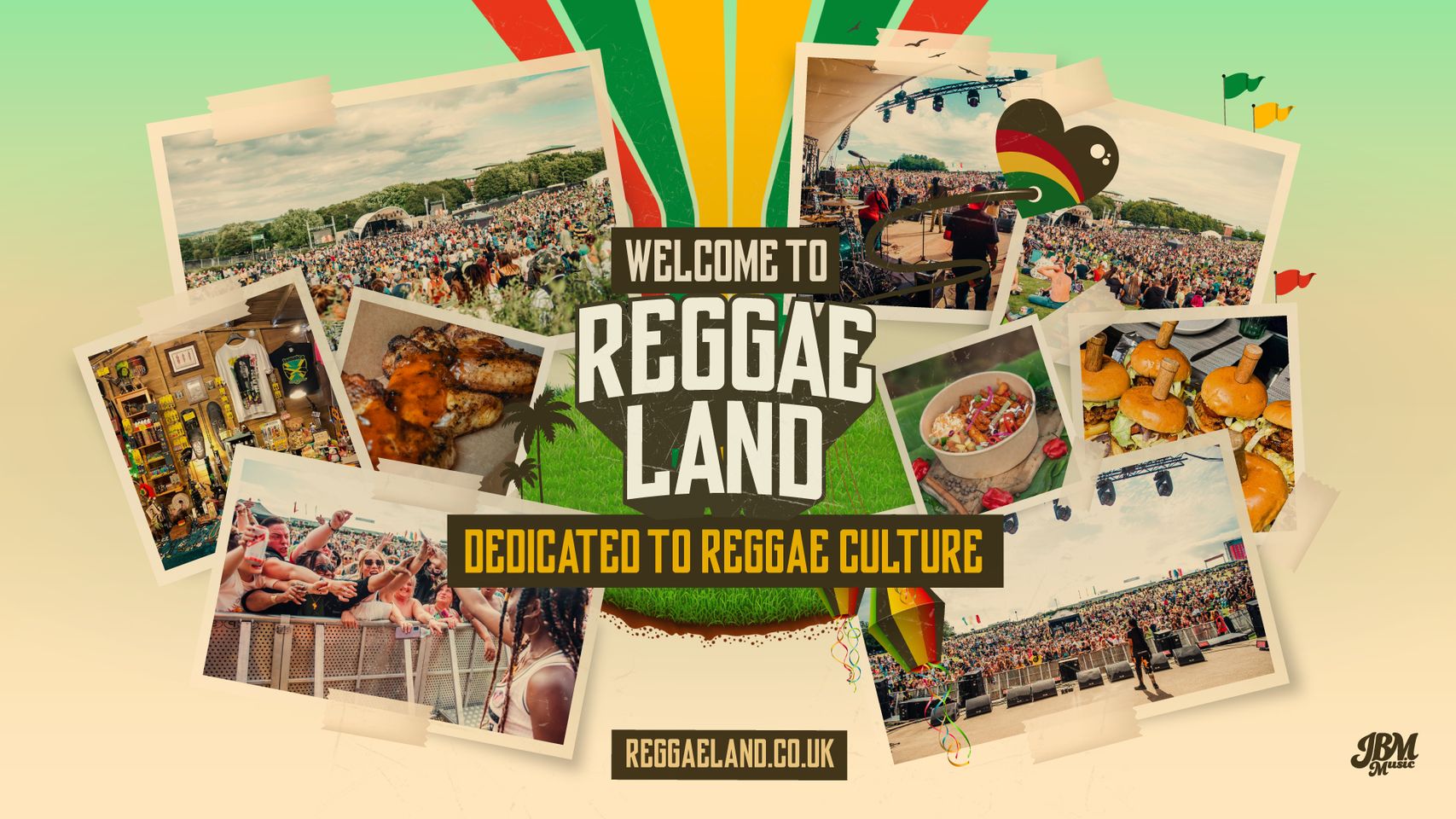 Where: The National Bowl in Milton Keynes

The most authentic Reggae experience on the UK festival calendar, Reggae Land has confirmed it is back once again in 2023. Residing over the colossal National Bowl in Milton Keynes, the two-day spectacle promises to once again present a long list of new stars, enduring pioneers and legends to all who choose to experience the Caribbean wonderland.

The hugely popular family-friendly event will have 50-plus acts, representing the very best in dub, reggae and dancehall, will appear across four stages, with a bounteous offering of mouth-watering Caribbean food and alternative entertainment options - from flea markets to fairground attractions - also available.

Details of the lineup for Reggae Land 2023 have yet to be disclosed. Keep a keen eye on Skiddle for updates coming soon. 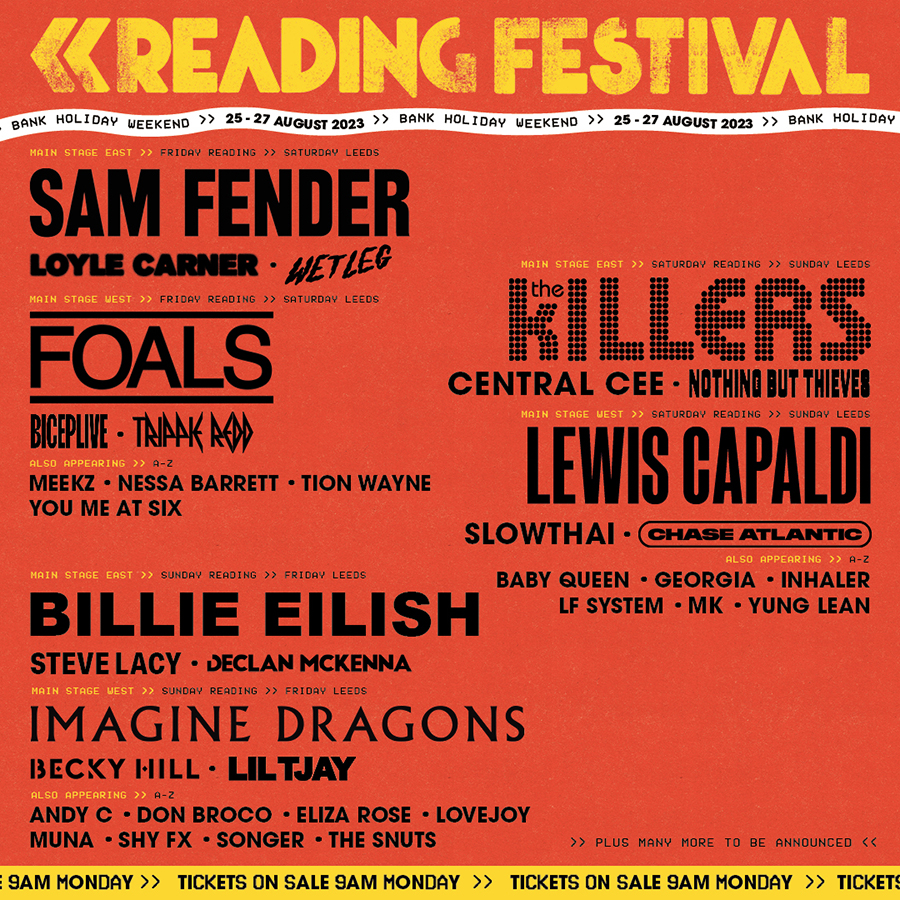 Despite welcoming more genres into the fold, something about Leeds/Reading will always remain distinctively indie and you can see that in the 2023 lineup. With indie darling Sam Fender commanding a headline spot, alongside fan-favourites Foals, and huge superstars like The Killers and Imagine Dragons, it still holds its former essence in very high regard.

The alternative acts, although from other genres, do still feel quite indie too. With the likes of Loyle Carner, Billie Eilish and Steve Lacy on the Bill, there are lots that fans of indie will more than likely also be into. Whatever your taste there's no shortness of excitement surrounding this lineup where there's an artist or band for pretty much anyone. 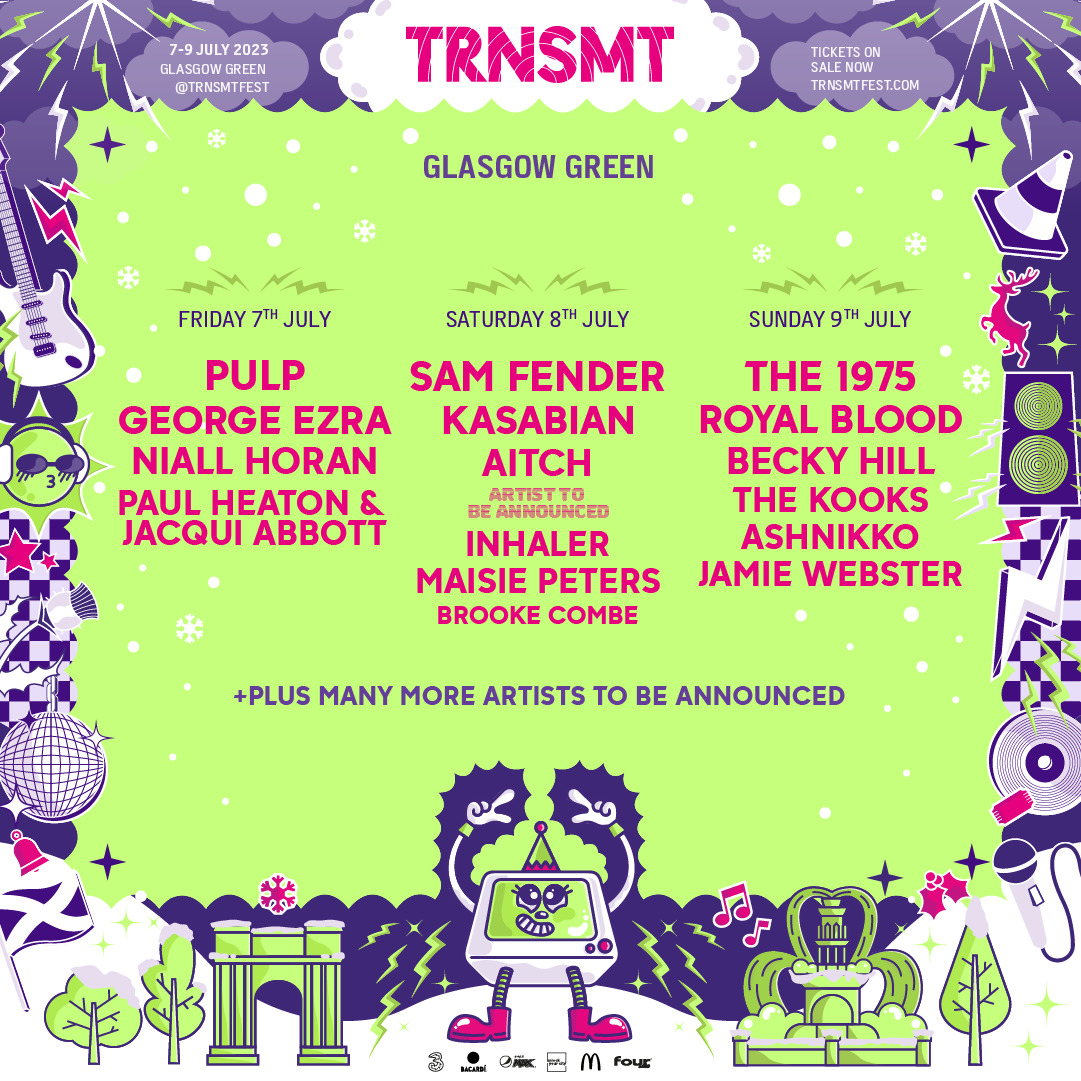 Where: Glasgow Green in Glasgow

TRNSMT has quickly become one of the biggest festivals in the UK scene since its inception in 2017 and has come through once again with an incredible lineup for 2023. You’ve got a fantastic range of old and new with Britpop legends Pulp returning to headline the first day, current indie Darling Sam fender headlining the next, and then indie pop superstars The 1975 closing.

Amongst the rest, there's a whole range of incredible talents such as Kasabian, Royal Blood, George Ezra and Jamie Webster to name a few, all acts you’ll see headlining elsewhere. So, get on the phone with your mates and convince them to have a weekend away in Glasgow, you won't regret it. 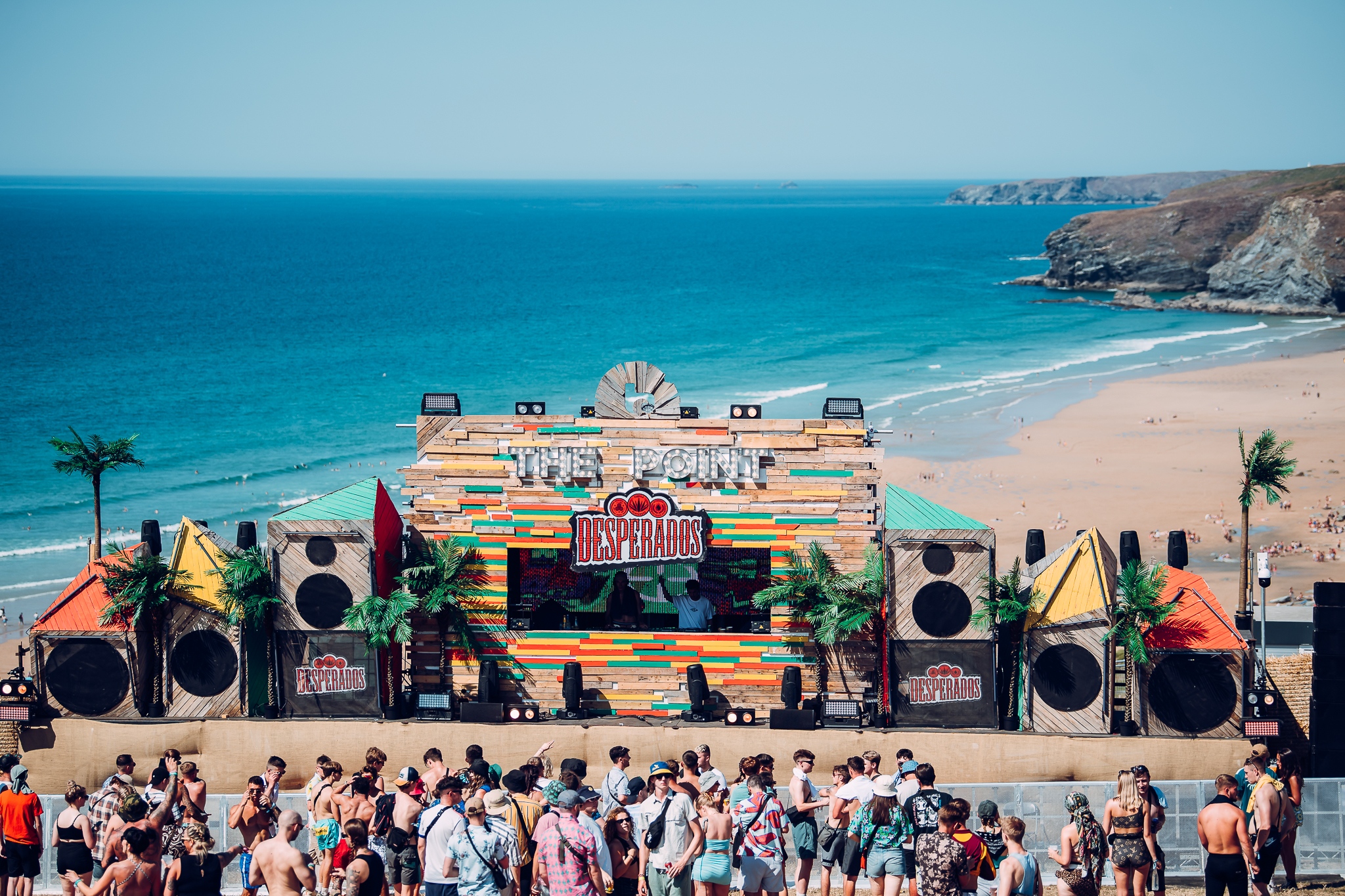 Where: Newquay Fistral Beach And Watergate Bay in Cornwall

Boardmasters is the ultimate party by the beach. Taking place on Fistral beach in Newquay, the festival has a strong ethos of sustainability and surfing. Offering you a place throughout the day to pick up a board yourself, a space where you can watch the pros, or one to just take in the various entertainments on offer.

The festival boasts 11 different stages, ranging from smaller local folk acts to huge headliners, with the likes of George Ezra, Disclosure and Kings Of Leon performing Last year, you just know that this year's lineup will be delivering, even if it hasn't been announced yet. This one’s always a vibe, and arguably has the best campsite in all of the UK festival scene. Get your tickets and you’ll see exactly what we mean.

Skiddle Recommends: The Best Events to Attend in February 2023

Here are the names announced for Parklife 2023