» Events » Events by artist » The Prodigy 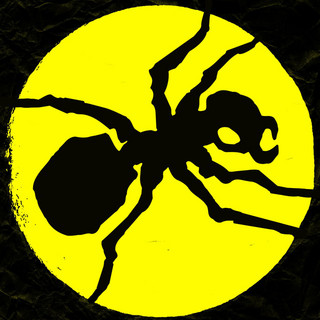 The Prodigy tickets and 2023 tour dates

When Liam Howlett walked into the XL offices with his 10 track demo in 1990, not even he could have guessed the significance of that meeting. After an initial limited pressing of ‘What Evil Lurks’ made its way into record bags and clubs across the country, it was the second release of ‘Charly Says’ that really set out The Prodigy’s stall. Blending an irreverent bank of samples into a rave scene anthem, ‘Charly Says’, despite critical passiveness at the time, captured the hearts of the clubbing scene and announced the talents of Liam Howlett, Keith Flint and Maxim Reality.

What followed was one of the most influential electronic albums in history. ‘Experience’ enjoyed massive success as Howlett and co refined their breakbeat rave stab sound, and changed the face of clubbing in the UK. Inviting many imitators, nobody else quite captured the dance music zeitgeist anywhere near as successfully as The Prodigy.

Using samples from contemporary reggae, and pitched up vocal clips, Prodigy had made their initial trademark sound. Concerned about the unwanted label of ‘Kiddie Rave’, their second album saw them hone their underground influences and send things somewhat darker, getting back in touch with the maturing rave scene.

Introducing a big beat, electronic industrial, and even punk and incendiary grunge edge to proceedings, The Prodigy’s ‘Music For The Jilted Generation’ displayed their adeptness at changing up the formula to stay one step ahead of the rest, pushing their sound forward. Tracks like ‘Voodoo People’ brought their original sound up to date, whilst ‘Their Law’ demonstrated a darker sound that would enthrall the masses.

This darker sound culminated in the incredible, original, and controversial ‘Fat of the Land’. Very much in their big beat stride, the vocals of Keith Flint and the honed production values featuring sharper than ever percussive oomph lead to the infamous, oft parodied ‘Firestarter’ - propelling them well and truly into public consciousness. ‘Smack My Bitch Up’ followed, causing uproar with its controversial lyrics and shocking video from Jonas Akerlund. Restricted air times and bans following, which only heightened the exciting furore around the Essex based dance music pioneers. Liam Howlett later sunk his teeth into Dirtchamber sessions, a truly original mix cd that showcased some of the bands influences and changed the way producers approached the medium.

A two year hiatus followed, leading to 2004’s welcome return with ‘Always Outnumbered, Never Outgunned’. Toning down the controversy and turning back up the dancefloor sensibilities, the album went straight in at number one. Since then The Prodigy have returned with vigour to get back to their rave roots. ‘Invaders must Die’ and ‘How to Steal a Jet Fighter’ have seen Liam Howlett, Keith Flint and Maxim Reality in rich vein of form, as they once again get in touch with the public’s desire for edgey, dancefloor music, full of passion, creativity, and tenebrous panache.

The Prodigy has been mentioned in our news coverage

Below is a sample playlists for The Prodigy taken from spotify.

Do you promote/manage The Prodigy? Login to our free Promotion Centre to update these details.