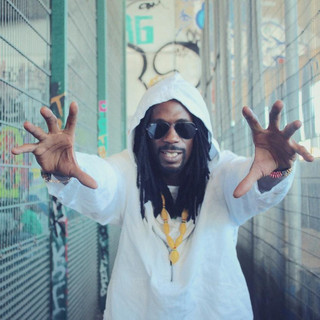 The Assembly in Leamington Spa

East Of England Arena And Events Centre in Alwalton

The Bullingdon in Oxford

Growing up in North London, General Levy started off his career by becoming a DJ. His first ever release was for Robbo’s Muzik Street label in 1988 and it was called ‘New Cockatoo’. Moving onto South London, he found a home on Fashion Records where he released his debut album with DJ Capleton.

He had further releases on the label such as ‘Heat’, ‘Breeze’ and ‘The Wig’ which established him as one of the best and most popular British DJs. His reputation has seen him as somebody who is both capable of serious cultural critique and tongue-in-cheek lyricism.

In 1992 he branched out to hip-hop with his album ‘The Wickeder General’ taking him to a whole new level. But he’ll always be known for his work within reggae and as a key figure in its mainstream inception in the 90’s in the UK. He’s still producing banger after banger today and his live performances are just as rowdy and exciting.

General Levy has been mentioned in our news coverage

Below is a sample playlists for General Levy taken from spotify.

Do you promote/manage General Levy? Login to our free Promotion Centre to update these details.