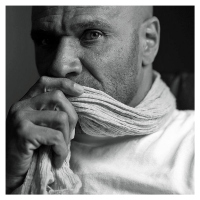 Get more information about We Out Here 2023 including festival tickets, news, reviews and lineups.

In my music," says Goldie, "is everything I've learned, everyone I've met, everything I've experienced." And it's been an incredible trip. The maverick innovator -- who rewrote the future of the jungle scene with landmark releases that still sound like they were kidnapped from tomorrow -- has a unique story to tell. From children's homes in the West Midlands through stints in New York and Miami as one of the UK's most celebrated exponents of graffiti art to rubbing shoulders with an exceptional list of musical collaborators including David Bowie, Noel Gallagher and KRS-One, Goldie has defiantly, definitively, done it his own way.

"I'm an alchemist," he likes to insist. "I practice the dark arts of messing with the form of something solid."

Though marriage and his passion for bikram yoga have, he says, proved a calming influence, these days he's just as full of inspired, out-there ideas as he was back in 1993 when he did his first cover interview for the rave magazine Generator. "My music is about fallout," he said then, "about the damage that has been done to the system." Today, in the office of one of his London-based contacts, the ideas are still sparking. "Drum'n'bass has done to electronic music what graffiti has done to the art world," he muses, before launching into a rapid-fire synthesis of art history, dancefloor evolution and his own hyperactive brand of self-actualization, which loosely translates as: "Why do something ordinary when you can do something extraordinary?"

Goldie has been mentioned in our news coverage

Here are the latest Goldie mixes uploaded to Soundcloud.

Do you promote/manage Goldie? Login to our free Promotion Centre to update these details.