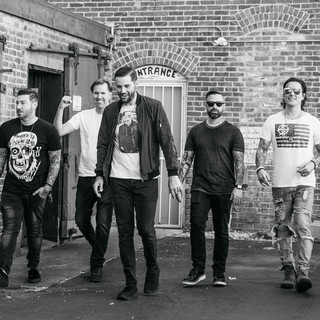 The band was formed in 1999. Avenged Sevenfold's first album, Sounding the Seventh Trumpet, was recorded when the band members were eighteen years old. It was originally released on their first label, Good Life Recordings. After lead guitarist Synyster Gates (also known by Brian Haner Jr.) joined the band, the introductory track "To End The Rapture" was re-recorded with Gates playing, and the album was re-released on Hopeless Records. Their follow-up album, entitled Waking the Fallen, was also released on Hopeless Records and was awarded a positive rating in Rolling Stone magazine. Shortly after its release, Avenged Sevenfold were signed to Warner Bros. Records.

Avenged Sevenfold has been mentioned in our news coverage

Final headliner confirmed and tickets on sale for Download 2018

Here are the latest Avenged Sevenfold mixes uploaded to Soundcloud.

Do you promote/manage Avenged Sevenfold? Login to our free Promotion Centre to update these details.