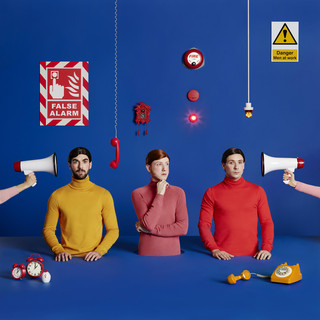 Get more information about Leeds Festival 2021 including festival tickets, news, reviews and lineups.

Get more information about Reading Festival 2021 including festival tickets, news, reviews and lineups.

Two Door Cinema Club are an electropop/alternative band from Bangor and Donaghadee, Northern Ireland formed in 2007. The band consists of Alex Trimble (vocals, guitar), Kevin Baird (bass, vocals) and Sam Halliday (guitar, vocals). The band does not have a permanent drummer, but they have been touring with drummer Benjamin Thompson. According to Songfacts, the band's name came about after one of the members mispronounced the name of the local cinema, Tudor Cinema, and it stuck.

Two Door Cinema Club has been mentioned in our news coverage

Below is a sample playlists for Two Door Cinema Club taken from spotify.

Do you promote/manage Two Door Cinema Club? Login to our free Promotion Centre to update these details.