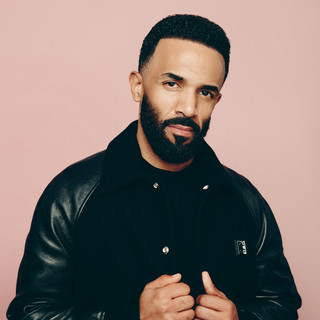 Head here to get the lowdown on Camp Bestival 2023

From a UK Garage pioneer to a mainstream multi-million seller, Craig David is so much more than your average artist. The Southampton born singer is a truly exceptional individual who transcends the norm, consistently outdoes expectation and continues to push musical boundaries. It’s incredible to consider what he’s achieved during his ten year career. From Ivor Novello awards to sales of over 13 million, 2 No.1’s, 13 Top 10 hits, huge success in America and sold out shows across the world, Craig is one of the UK music scene’s most successful male solo artists. As well as awards, acclaim, platinum sales and sold-out tours, the singer/songwriter is one of a handful of artists able to balance incredible commercial success with can’t-pay-for-it credibility.

In addition to albums sold and awards won, Craig has helped redefine British pop music. Years before Disclosure, Rudimental or Clean Bandit arrived on Radio 1, Craig brought everything from UK garage, to stripped back acoustics and electro-edged R&B to the UK charts. His 13 top 10 singles, including Fill Me In, 7 Days, Walking Away, What’s Your Flava, Hot Stuff (‘Let’s Dance’), and the incredible duet with Sting, Rise And Fall, established Craig as an indisputable commercial success, and proved that British urban music had the power to go pop. Both the record industry and music fans acknowledged Craig’s contributions with three Ivor Novellos, (including the two highly prestigious awards for Songwriter Of The Year and Best Contemporary Song), four MOBOs, two MTV EMA awards and three sold-out shows at Wembley Arena, plus multiple Brit and Grammy award nominations. Proving his popularity has far from faded, last year, MTV viewers voted Craig’s Born To Do It the second Greatest Album Ever in MTV history, just behind Michael Jackson’s Thriller.

As well as his work in music, Craig has received a number of life affirming honours during his career. Southampton Solent University awarded Craig an Honorary Doctorate of Music, and on 24 March 2010, he was appointed as a UN Goodwill Ambassador for the Stop TB Partnership. He was also part of the celebrity Desert Trek team who walked 100km across the Northern Kenya desert to raise awareness and money for Comic Relief in February 2011.

In February 2013, Craig announced a worldwide tour, taking the international superstar to Indonesia, Australia, Europe and the UK, selling out venues in every country along the way.

Craig’s continued influence on the current music scene has been highlighted recently with Justin Bieber sampling ‘Fill Me In’ in new track ‘Recovery’; Preditah’s use of ‘Rewind’ in his latest single ‘Selecta’, and Conor Maynard return’s to the music scene with ‘Talking About’ a song written by Craig and Emeli Sande’s producers MoJam. His appearance on Radio 1Xtra’s #60MinutesLive with Mistajam notched up 3 million views in 24 hours – his 2015 version of Fill Me In vs Jack U’s ‘Where Are U Now” proving a particular highlight. This resulted in super produce Diplo inviting Craig as a surprise performer at Major Lazer’s sold out show at Alexandra Palace in London in front of 5000 people.

Currently Craig is working on his next, highly anticipated studio album set for release later this year. He has been working with internationally renowned producers and songwriters such as Ed Drewett, Wayne Hector, Invisible Men, Toby Gad, Diplo, Cutfather, Chase & Status & Shy FX. He is also collaborating with artists such as Katy B, Conor Maynard, Karen Harding, Blonde, Big Narstie and White N3rd.

Craig David has been mentioned in our news coverage

Here are the latest Craig David mixes uploaded to Soundcloud.

Do you promote/manage Craig David? Login to our free Promotion Centre to update these details.