Monday blues, be gone. Check out some of the best new events on Skiddle with tickets now on sale!

Are you on the hunt to find that ideal festival excursion this summer? This week's New On Skiddle might just be the place you'll find it!

There's a score of mind-blowing open-air events that have recently come on sale, each featuring a broad range of sounds courtesy of a list of musical icons. From disco legend Nile Rogers with his band CHIC and Irish folk star, Van Morrison, to contemporary dance greats the likes of Skream, DJ Spoony, Ben UFO and many more - Take a browse through this week's inclusions and book your next musical escapade today.

(Click or tap on the event titles, artist and/or venue names below for tickets and more) 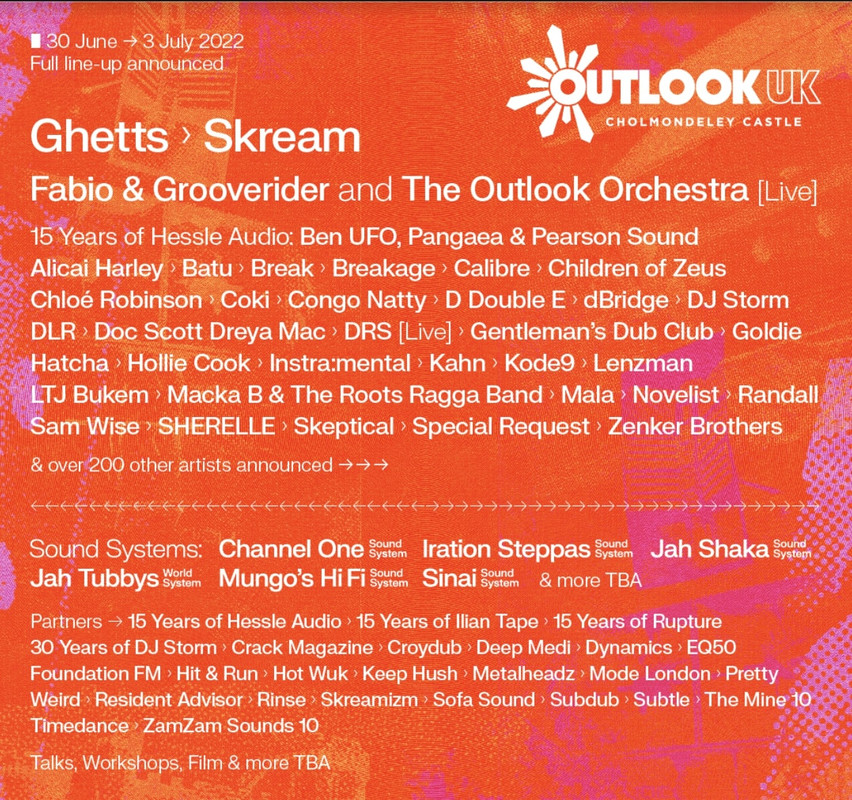 Where: Cholmondeley Castle Estate in Malpas

For the first time ever, Croatia's number one bass music offering, Outlook Festival lands on British shores this summer.

For an unforgettable four-day-long dance music experience in a truly scenic location this year, we highly recommend Outlook UK. 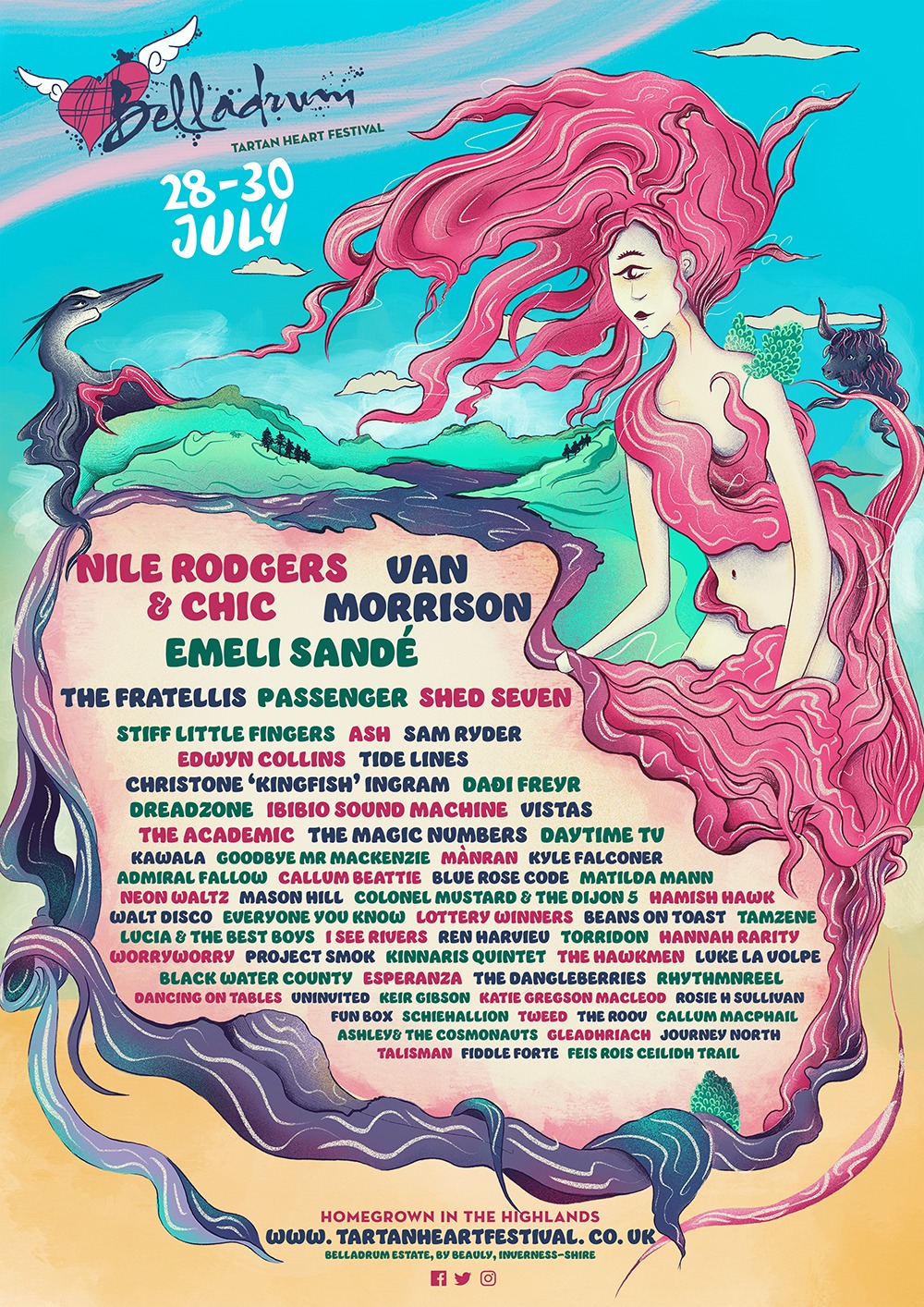 Where: Belladrum Estate in Inverness

Arguably Scotland's biggest and most popular outdoor live music event, Inverness' Belladrum Tartan Heart has been attracting thousands of music fans from all corners of each of the home nations for nearing on two decades. And for good reason.

Don't just go for the music! This three day affair offers a wide range of entertainment besides the music, from live standup comedy and wrestling, to art installations, whisky tastings and much more. 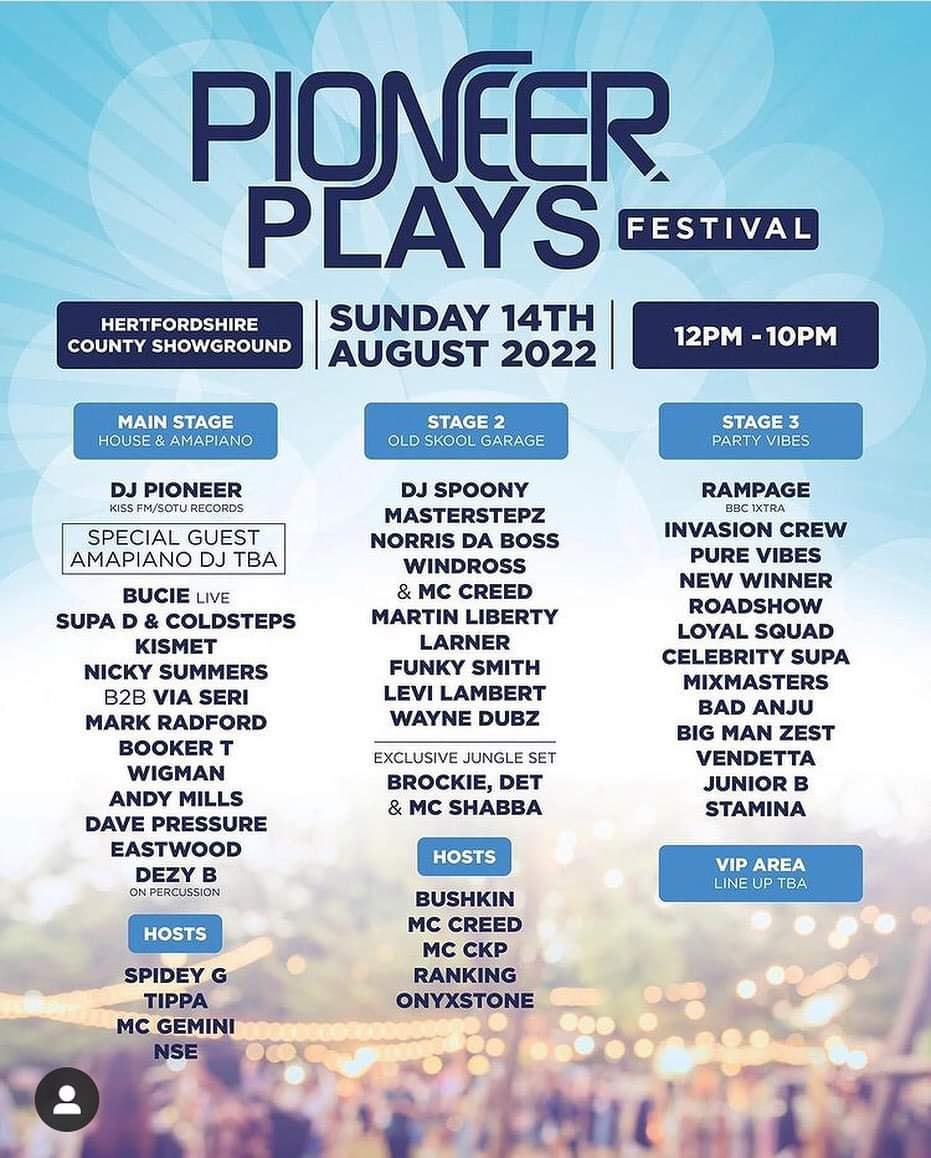 Off the back of the successes of his Pioneer Play club events, promoting some of the best selectors and original talents in amapiano, garage, funky house and jungle, the brand new event will see punters dancing for up to ten hours across four different arena's.

The lineup includes known legends such as DJ Spoony, one of three members of influential garage production collective, the Dreem Teem, Booker T, Rampage and, of course, DJ Pioneer himself (Full lineup details above). 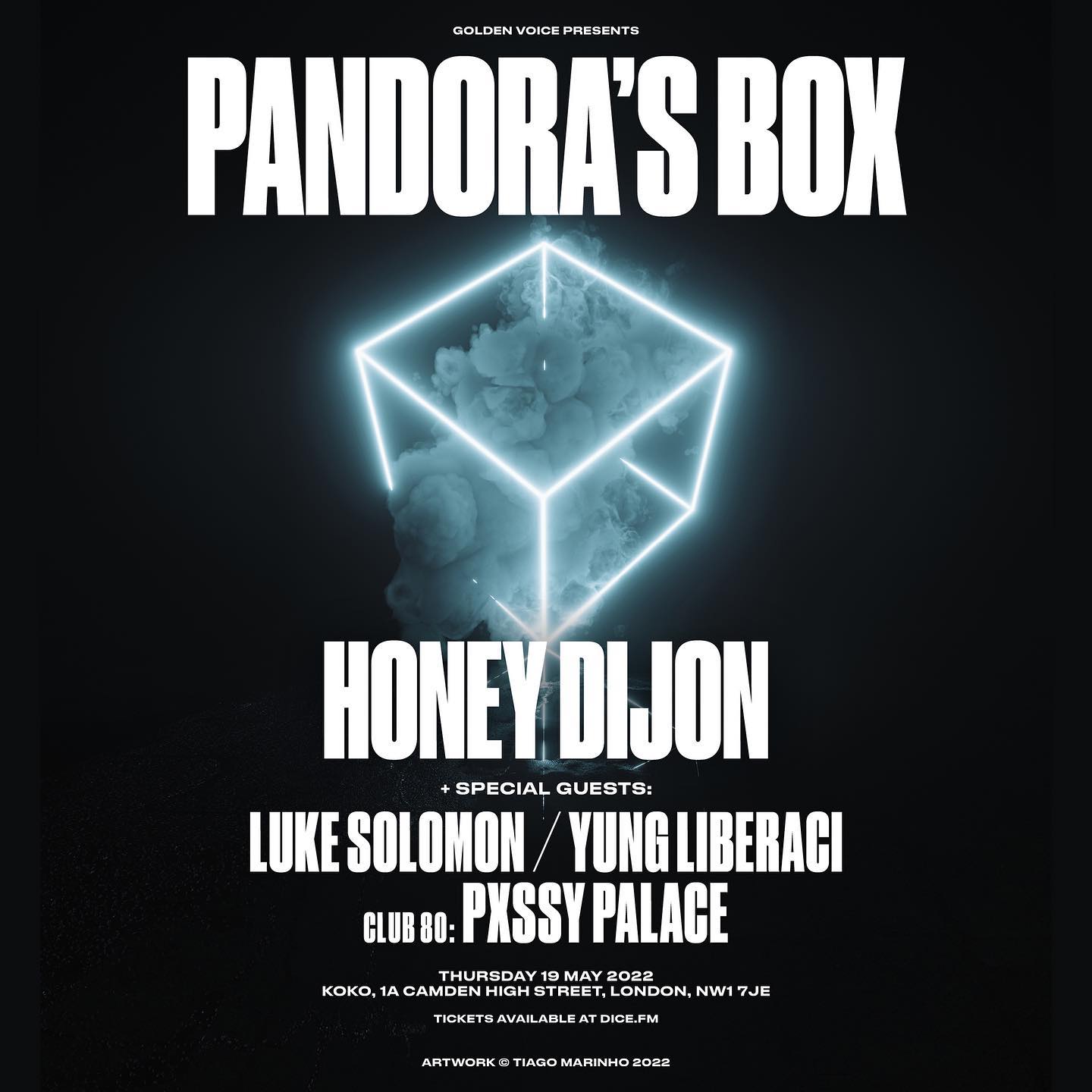 Where: KOKO in London

The Chicago-born, New York City-based, Berlin regular will touch down in the English capital in a little over a weeks time, bringing her bold and brazen DJ'ing style to London night club, KOKO.

The event, branded 'Pandora's Box', will see Honey Dijon delivering her customary genre-splicing set alongside a handful of other highly-regarded music figures. Unsung hero of the British house music scene, Defected Records and Honey Dijon collaborator, Luke Solomon will be on hand to show his expertise with special guests, Yung Liberaci and arts platform, PXSSY PALACE also bringing the vibes on the night.

Tickets are, understandably, expected to sell out for this one. Act fast and get yours now below... 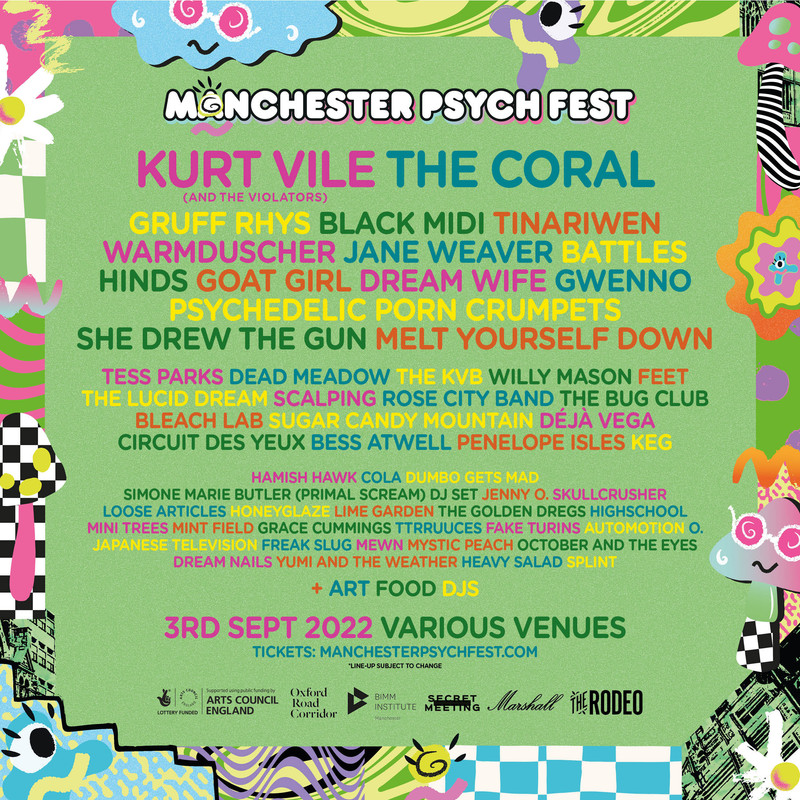 Where: Various Venues Around Manchester in Manchester

Taking over the city on Saturday 3rd September, venues such as Gorilla, YES and the Deaf Institute will all once again play their part, hosting some of the most talented names around. Groups and solo artists representing the various sub-genres of psych will take to stages throughout the day, including headline acts Kurt Vile, The Coral, Tinariwen and Black Midi. 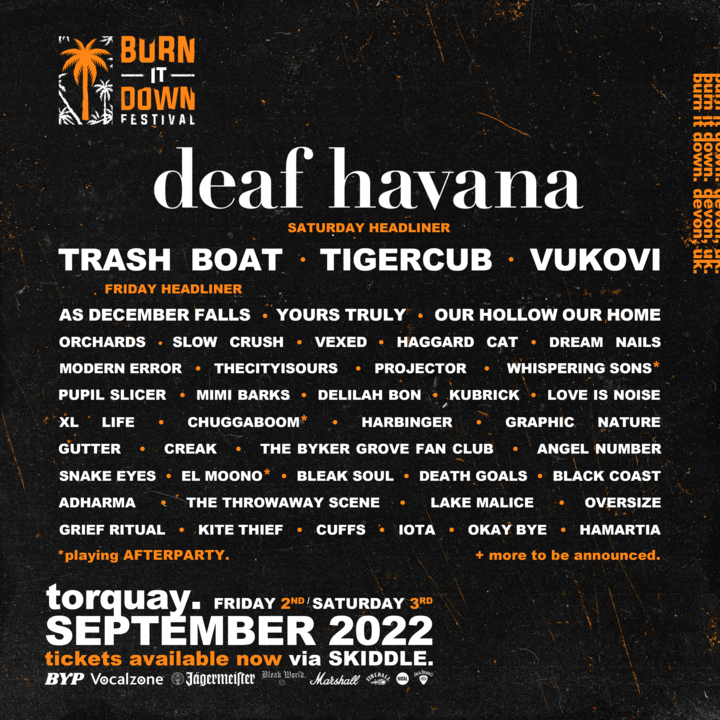 Where: The Foundry in Torquay

Alt-rock outfit, Deaf Havana join the likes of post-hardcore quintet, Trash Boat, Vukovi and Tigercub as headliners at what is said to be Southern England's largest alternative indoor event - Burn It down Festival.

The two-day horns-throwing occasion, which takes place at The Foundry live music venue, situated on the coast of the English Riviera in Torquay, will also welcome live sets from tech-metal band, Harbinger, Dream Nails, Orchards, THECITYISOURS and many others.

Partial to music on the heavier side of the spectrum? Enjoy getting stuck in the pit? This is the event for you.

Find tickets for Burn It Down Festival - here 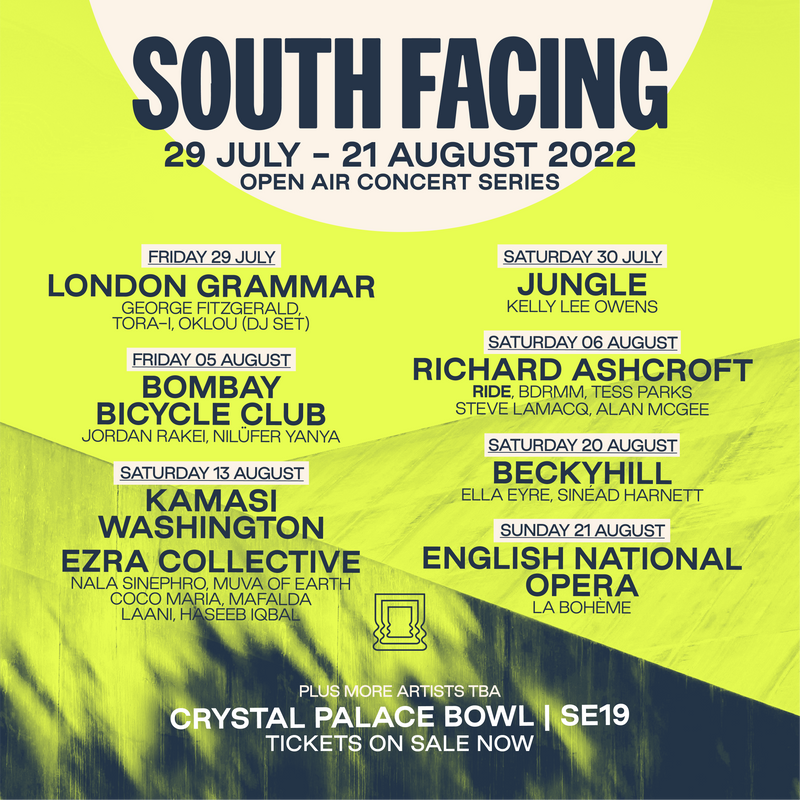 Where: Crystal Palace Bowl in London

Bringing together a collection of the most influential names of the past three decades, South Facing Festival is the open-air concert series you're going to want to experience at least once during the forthcoming summer season.

Held at the iconic Crystal Palace Bowl, a venue with more than sixty years music heritage, and taking place on weekends from Friday 29th July to Sunday 21st August, each date is set to feature a different lineup. 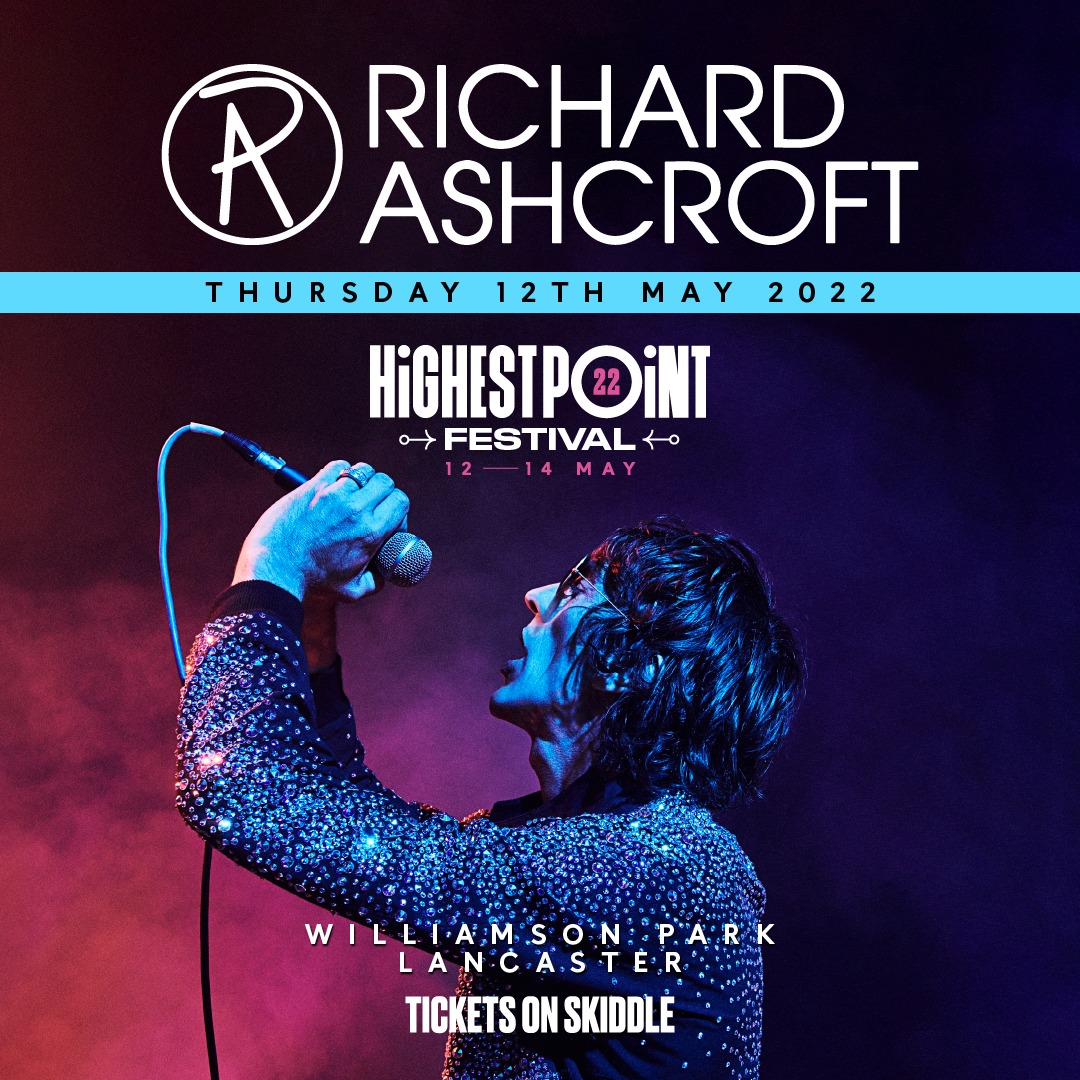 The unmistakable frontman of one of the 90's most enthralling indie acts, The Verve's Richard Ashcroft is preparing to open proceedings at the fourth edition of Lancaster's Highest Point Festival this Thursday.

Providing festival goers with a score of sing-a-long classics, from his own mastered works including 'A Song For The Lovers' and 'C'mon People (We're making it now)' to The Verve classics, 'Lucky Man' and 'Bitter Sweet Symphony', the one-off performance in a truly remarkable setting, under the towering Ashton memorial, has the makings of a very special and memorable night.

Supporting artists include BBC 6 Music host Chris Hawkins, The Lottery Winners and Reverend and the Makers.

Tickets have almost all sold-out! Secure yours now on the ticket link below...