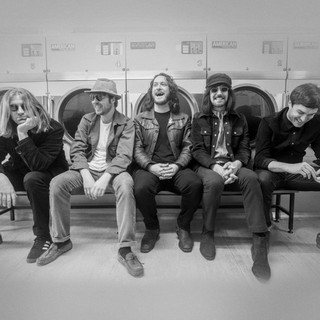 The Coral tickets and 2022 tour dates

The Coral are a British band formed in 1996 from Meols on the Wirral (near Liverpool) that play an unusual style of music mixing psychedelic pop/rock, old fashioned country, folk music and modern rock. Their music is often used in the soundtrack to TV adverts and programmes making their music well known even though the band itself is still outside of the mainstream. Although they have a fan base in the North American market, and a rather large following in their home country, they have yet to achieve a mainstream audience.

The Coral has been mentioned in our news coverage

Below is a sample playlists for The Coral taken from spotify.

Do you promote/manage The Coral? Login to our free Promotion Centre to update these details.