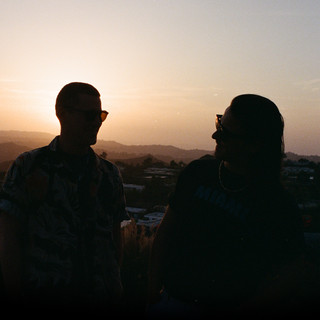 Jungle was founded by two childhood friends Tom McFarland and Josh Lloyd-Watson (also known as J and T) in 2013.

In 2014, their debut album was nominated for Mercury prize. Jungle has received many warm words of praise from famous critics and periodicals. They were called “the UK’s most mysterious act” and “One of the most intriguing and fresh sounding bands out there”. Esquire, for example, emphasising the unique style of the band states that their music is blended with “tropical percussion, wildlife noises, falsetto yelps, psychedelic washes and badoinking bass”.

Jungle has been mentioned in our news coverage

Things to do in Bristol this Christmas

Here are the latest Jungle mixes uploaded to Soundcloud.

Do you promote/manage Jungle? Login to our free Promotion Centre to update these details.