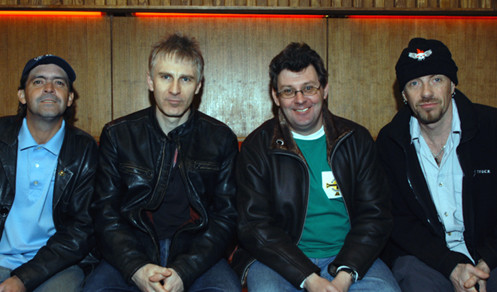 Stiff Little Fingers are a punk band from Belfast, Northern Ireland, formed in 1977. They started out as a schoolboy band called Highway Star (named after the Deep Purple song), doing rock covers, until they discovered punk. In 1983 they split up after six years and four albums, although they reformed four years later, in 1987. Despite major personnel changes, they are still touring and recording as of 2013.

Stiff Little Fingers has been mentioned in our news coverage

Below is a sample playlists for Stiff Little Fingers taken from spotify.

Do you promote/manage Stiff Little Fingers? Login to our free Promotion Centre to update these details.