The first full week of April has arrived and with it comes some pretty spectacular new events! Among the scores of those recently announced and now on sale with Skiddle, are our top ten; our cream of the crop, the mind-blowing bonanza's we just couldn't pass up on sharing with you.

Make no mistake, the picking and choosing was hard, with each occasion boasting its own unique and fantastic qualities, but after much consideration, we present to you this week's superb New On Skiddle list.

From huge seaside festival affairs to critically acclaimed street food dining experiences - take a look over our choices below and snag yourself some tickets whilst you can.

(Click or tap on the event titles, artist or venue names  below for tickets and more) 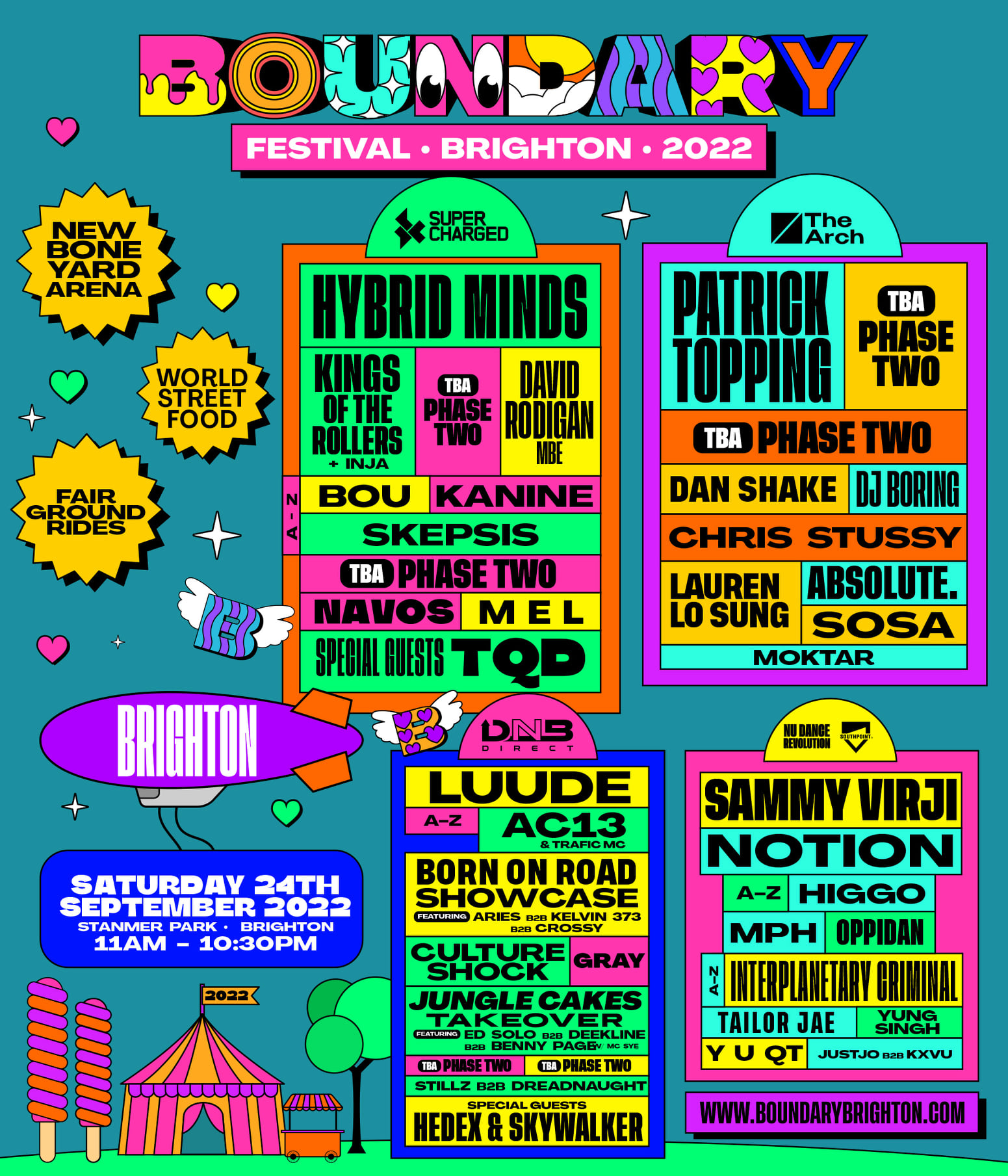 Where: Stanmer Park in Brighton

The epic summertime event returns to the south coast of England this September, for what is undoubtedly set to be its biggest edition to date.

Taking over Brightons' stunning Stanmer Park, the city's largest recreational area, the event will see a long list of lauded electronic acts performing in front of up to twenty thousand keen dance fans, across one long and eventful day. 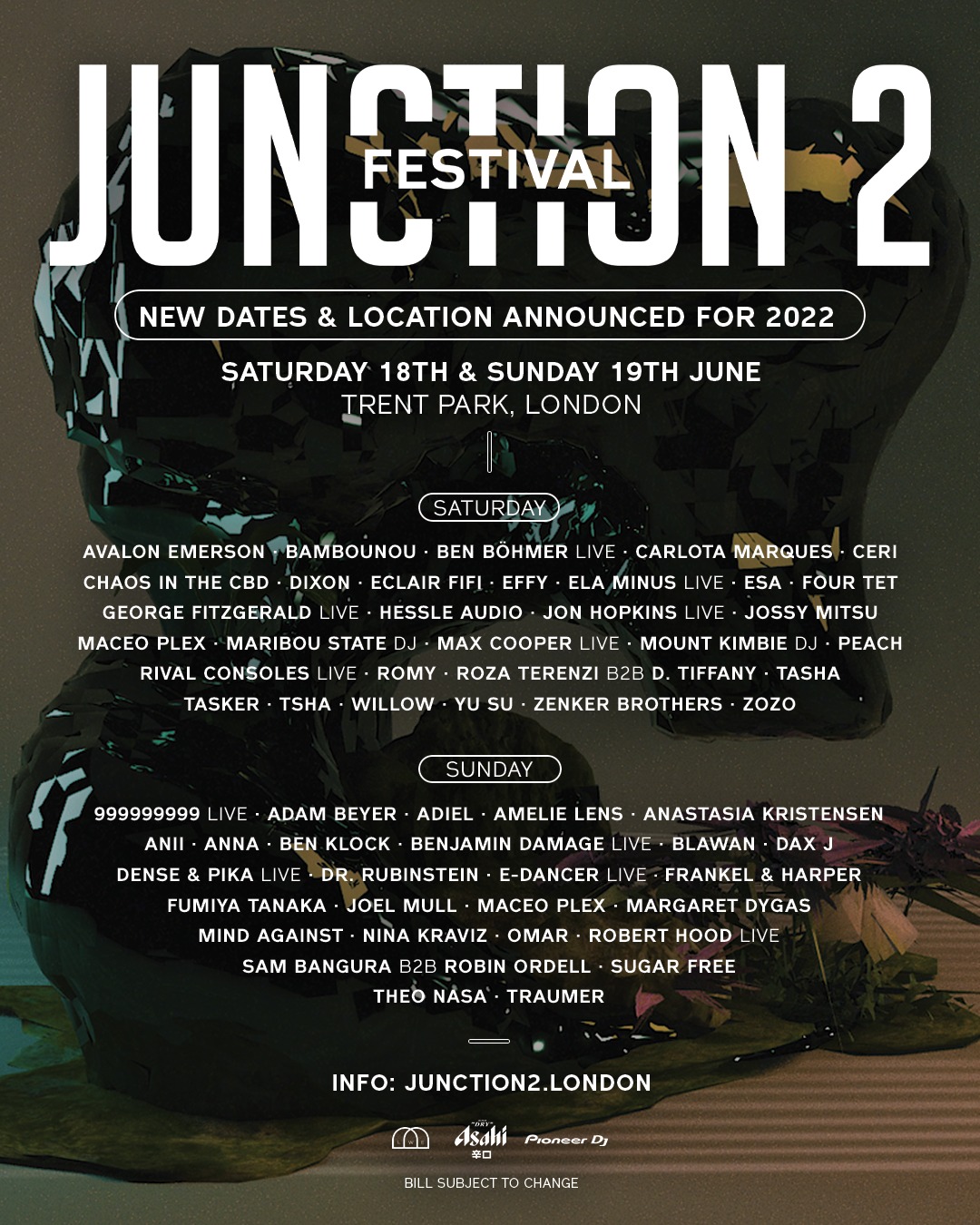 Where: Trent Country Park in London

Phwoar. The lineup of this year's Junction 2 certainly doesn't disappoint. Reading like a 'who's who' of the electronic scene, those who decide to make the trip to London's Trent Park this June - a new location for the 2022 instalment of the event - should expect nothing less than two days stacked full of sublime dance records with all the associated shenanigans that come part and parcel with a music festival thrown in for good measure. 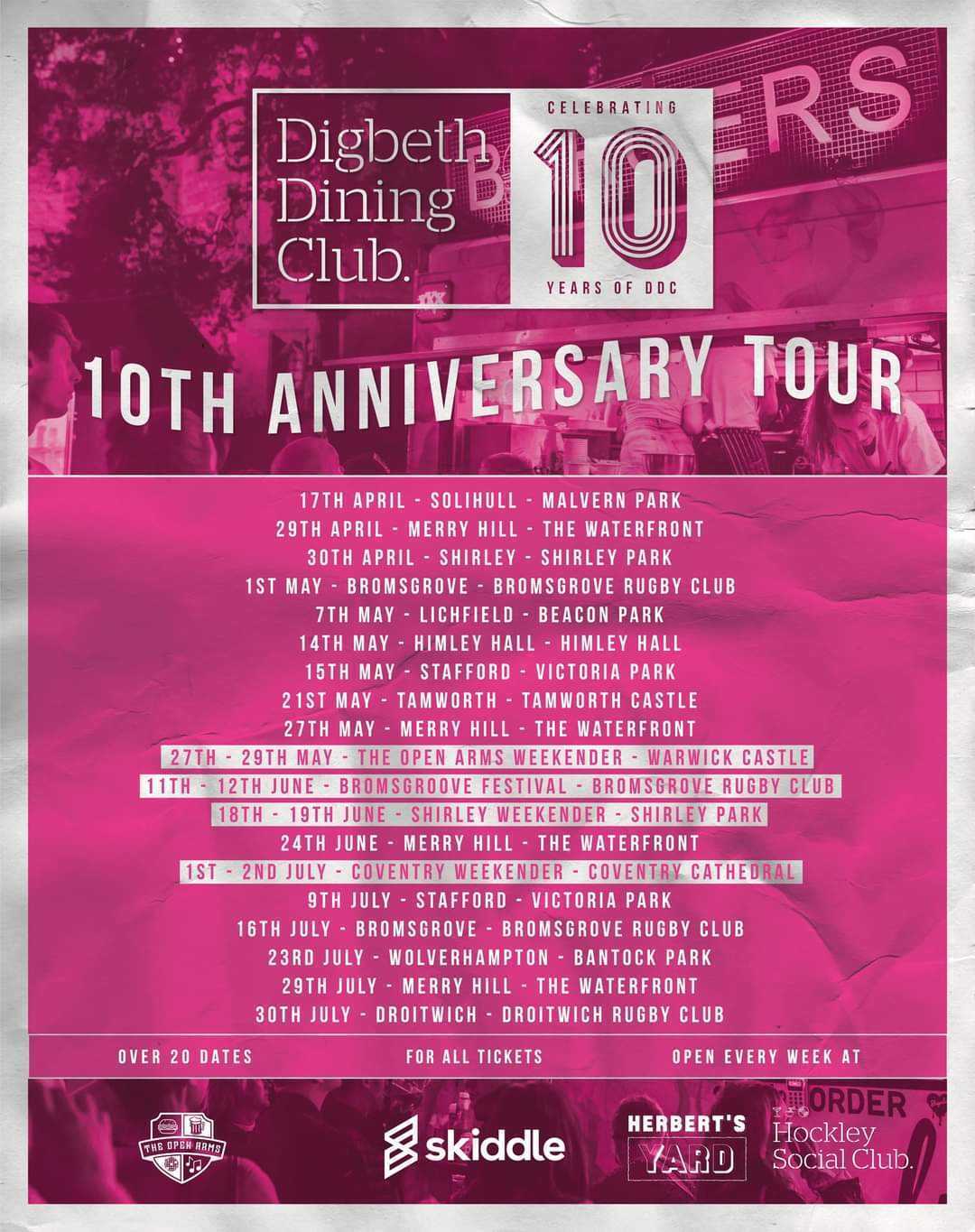 Award-winning street food event team, Digbeth Dining Club are celebrating a HUGE milestone this year, commemorating their tenth anniversary in the food business with a run of taste bud invigorating parties around the Midlands.

Kicking off over the Easter Bank Holiday weekend, the brand have announced a full spring/summer series, with fifteen unique events set to run over four months in cities and towns such as Solihull, Bromsgrove, Lichfield, Stafford, Wolverhampton, Coventry and Droitwich.

Expect to sample some of the finest street food on the market courtesy of a renowned selection of craft makers and even some Michelin star chefs. For those with a particular enthusiasm for top nosh, make sure you get down to at least one of these excellent events. 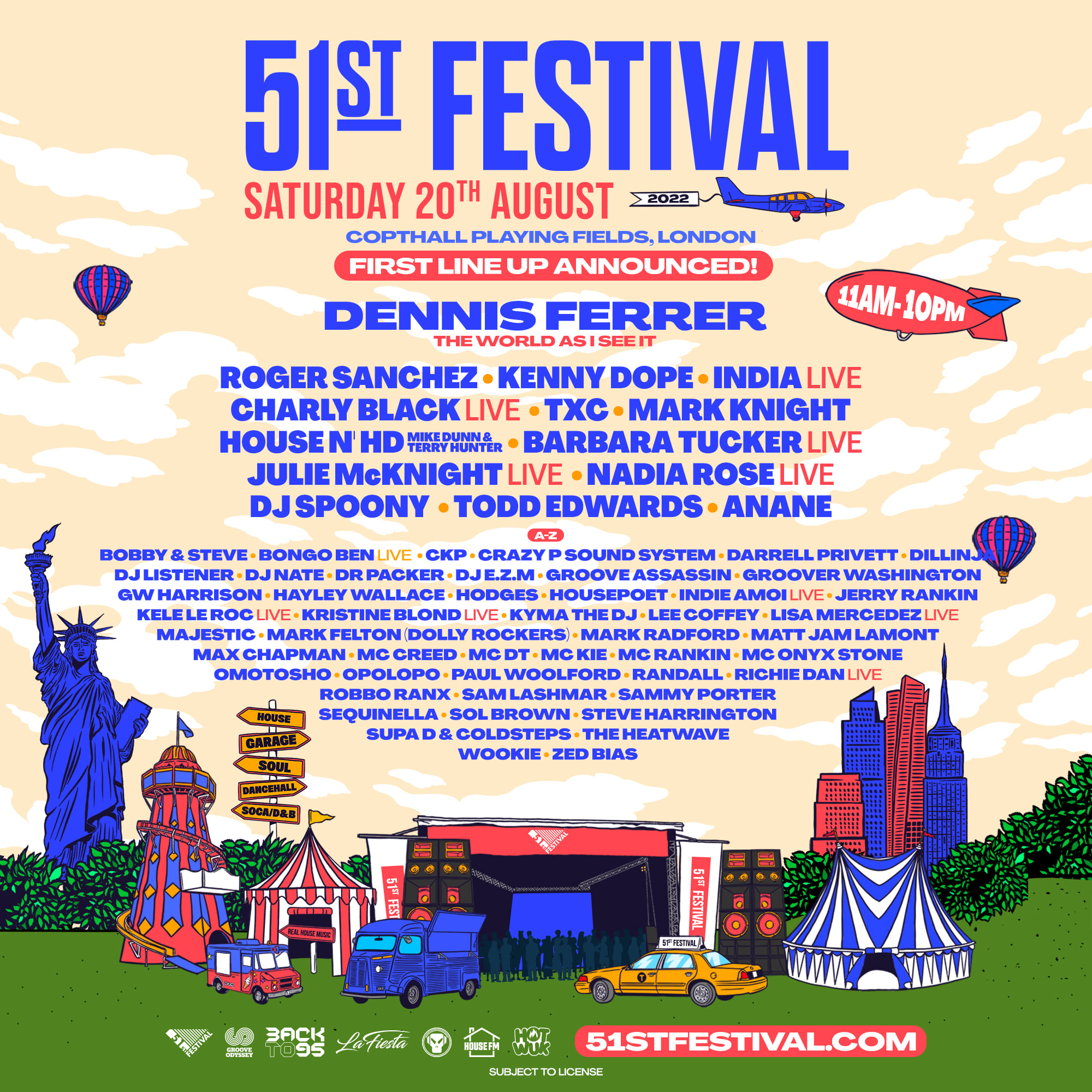 Taking over a brand new location in 2022, London's 51st Festival is set to rock the foundations of the English capital this August, as a long list of dance icons take to the stage at over the eagerly anticipated one-day spectacle.

Bringing together pioneers of dance and the next generation of superstar talents, the popular soiree will boast only the best DJ talents representing everything from soul, disco, house and gospel, through iconic genres like garage, 2-step, acid house, dancehall and R&B.

Tickets are now on sale and moving fast, with all first release tickets now sold out. Get yours now on the link below... 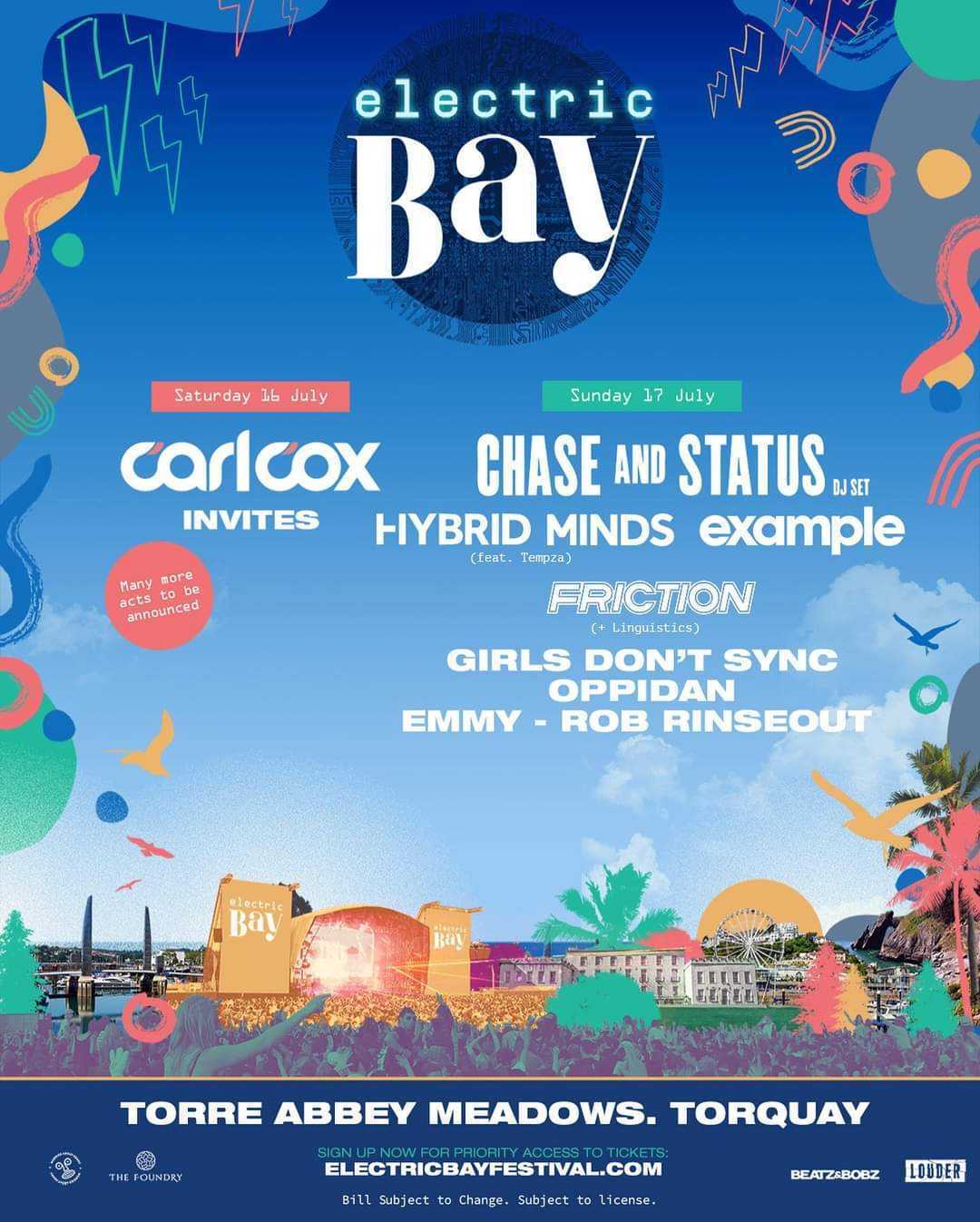 Where: Torre Abbey in Torquay

Two of the biggest names in British dance music, godfather of techno, Carl Cox, and drum n bass outfit, Chase and Status, are set to head up a brand new festival coming to the seafront of the English Riviera, Torquay this summer.

The dedicated open-air event, taking place on the stunning grounds of the towns Torre Abbey Meadows, a UNESCO global key site, will have music fans partying to the sounds of numerous internationally acclaimed acts over one long sun-kissed weekend in July. Joining the headliners, punters can also look forward to performances from Hybrid Minds, Example and Girls Don't Sync, with many more names still yet to be announced.

Hit the link below for tickets and more info on the first-ever Electric Bay Festival. 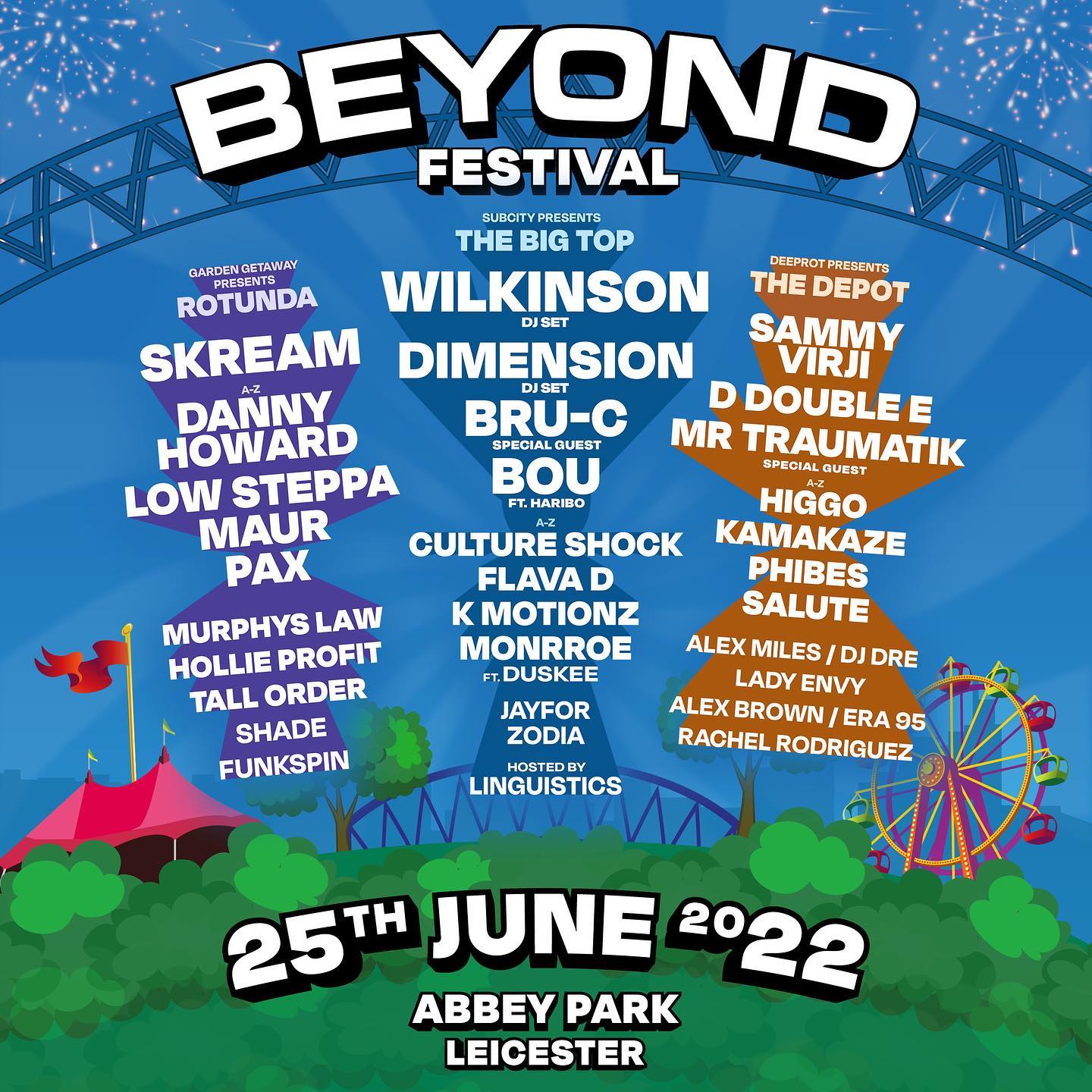 Where: Abbey Park in Leicester

Ten thousand avid ravers are set to gather upon the green fileds of Abbey Park in Leicester this June, for the city's biggest ever dance music event - Beyond Festival 2022.

Delivering thirty plus live acts over three mammoth stages, fitted with the best in light and sound production, the eleven hour spectacle will welcome a broad and diverse range of performers, from UKG, house, tech, and drum and bass, to showcase their talents to fans music fans in The Midlands.

Some of the many outstanding names that have been announced for this year's debut outing include Wilkinson, the DJ behind hit tracks “Afterglow” and “Sweet Lies“, Bru-C, Flava-D, Bou, Culture Shock, Monrroe, Dimension, Skream, Low Steppa, Pax, and Sammy Virji. More artists have yet to be announced. Watch this space.

Flaunting a lineup of this magnitude means tickets won’t be around for long. Act now and get your Beyond Festival tickets before it's too late.

Find tickets for Beyond Festival - here 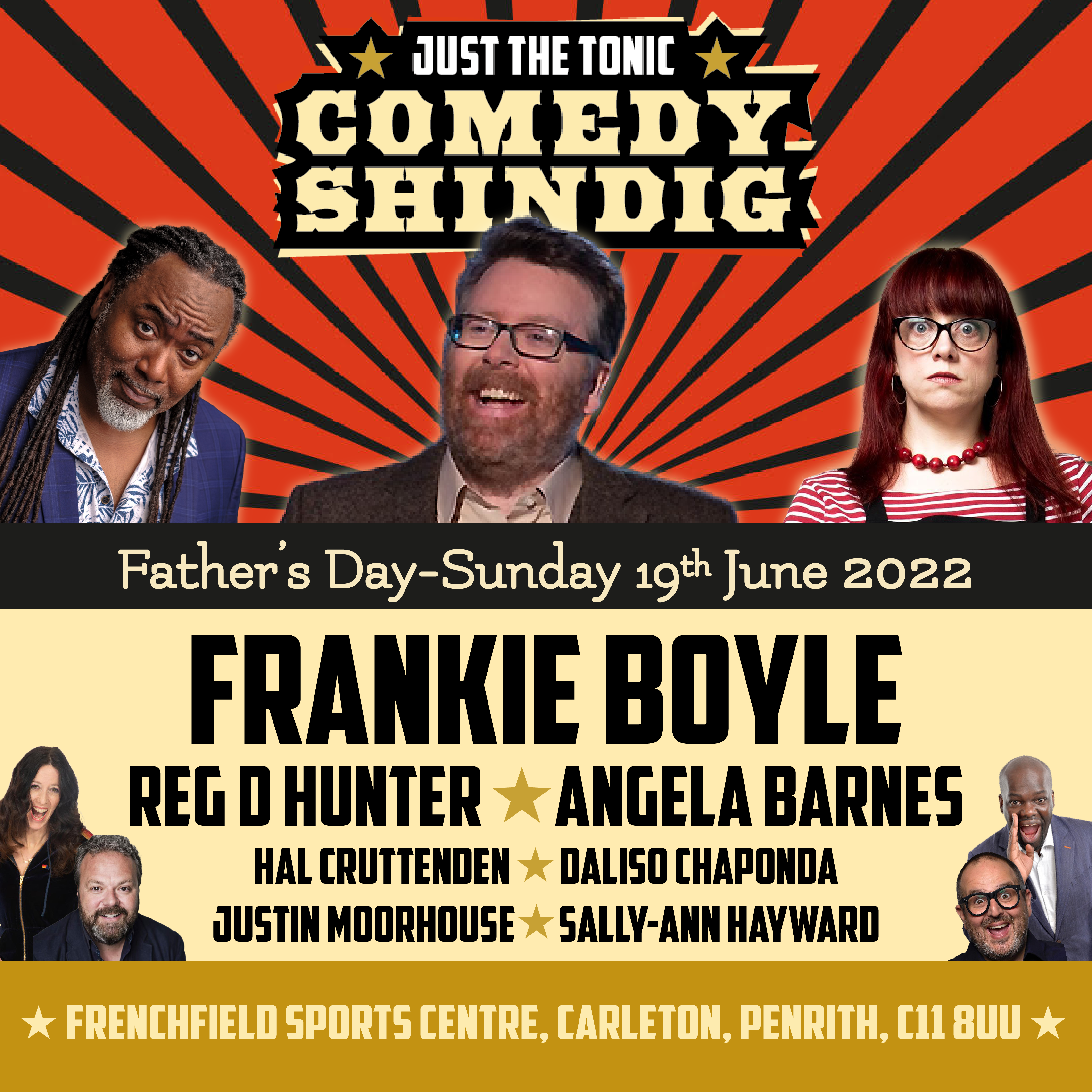 Where: Frenchfield Sports Centre in Penrith

Who isn't in need of a good laugh right now? Seriously! Skyrocketing energy bills, inflation, the threat of world war three... and all straight off the back of a global pandemic. It's been a lot! If that frown is proving hard to turn upside down, may we kindly suggest your attendance at Just The Tonic Comedy Shindig in Penrith this June.

Catch some of the nations funniest comedy acts - including controversial Scotsman Frankie Boyle, Reginald D Hunter, Angela Barnes, Hal Cruttenden, Daliso Chaponda, Justin Moorhouse and Sally-Anne Hayward - live and in their element, spouting some of the crudest, most shocking and belly-aching jokes and anecdotes known to man.

Pssst - For those no good with dates, this event lands on Fathers Day. A perfect gift or day out with your papa, wouldn't you say? Tickets on the link below...

The third and final phase of artist announcements for this year's long-awaited edition of One Out Festival has just recently been issued, with even more stellar names added to the already incredible bill.

Situated just thirty-five minutes from Waterloo Station in London, the epic summertime soiree, which makes its second-ever appearance in 2022, will serve the people of the capital with a place to escape the hustle and bustle for one day this summer. Set amidst the stunning English countryside, punters will find wide open spaces to roam with a quality soundtrack to top it all off.

Find tickets for One Out Festival - here 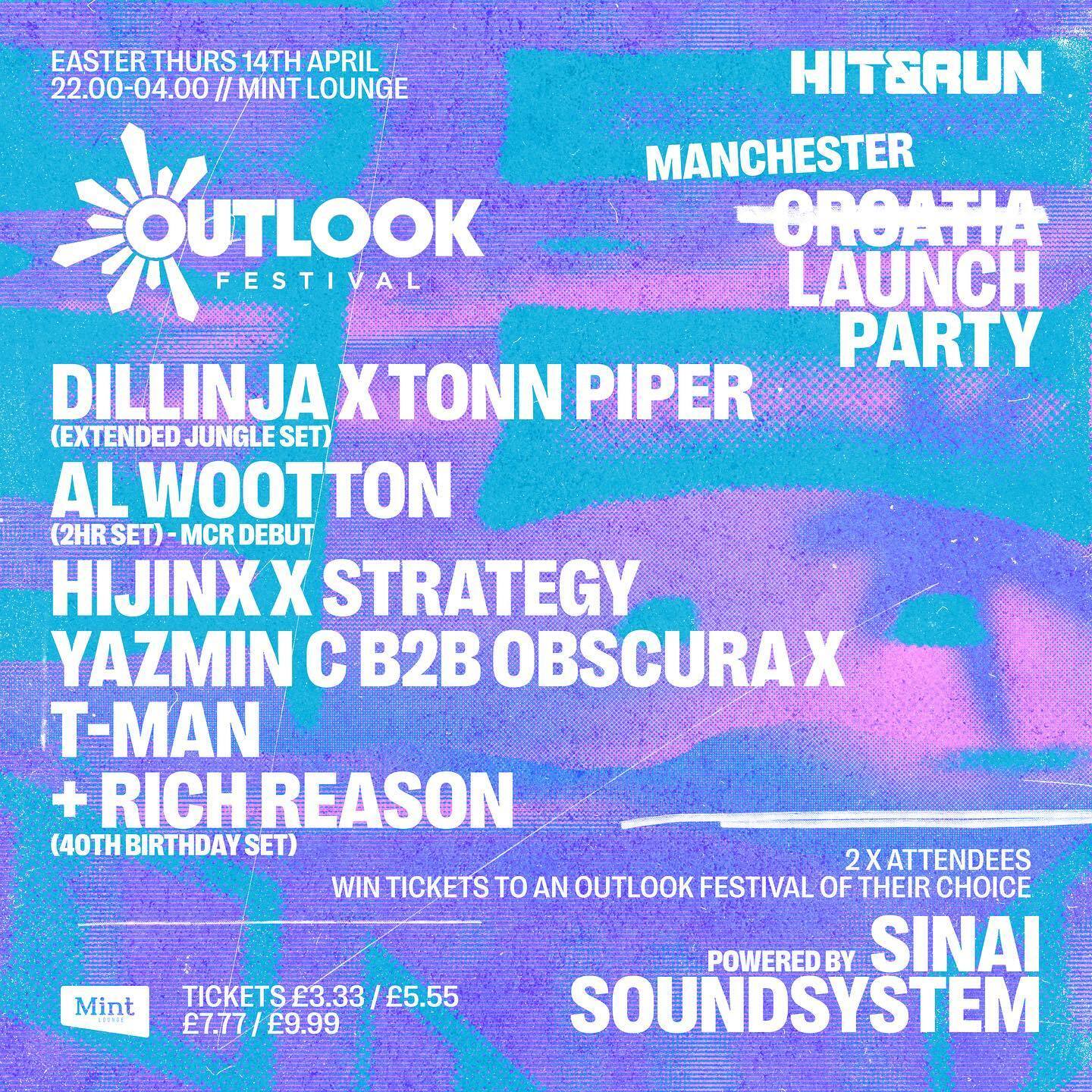 After two long and drawn out years, bass mecca music event Outlook Festival makes it's return, hosting not one, but two goliath music spectacles during the summer season of 2022.

As per usual, favoured event specialists, Hit & Run have been entrusted to set the wheels in motion, throwing an epic launch party at Manchester's Mint Lounge at the beginning of the easter Bank Holiday weekend.

Promising a lineup stocked with the best of the best in UK Bass, punters who are lucky enough to get into the building can look forward to going wild to heavy hitting bangers courtesy of legendary selector, Dillinja, who will be pushing the Sinai Sound System to its absolute limits, Al Wooton, making his Manchester debut, Yazmin C back-to-back with Obscura, Hijinx X Strategy, and birthday boy Rich Reason, who celebrates his fortieth with a special DJ set.

It seems like only yesterday we were all gathered in pubs and beers gardens, cheering on the lions in their first major final appearance in over fifty years. Now we're on the precipice of World Cup  fever. Here we go again...

Can the team recreate the successes of the Euro's in 2021? Can we go one better in 2022 and finally bring football home? More importantly, where will you be watching and supporting them from? Haven't given it much thought? You should check out both the Richmond and Surrey Fan Zones.

Expect to find an enormous screen for viewing England's first three group games, live DJs and entertainment both before and after the match, food stalls, multiple bars and an unrivalled party atmosphere, all inside one heated big top tent. Don't just watch England win the World Cup, watch them win it properly. Grab your tickets on the link below and secure your seat before it's too late.