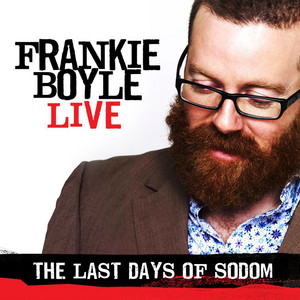 As a recognised face on every episode of BBC2's Mock the Week, in addition to his appearances on 8 out of 10 Cats, They Think It's All Over, Law of the Playground and FAQ U, Frankie Boyle is an established name in the world of comedy.

Frankie leapt onto the circuit in style when he won the Daily Telegraph's Open Mic competition in 1996, before becoming a regular and popular compere at high-profile clubs across the UK. His first performances at the Edinburgh Fringe included headlining The Comedy Zone at the Pleasance and a starring role in 2003 alongside The Reverend Obadiah Steppenwolfe III (Jim Muir) in a show that won praise from both audiences and critics alike.

Frankie Boyle has been mentioned in our news coverage

Lowkey interview: My music can’t be separated from the war on terror

Justin And The Juggler In Heaton Moor!

Five comedians at festivals to watch out for

Below is a sample playlists for Frankie Boyle taken from spotify.

Do you promote/manage Frankie Boyle? Login to our free Promotion Centre to update these details.