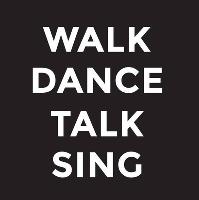 Crazy P Soundsystem were formerly named Crazy Penis and they emerged in the late 90’s with a unique blend of disco, soul and house music that carved out a unique space for them within dance music. Their first album ‘A Nice Hot Bath With...’ was instrumental and driven largely by samples.

Originally starting out as a duo between Chris Todd and Jim Baron who met at Nottingham University, they began to experiment with the full spectrum of sounds that they had grown up listening to. The duo were soon a trio as vocalist Danielle Moore came in and that opened up a whole new way of making music for them.

Two more members were recruited before their second album ‘The Wicked Is Music’ and these were Tim Davis on bass and Mav Kendricks on drums. The expansion into a band changed everything, they were now a fully functioning live unit and their shows hit new heights.

Since then, they’ve gone through 8 albums, further lineup changes now have over two decades of experience. That drive for experimentation remains for this hugely influential figure within electronic music in Britain.

Crazy P Soundsystem has been mentioned in our news coverage

Do you promote/manage Crazy P Soundsystem? Login to our free Promotion Centre to update these details.