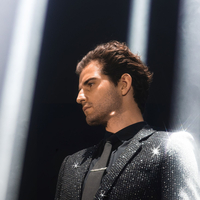 Land Beyond Festival 2023 - The Lost World

Everything you need to know about Detonate Festival, including tickets, line up details and all the latest news

Get more information about Boardmasters 2023 including festival tickets, news, reviews and lineups.

Robert Etheridge aka Dimension is one of the UK’s most unique electronic music artists. Defined by a clear

aesthetic that bleeds through into his music and imagery, Dimension has announced himself as one of the new wave of dance music headliners.

Dimension’s combination of seemingly effortless musicality and production prowess first caught the attention of tastemakers and DJs such as Chase & Status, Annie Mac (5x Hottest Records), Skrillex (who remixed the much lauded ‘UK’), and deadmau5. Over the past few years, he’s built a discography balanced between airwave conquering vocals and underground club anthems; and what was once one of UK dance music’s best kept secret now has a rapidly growing global profile.

Dimension has been mentioned in our news coverage

Things to do in London this January

Below is a sample playlists for Dimension taken from spotify.

Do you promote/manage Dimension? Login to our free Promotion Centre to update these details.