Mondays. A universally loathed day signalling the end of the fleeting weekend and the beginning of the dreaded working week. By now, you'll have been rudely awakened from your peaceful slumber by that sadly all too familiar and damned alarm. You'll have forced a piece of toast and a brew down whilst scrambling to get dressed, probably incorrectly, and made your way back to your place of work. There's not much to shout about on Mondays...

So why not soothe those Monday morning blues and make your re-entry to the grind a much happier one. Give yourself something to look forward to, turn that frown upside down and get yourself a ticket or two, or three, to one of the fantastic live events listed below.

(Click or tap on the event titles, artist or venue names listed below for more) 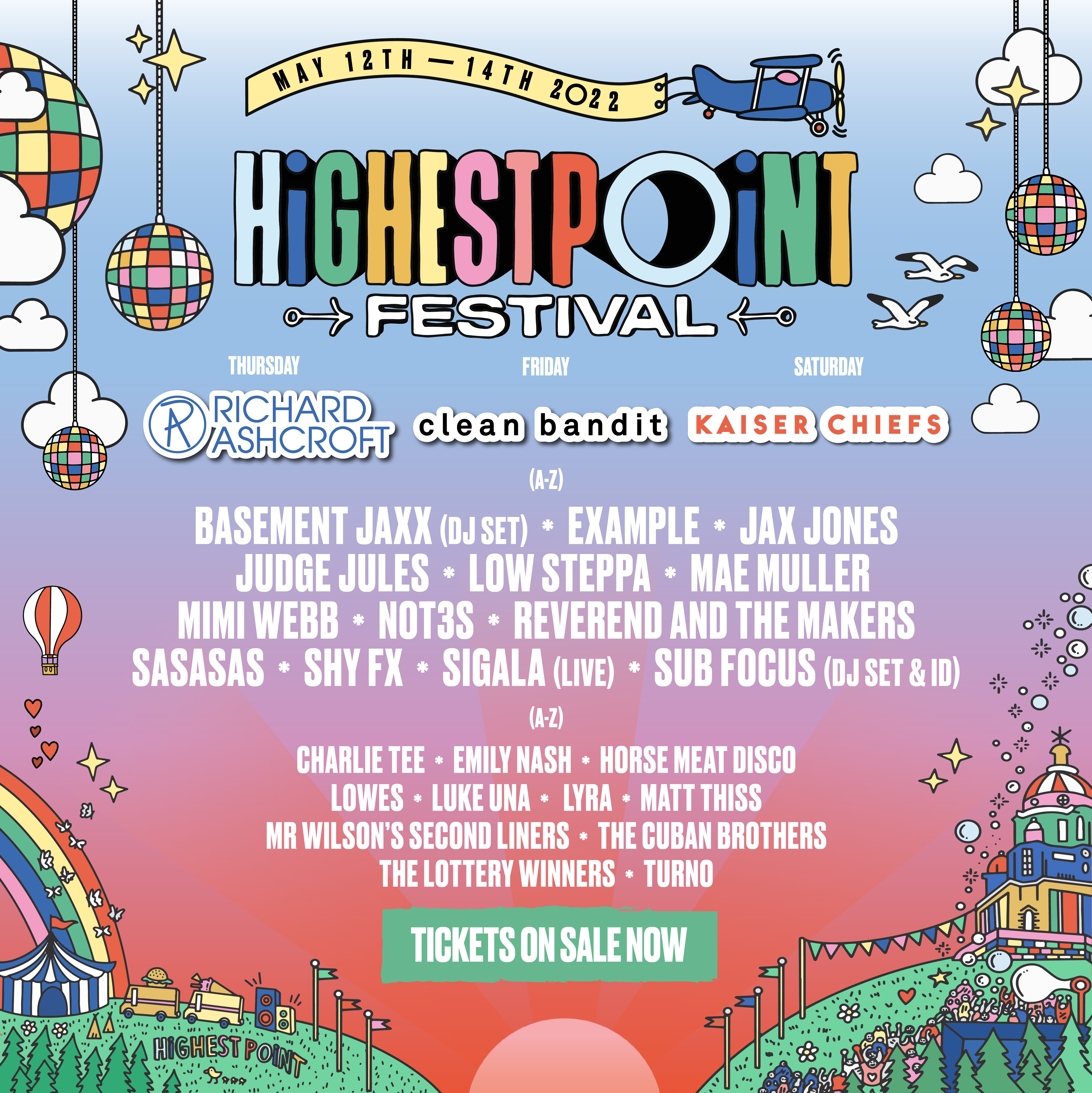 Lancaster's number one open-air event returns to its usual weekend in May this year, celebrating is fourth anniversary in 2022 with three days of excellent live music, art, food and more.

Performing over Thursday 12th, Friday 13th and Saturday 14th May, recently announced headliners Clean Bandit and indie-rock icons, Kaiser Chiefs will join The Verve frontman, Richard Ashcroft, with each taking turns to amaze the thousands in attendance with a score of treasured hits - from 'Bittersweet Symphony' and 'I Predict A Riot' to 'Rather Be'. 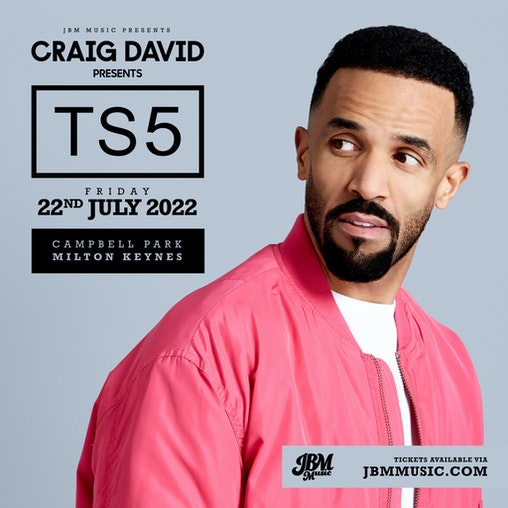 Where: Campbell Park in Milton Keynes

Homegrown garage legend and MC extraordinaire, Craig David heads to Campbell Park in Milton Keynes this July presenting his world-renowned TS5 party to dance fans in the south of the UK.

The TS5 party brand, originally an exclusive party run out of the multi-platinum-selling artist's Miami penthouse, will see a mixture of massive old skool anthems, including R&B, swing beat, garage and bashment favourites, merged with current chart-topping house hits, ringing out around the grounds of the one-hundred-and-fourteen-acre park for seven hours straight.

Celebrating an impressive twenty-two years in the music game this year, those present at the upcoming event can also expect to hear some of his latest released tracks, including 'Who You Are' and last years definitive summer anthem, 'Really Love' featuring KSI, taken from his forthcoming LP - 22. 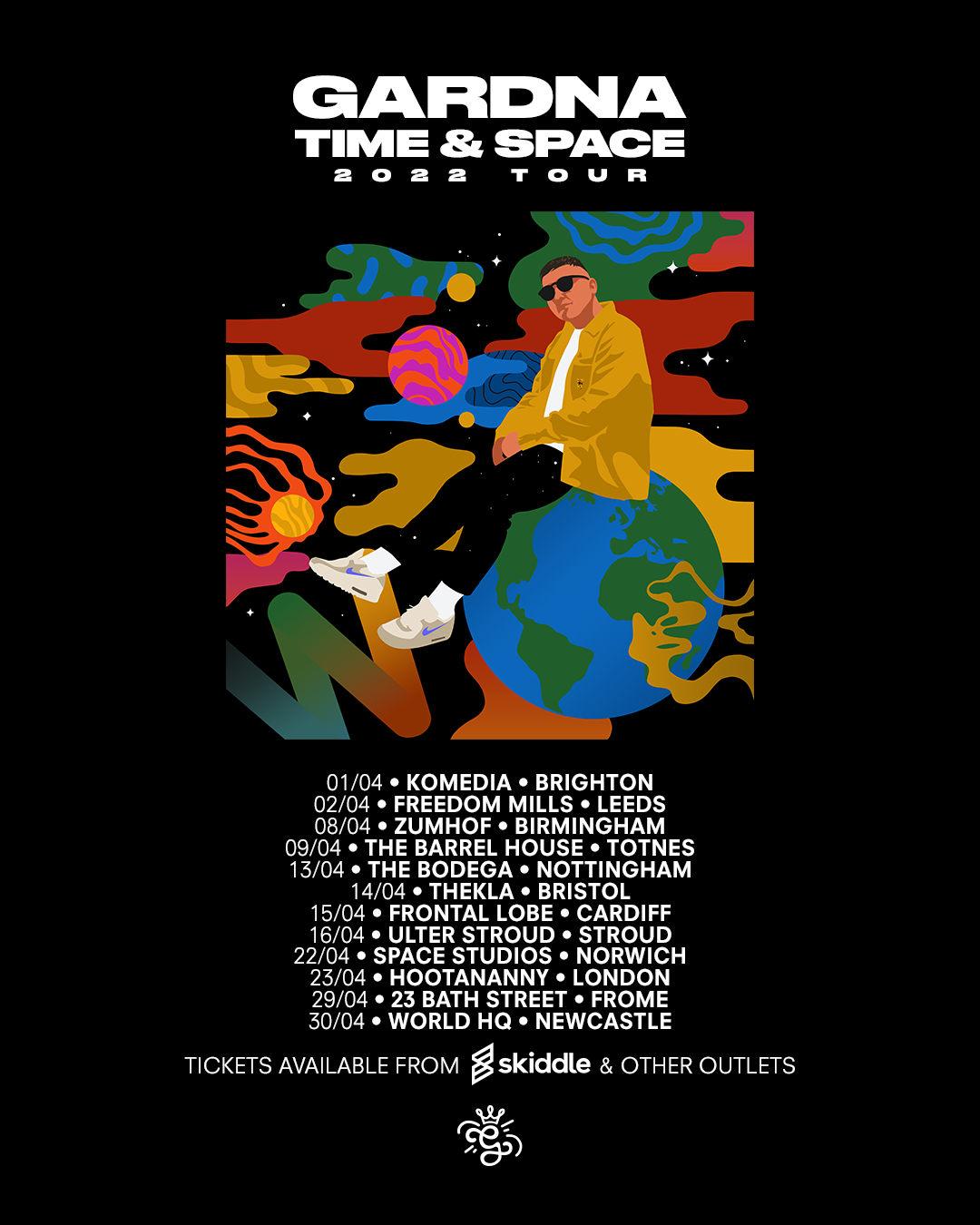 Bristol dub don, Gardna is gearing up ready to embark on a tour of the UK throughout April this year, in support of his hotly anticipated new record - Time & Space.

For those yet to learn of this super talented producer, MC and all-round party starter, Gardna has been making waves on the bass scene low-key for the past five years. Now beginning to show his pedigree, following a steady list of acclaimed releases, his latest collection of bangers on Space & Time has already got the backing of some of the most respected icons in the genre, including Don Letts, Eva Lazarus, Dynamite MC and Kreed, all of whom are set to perform at his London album launch party on Saturday 23rd April.

Catch this quickly rising name in a venue near you this spring - Grab a ticket on the link below... 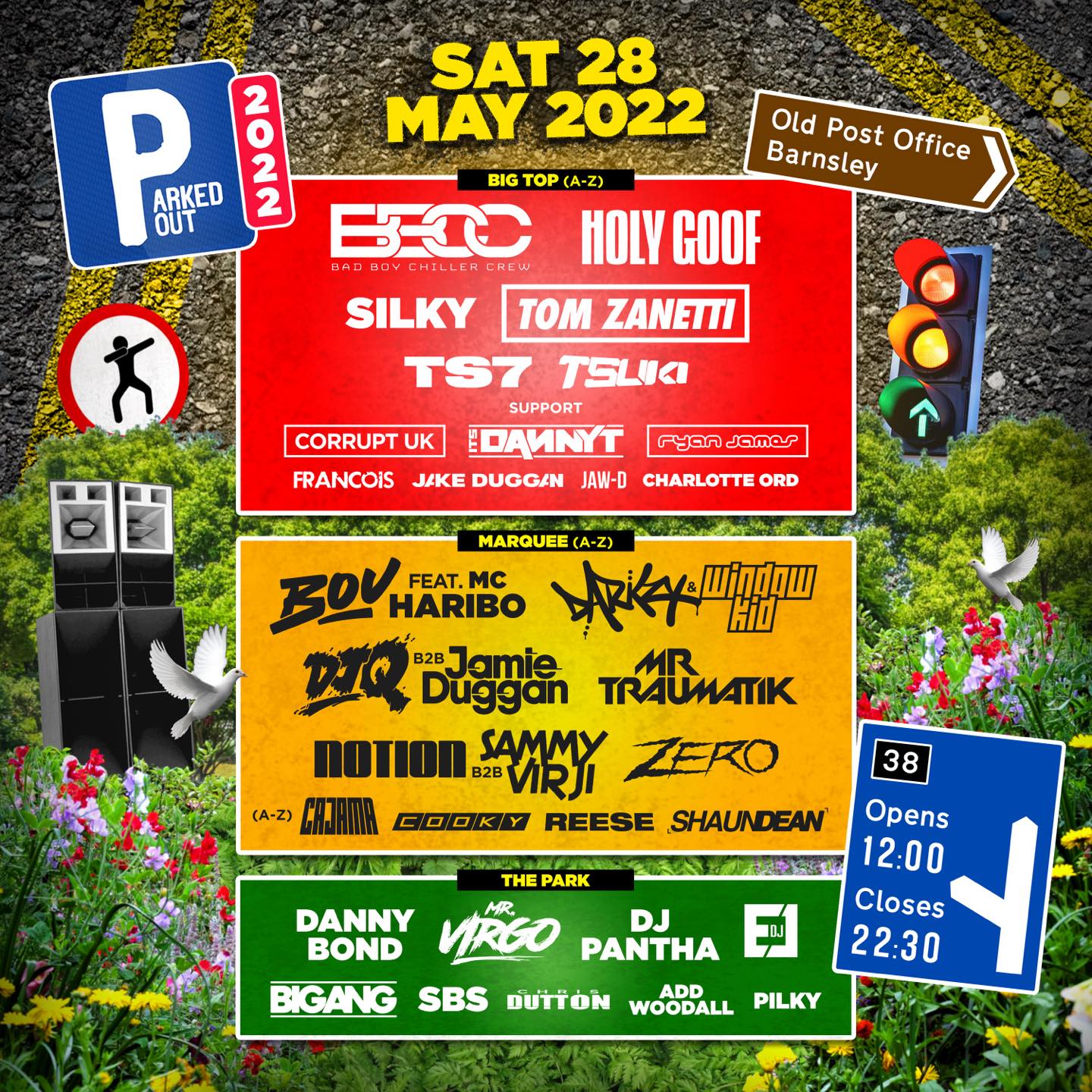 Barnsley's Parked Out Festival enters its tenth year in 2022 and to mark the grand occasion, the trusted teams behind popular nightlife brands, Sleepin' is Cheatin and Wired Events have come together to host what is promised to be the festivals biggest edition to date.

Click on the link below to find out more. 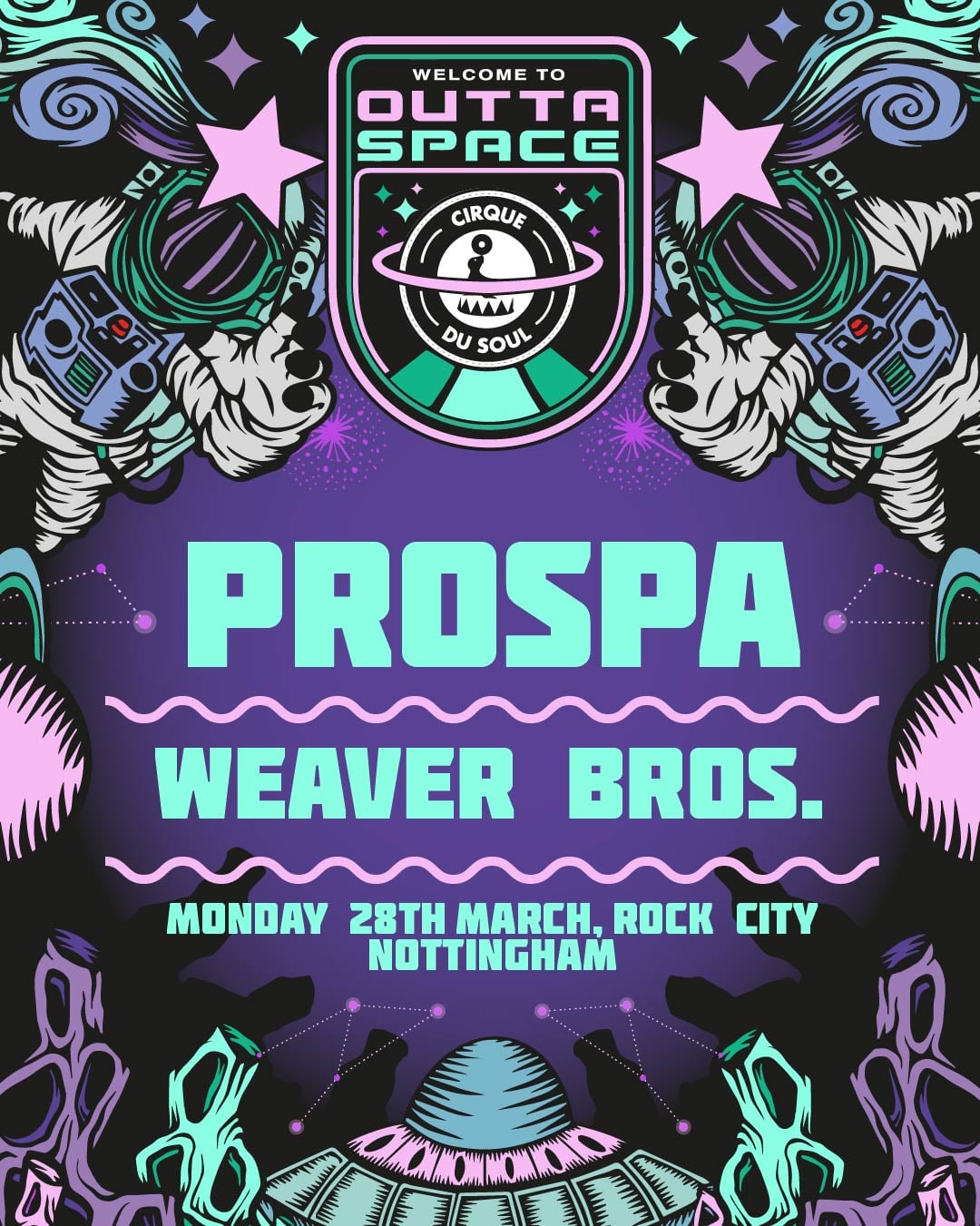 Where: Rock City in Nottingham

The whacky visionaries behind one of the UK's best-loved touring party brands, Cirque Du Soul have conjured up yet another bizarre and out-of-this-world themed event, set to get its first outing at Nottingham's Rock City this March.

OUTTA SPACE, the name given the latest event series, will take nighttime adventurers on a journey out into the solar system to another planet far, far away, where only the best in live electronic music ca be experienced.

Get ready to dance and rave at an interstellar party like no other, teeming with never before seen decor, creatures and production, and an array of DJ talents. Headlining proceedings on Saturday 28th March, rising duo Prospa will supply a fire selection of dance floor ignitors whilst Weaver Bros., DJ Tayo and the Cirque Du Soul residents hold the fort in the lead up. 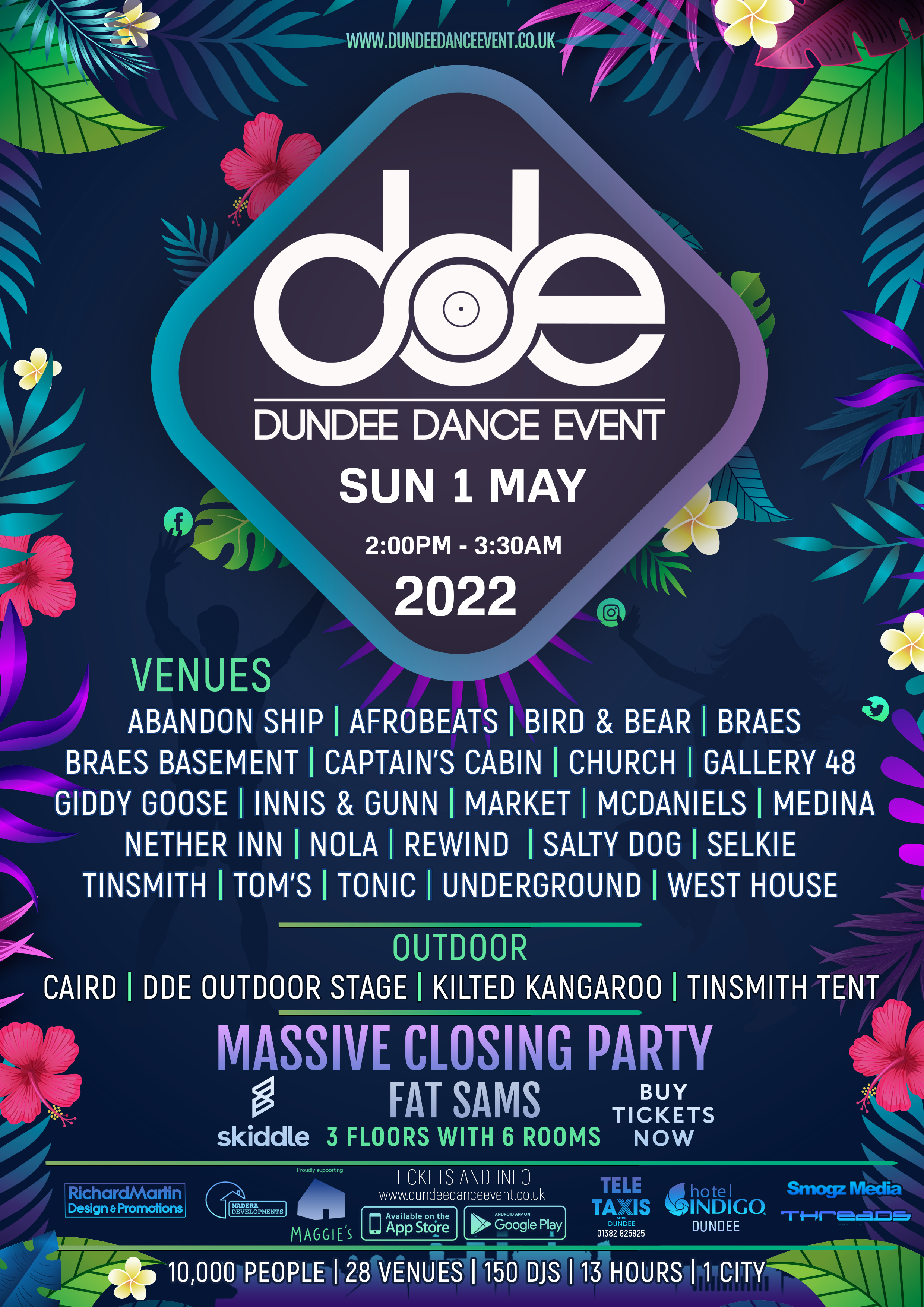 Where: Aura Nightclub in Dundee

One of Scotland's biggest and most unique multi-venue dance spectacles, Dundee Dance Event is back in 2022.

Taking place in nightclubs and live music spots across the North Eastern coastal city this May, the gathering will see thousands of avid ravers arriving from all over the UK along with an outstanding lineup of DJ names.

Extending its hours for this years comeback instalment, now running over fifteen hours, the festival will also showcase its first-ever outdoor DDE stage, boasting live sets from as early as 12:30 pm. Venues with programmes of music will open their doors to the public from 2:00 pm, closing again at midnight, and will be free to attend.

A huge ticketed closing party is also planned to see out the mammoth event, at award-winning music destination, Fat Sams.

Details of this year's lineup are expected imminently. Watch this space.

Sopranos vs This Is Bounce - Valentines Special 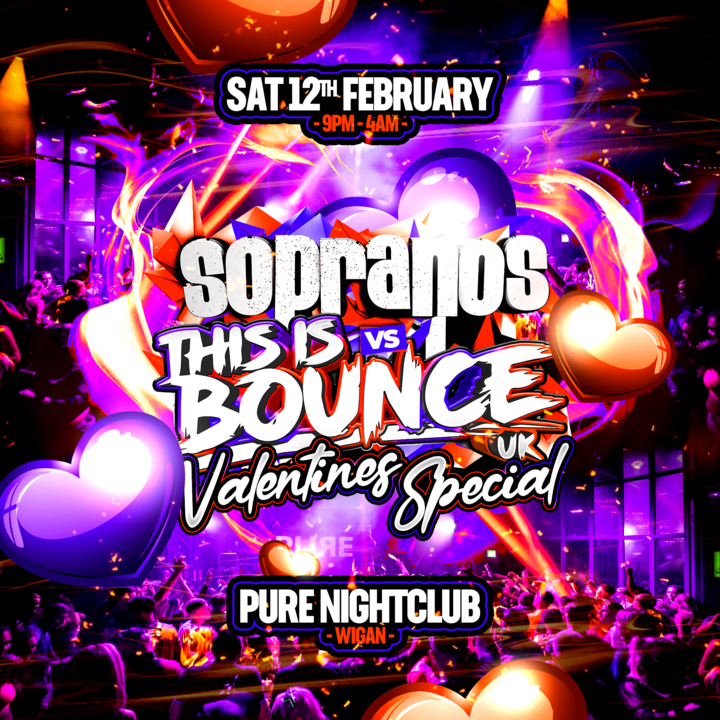 Where: Pure Nightclub Wigan in Wigan

Looking for that somewhere special to take your significant other this Valentines Day? Do you feel you're at your most romantic when on the dance floor, giving it the full works to a soundtrack of bounce and hard dance classics? If you answered yes to both questions, this event is most certainly the one for you...

Wigan's Pure Nightclub plays host to renowned bounce brands, Sopranos and This is Bounce this weekend (Saturday 12th February). The two giants of the exclusively Northern scene will collide, providing a night of unadulterated madness running from 9 pm right through until 4 am.

Crank up the volume and get ready for an overload of donk.

Find tickets for Sopranos vs This Is Bounce - Valentines Special - here

YANA (You Are Not Alone) Fest 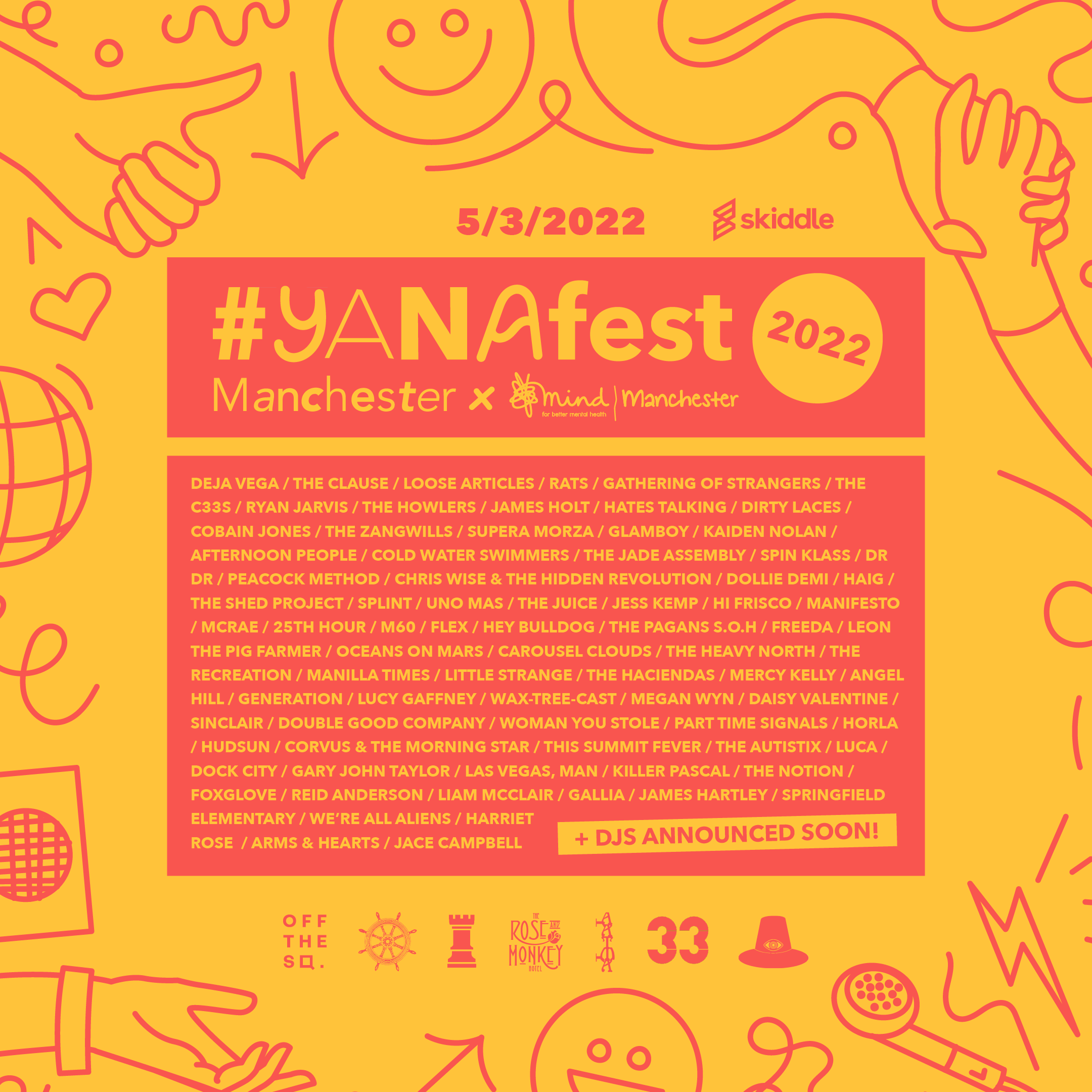 Manchester music festival, You Are Not Alone or YANA Fest will takeover some of the city's best-loved venues this March, all in aid of raising vital funds for mental health charity, Manchester Mind.

Following on from last year's sold-out edition, the festival will again invite over seventy emerging artists to perform in eight different live music spots across one day. Amongst those who make up this year's incredible bill are the likes of Deja Vega, bringing their punk-rock blend of psychedelia to the YANA stage, The Howlers, Dirty Laces, The Jade Assembly, post-punk four-piece Loose Articles, singer-songwriter, James Holt and infectious indie group, RATS.

For more, click or tap on the link below...

Find tickets for YANA (You Are Not Alone) Fest - here 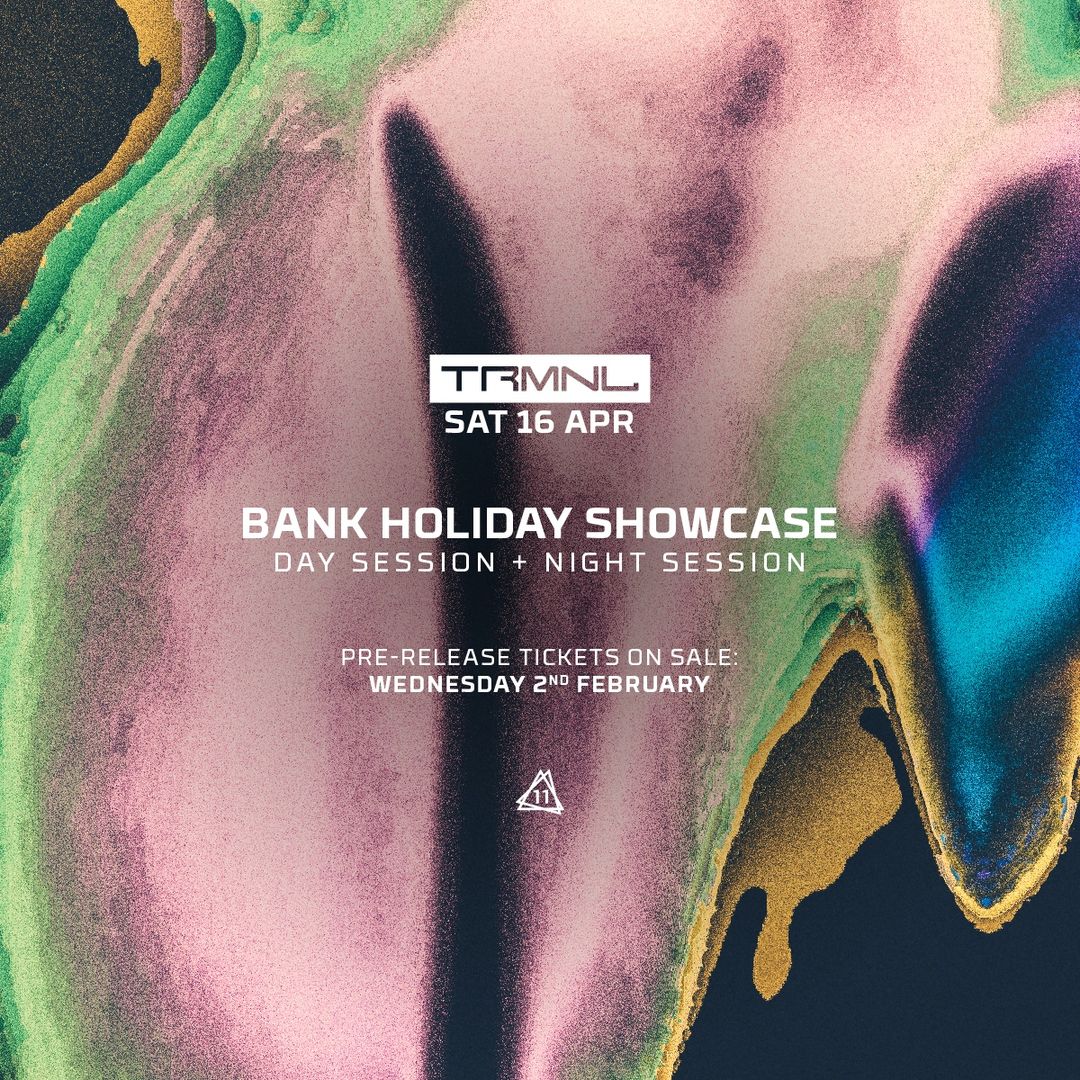 So far, the TRMNL team have kept their cards close to their chest, giving very little away about the forthcoming party. What we can say is that there are due to be live sets from ten yet to announced DJs across both the terrace and warehouse areas. The daytime soiree will run from 3 pm finishing at 11 pm before the late night/early morning party takes over, running straight through until 6 am.

We can say with a great degree of confidence, given the calibre of artists TRMNL has previously worked with, that the lineup for this Bank Holiday bonanza will be something to behold. Mark our words. 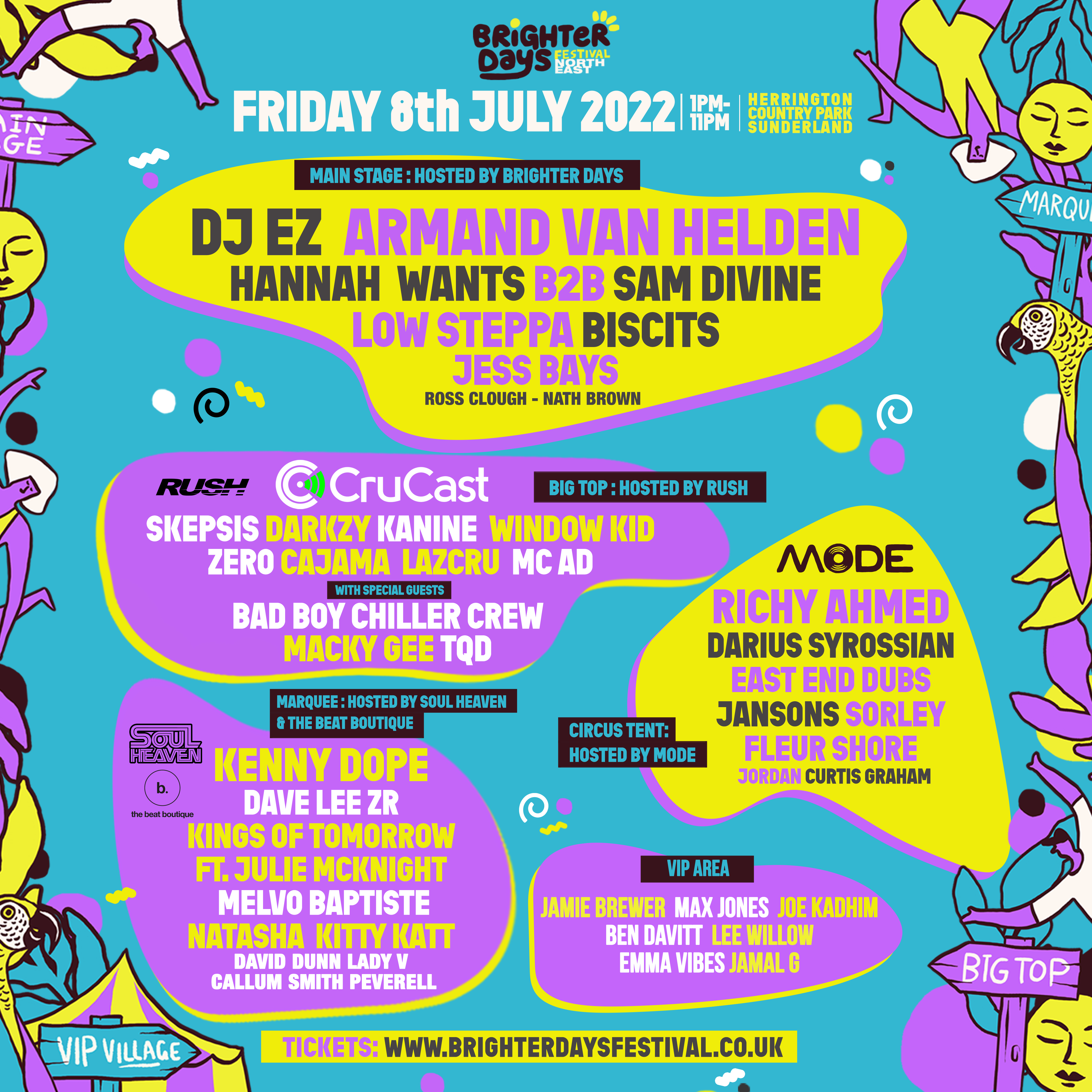 Catch performances from some of the most dependable names in UK dance at this one-day summertime event in Sunderland, built up of four colossal stages managed by renowned dance brands, Rush, Mode, The Beat Boutique and Soul Heaven.