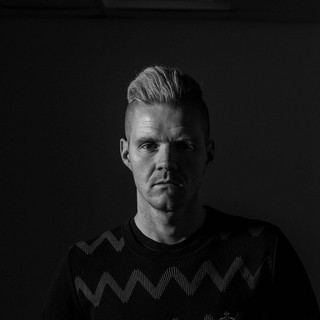 Sheffield based Dj Jamie Duggan, specializes in all things House & Bass driven. Drawing inspiration from playing in all the major dance venues in the UK (Such as Ministry Of Sound, O2 Arena's , Gatecrasher, Big Reunions) as well as all over Europe (with countless residency's abroad in Ibiza (Eden / Es Paradis) , Ayia Napa (Ice Club / Kandi Beach), Tenerife, Malia and many more. Jamie’s super-slick mixing skills, larger than life personality and ability to make (and erupt) a dancefloor from nothing, makes him one of the top and most sought after DJ’s in today's underground scene.

Jamie first blew up on the scene as a young 17 year old by securing a residency in Sheffield's legendary NICHE Nightclub! He has worked for Niche as their headline dj ever since, aswell as appearing in some of the UK's biggest event's around the North / Midlands and South of England!

In 2003 Jamie turned his hands to his first ever production and gave us all a taster of what was to come by remixing a couple of white label bootleg chart hit's and turning them into Niche anthems!

Then in 2004 Jamie linked up with a little known group called PLATNUM and produced one of the biggest Bassline anthems of all time .. 'OVER THE HEARTACHE'. Platnum as we now know, went onto record 'WHAT'S IT GONNA BE' with H-TWO-O and secured a number 2 smash hit with remixes from Jamie amongst others reaching over 300,000 sales!

In 2008 Jamie secured his biggest project yet by signing up with MINISTRY OF SOUND to give you the mighty SOUND OF BASSLINE album , which went on to sell well over 150,000 copies + hit number 2 in the UK dance chart!

JAMIE DUGGAN has been mentioned in our news coverage

Beats Per Minute: Skepsis chooses fifteen tracks ahead of his album launch party

Here are the latest JAMIE DUGGAN mixes uploaded to Soundcloud.