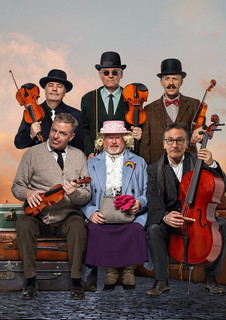 Madness are a pop/ska band from Camden Town, London, England that formed in 1976. As of 2007, the band has continued to perform with their most recognised lineup of seven members, although it's varied slightly over the years. They were one of the most prominent bands of the late-70s 2 tone ska revival. However, as their career progressed, the band moved away from ska & closer toward conventional pop music.

Madness has been mentioned in our news coverage

Below is a sample playlists for Madness taken from spotify.

Do you promote/manage Madness? Login to our free Promotion Centre to update these details.