Discover the biggest, best and most recently announced club events, gigs and live music festivals at the beginning of every week, in our New On Skiddle roundup.

Scroll further down the page to find out where you can catch the aforementioned artists live, and grab yourself some tickets whilst you still can.

(Click or tap on the event titles, artist or venue names below for more) 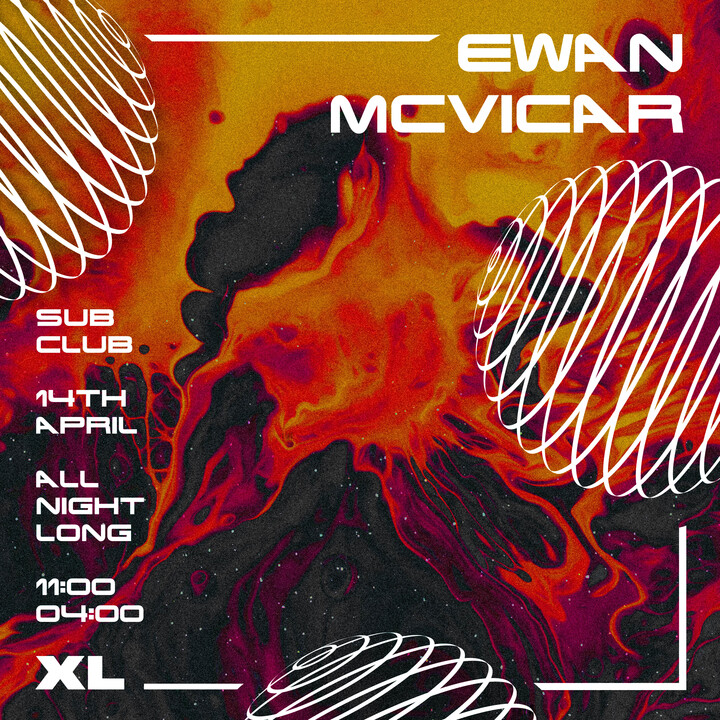 Where: Sub Club in Glasgow

Man of the moment, producer/DJ Ewan McVicar will head to one of his favourite clubbing destinations this April, Glasgow's Sub Club, for part two of his XL residency. Promising to be one of the clubs highlights of the year so far, following on from his first sold-out instalment, McVicar is set to supply revellers with a naughty soundtrack stocked with full of dance floor fillers.

Do Easter properly this year. Get down to Sub Club to hear why Ewan McVicar is one of the hottest names on the scene at present.

Hacienda Classical By The Sea 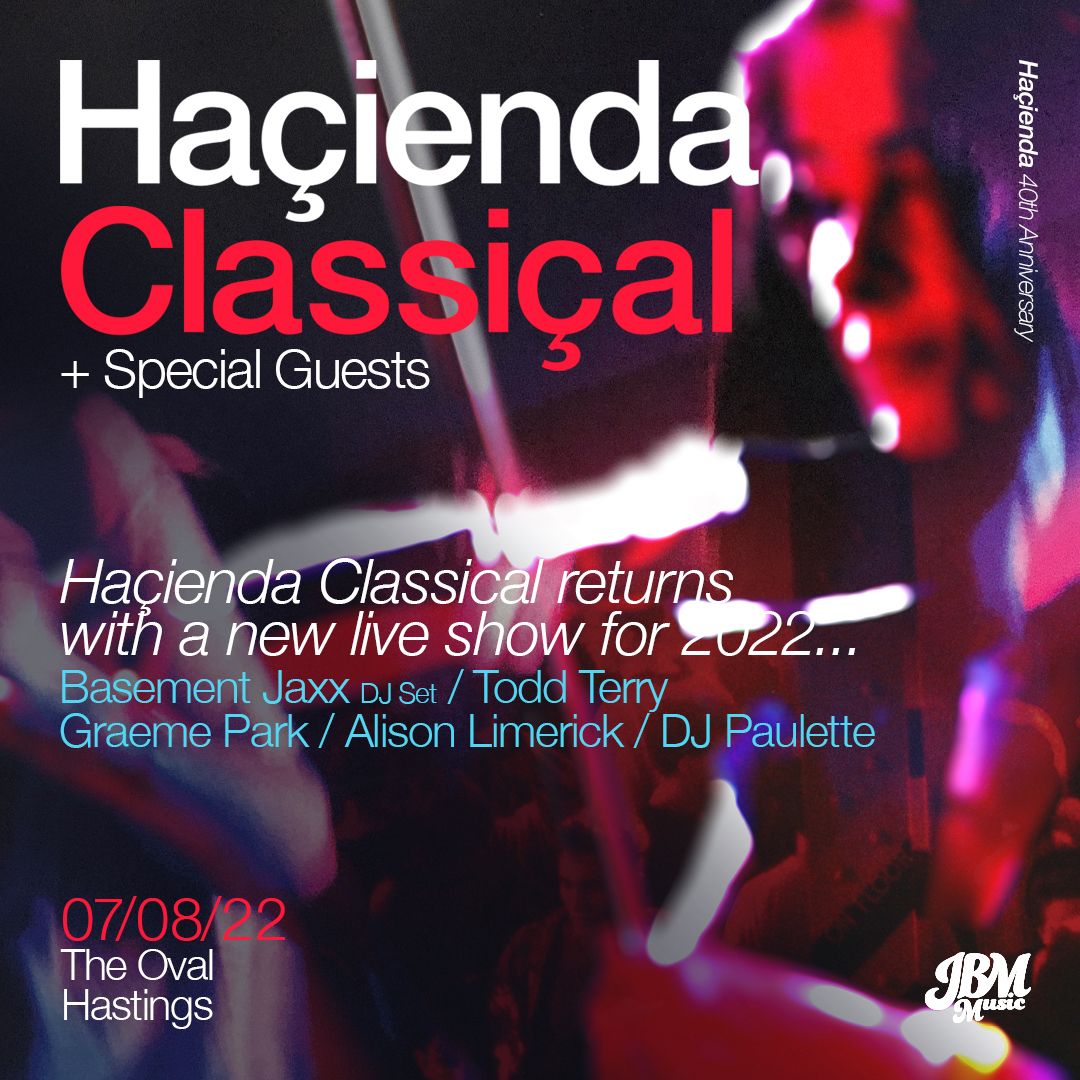 Where: The Oval in Hastings

Celebrated live orchestral clubbing series, the Hacienda Classical has announced its plans to hold a brand new event on the southern coast of England this summer, taking over The Oval outdoor events space in Hastings for the first-ever Hacienda By The sea.

Manchester favourites, DJ Graeme Park and DJ Paulette, along with special guests Basement Jaxx and house legend, Todd Terry, will link up with the award-winning Manchester Camerata Orchestra to provide a live and reimagined arrangement of some of the most influential dance anthems of the past thirty years.

Experience an all-new setlist of classic records mixed by dance legends and accompanied by strings, horns and live vocalists, whilst looking out over the stunning coastline, as the summer sets this August.

Find tickets for Hacienda Classical By The Sea - here 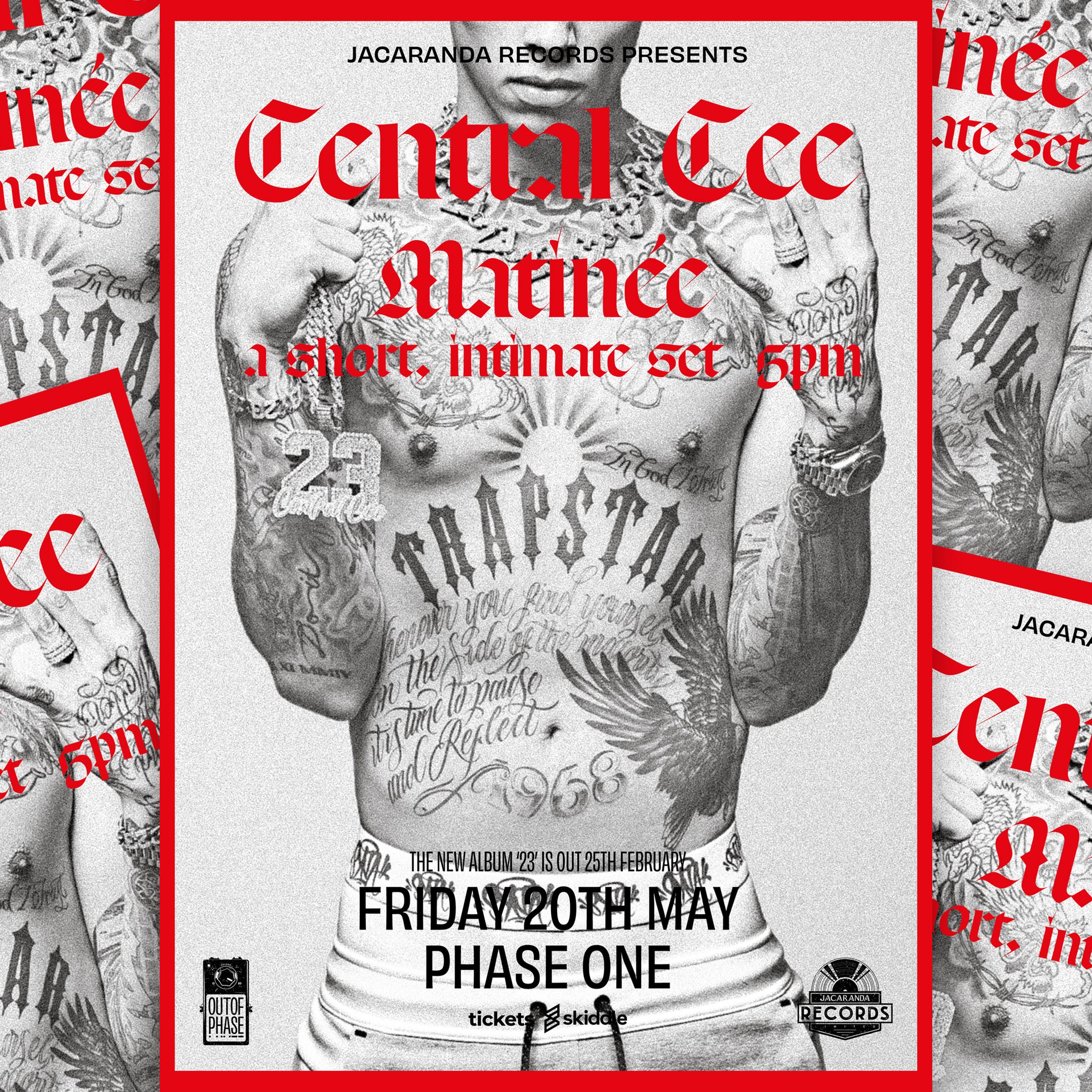 One of the most exciting rap prospects to emerge out of London in recent times, Central Cee has announced two intimate and limited performances in Liverpool this May, taking to the stage at live music venue, The Arts Club and nightclub, Phase One.

Inspired by his dad's hip hop collection at a young age, Central Cee quickly picked up a passion and knack for rap. Honing his craft through a pretty tough upbringing, which saw him out on the streets at just fourteen years of age, the talented rap star is now enjoying the hard-earned fruits of his labour, having been co-signed by American rapper, Big sean and achieving no less than six hit singles last year alone.

Catch him delivering his usual energetic live show at two up-close-and-personal events in Liverpool this May. Tickets on the link below... 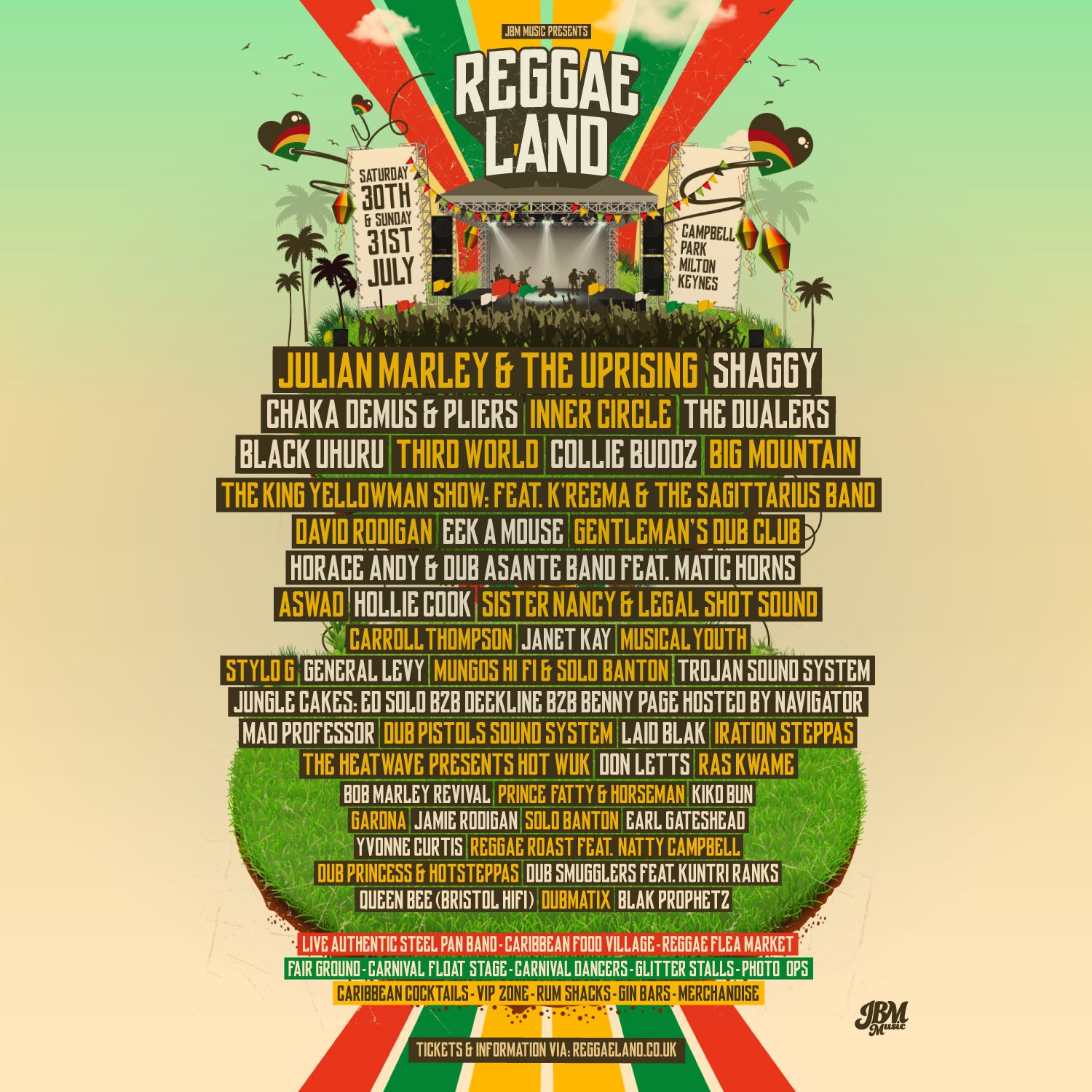 Where: Campbell Park in Milton Keynes

The Uk's biggest Reggae Festival, Reggae Land will touch down in Milton Keynes Campbell Park this summer for an incredible weekend, teeming with performances from some of the best live reggae, dub, and dancehall artists around.

Don't just go for the music! Punters will also be spoilt to an offering of delicious and authentic food in the festivals Caribbean Food Village, with plenty of Caribbean cocktail and rum bars on hand to help wash it all down. 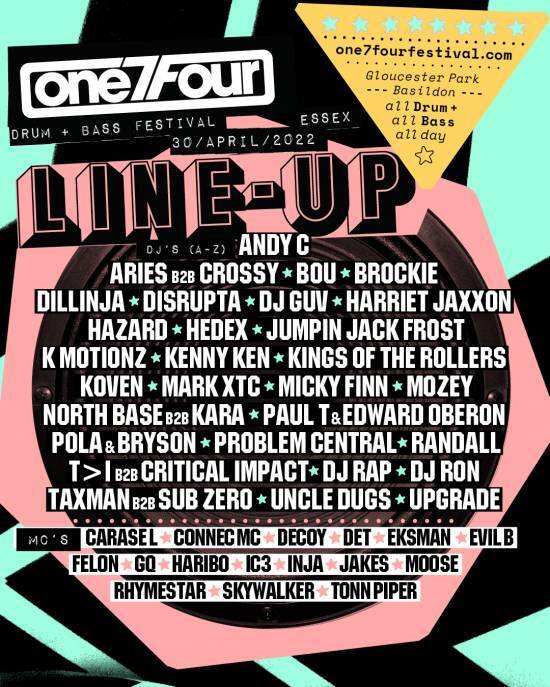 Where: Gloucester Park in Basildon

A brand new, boutique drum n bass festival is coming to Basildon, Essex in 2022, bringing with it a host of the bass scenes biggest and most respected names.

Amongst the celebrated names set to throw it down at the debut of this year's One7Four Festival are the likes of Ram Records head honcho, Andy C, Dillinja, Hedex, DJ Hazard, King Of The Rollers, the jump up trio made up of esteemed DJs Serum, Voltage and Bladerunner, and Eksman to name a select few.

Over 50 acts have been confirmed to perform across three unique arenas, armed with the best in live production and sound. A must-attend event for lovers of drum n bass. 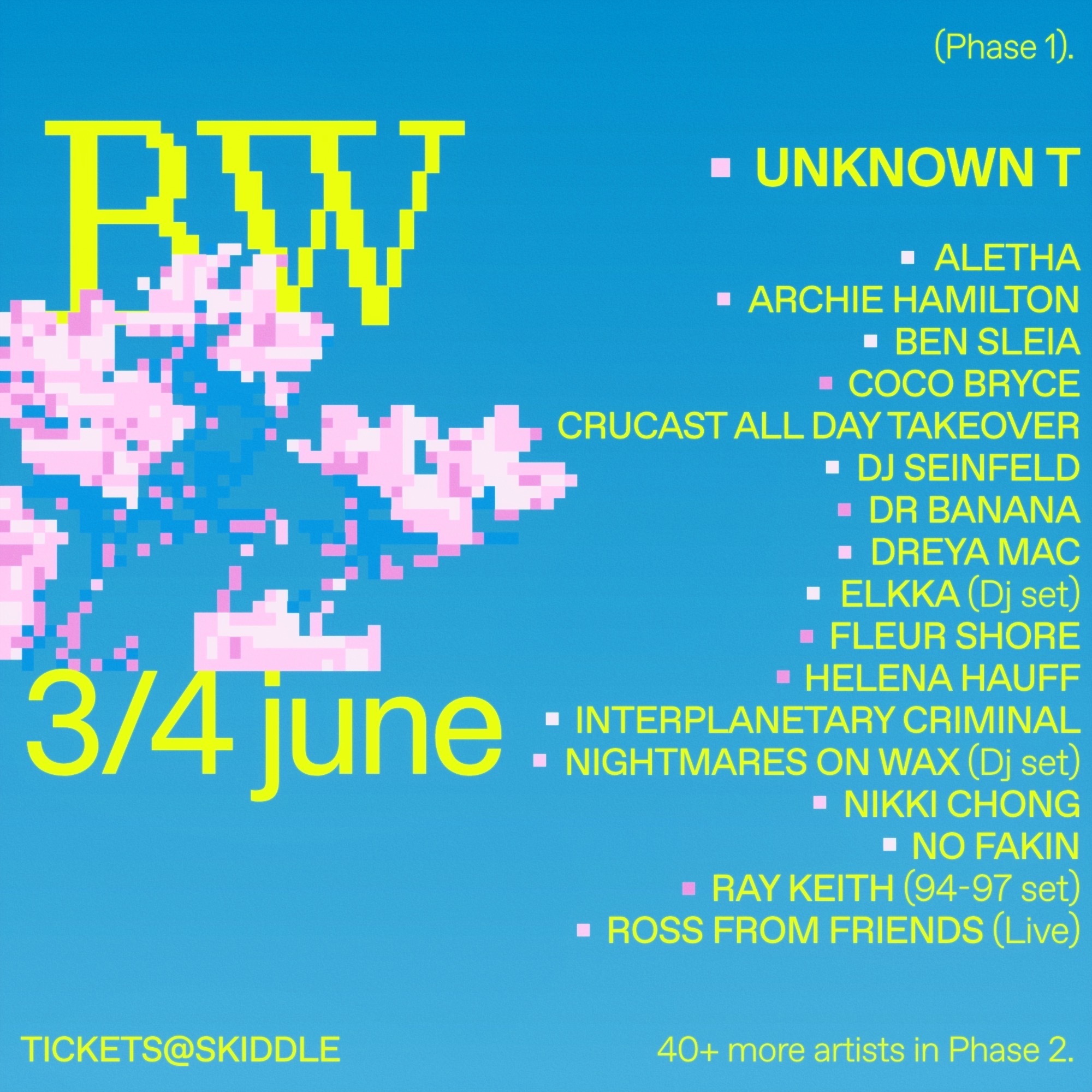 Where: Baltic Triangle in Liverpool

The Baltic Weekender is back again this June, after a sell-out year in 2021. The cultural event, which takes over the city's trendy Baltic District for two heavy days and nights of live music, will welcome a second-to-none bill of artists to perform in various venues across the former industrial zone. 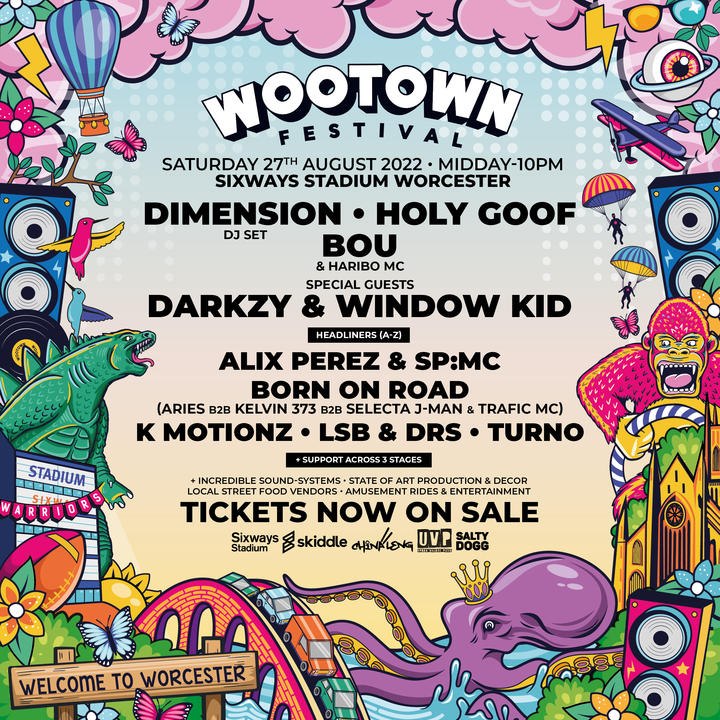 Where: Sixways Stadium in Worcester

Early bird tickets for this event have now sold out and First Release tickets are selling fast! Act fast and secure yours now on the link below... 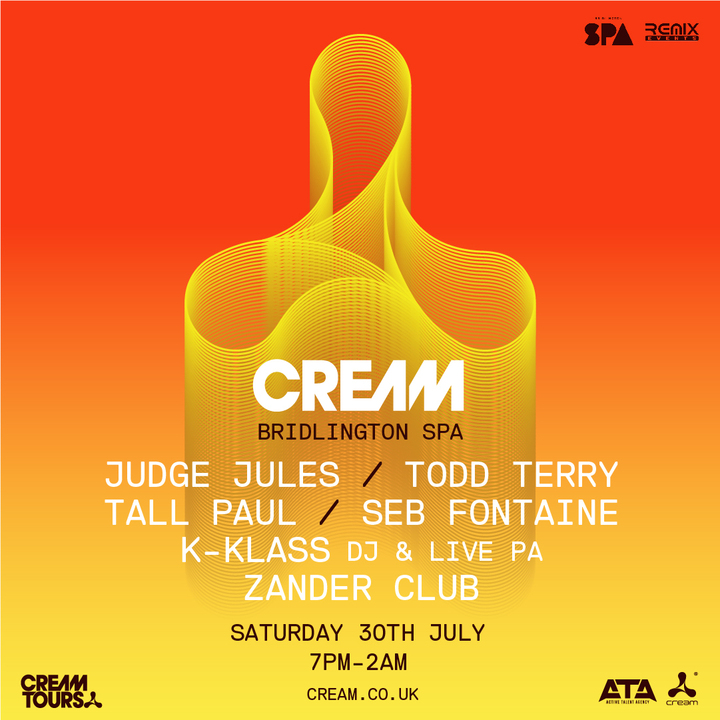 Iconic Liverpool-based dance brand, Cream heads over the border to the East coast of Northern England this July, to host an evening of unadulterated dance anthems and hands in the air classics in Bridlington Spa, East Yorkshire.

The team behind the pioneering label and events company, one that has influenced more than three decades of electronic music around the world, has enlisted a group of greats to help it bring the party to the people of Bridlington. On the lineup are legendary dance floor dominators, Judge Jules, Todd Terry, Tall Paul, Seb Fontaine, K-Klass and Zander Club.

For fans of the best in electro house, funky house, hard dance and trance - an unmissable occasion! 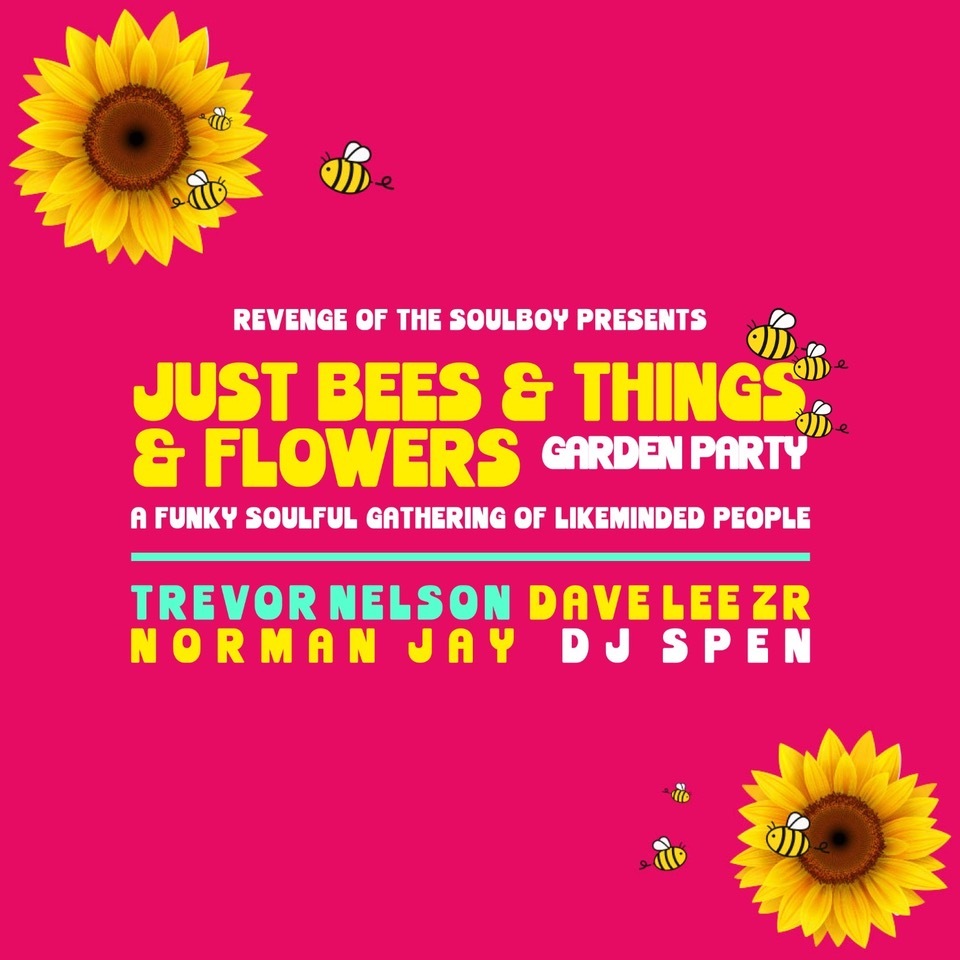 Sunshine, soul music, like-minded musos and good vibes. That's what's on the menu at St Alban's Just Bees & Things & Flowers Garden Party Festival this June. What better way to spend the Queen's one-off Jubilee Bank Holiday weekend (word on the grapevine is Her Majesty has been extended an invitation too).

Promising an extraordinary day of entertainment and experiences, on a purpose built facility in the leafy county of Hertfordshire, the festival is set to be one hell of a celebration of all the magnificent things mentioned above. 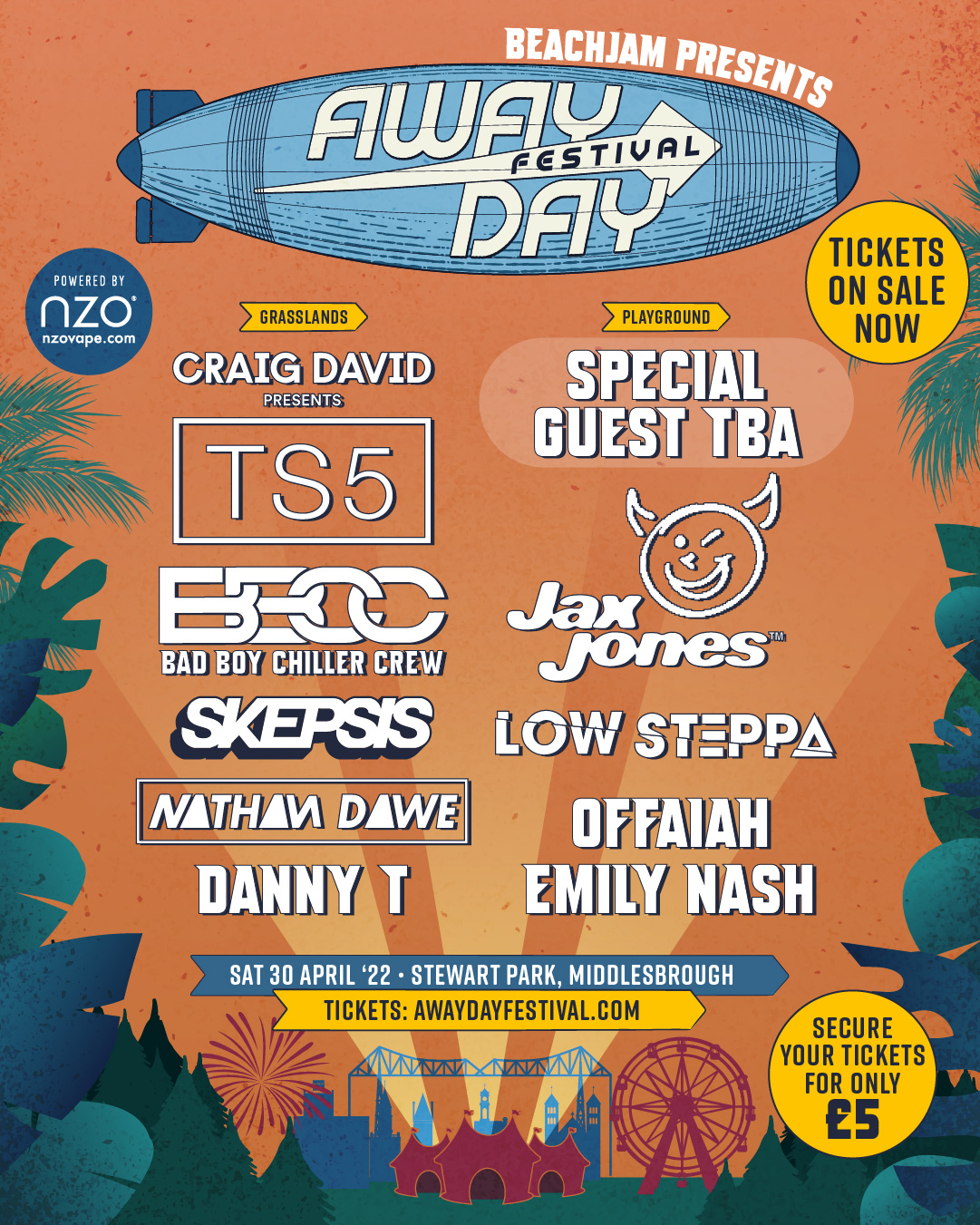 Where: Stewart Park in Middlesbrough

From the organisers of popular house music event, BeachJam comes a brand new open-air party in the North East of England - Away Day Festival.

Taking place over the early May Bank Holiday weekend, at Middlesbrough’s picturesque Stewart Park, the festival and its team of staff are said to be working on delivering a day-long dance music soiree to end all others, with some of the biggest names in UK music confirmed to appear across two monstrous stages - the Grasslands and the Playground.

Payment plan options are available for the upcoming summer event. Secure your ticket today for less than ten pounds. Just click or tap on the link below...