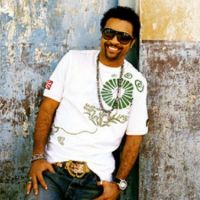 Shaggy (born October 22, 1968, in Kingston, Jamaica as Orville Richard Burrell), is a Jamaican reggae artist who takes his nickname from Scooby-Doo's companion (possibly from the similarity of their first names). He is especially notable for his distinctive sub-baritone voice. His family immigrated to the United States and they settled in the neighborhood of Flatbush, Brooklyn, located in New York City, New York, USA. In 1988, he joined the United States Marine Corps and served during Operation Desert Storm during the Persian Gulf War.

Shaggy has been mentioned in our news coverage

Below is a sample playlists for Shaggy taken from spotify.

Do you promote/manage Shaggy? Login to our free Promotion Centre to update these details.