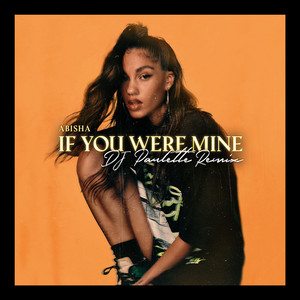 Since 2010 Paulette’s residency at Queen has been an unmissable event in the Parisian social diary: created in collaboration with Charlotte Lions, Paulette’s Queen parties are sexy, unique, musically uplifting, aesthetically pleasing, elaborate and entertaining events. Audience participation is fully encouraged, the ambiance is always festive and the emphasis is on hedonisitic enjoyment. Now – and after 9 fabulous seasons, Paulette has rebranded her party afresh for Summer 2012. Welcome to the Paulette ‘Bang’ parties – where there’s a surprise around every corner. BANG launched in Ibiza at Hotel Es Vive (her home for the summer season) in May 2012 and will pop up around Europe during the summer. Become a ‘Bang Ganger’ - join the ‘Bang’ page on facebook and keep fully up to date with all the news.

She has been improving her production skills forging partnerships with French DJ Producer Benjamin Franklin. Together they have made the release ‘Don’t Stop’ – an original production featuring new UK singer Megan on vocals. Remixes are underway and the single will be released on BFK Records and available to buy on Beatport soon. She also has a project near completion with Dutch DJ / Producer ‘(and sometime partner to Mirwais) David Gravell. She is always open to creating compilations and previously Paulette mixed the exclusive Toolroom compilation for Radio FG’s Ibiza Fever 2010 CD (released May 2010), the album sales of which put this amongst one of Wagram’s best selling compilations of the year.

When she is not in the studio recording her weekly Radio FG show (which is syndicated nationwide and internationally) you can still be sure that she is working hard You can occasionally catch Paulette mentoring & teaching up and coming DJs via college lectures. Paulette says ‘it is essential to encourage and nurture new talent, the international spotlight is shining more brightly than ever on dance music and you never know where you are going to find the next superstar’

Paulette is strong, sassy, sexy and she’s coming to a club near you. With a busy touring diary that takes in some of the most prestigious clubs and events around France and Europe including Queen Club in Paris, Technoparade & Fête De La Musique (Paris), Soirée Bleue (Marseille), Sound Factory in Lyon, Cocoon in Frankfurt, Amnesia in Cap D’Agde, La Plage in Bordeaux, High Club in Nice and select guest spots in Belgrade, Poland, Spain, Italy, Croatia, Serbia Paulette continues to be an enthusiastic, fervent and widely respected ambassador for House Music. Recently inducted as an honorary member of Technopol (the organisation behind France’s biggest free street festival - Technoparade), Paulette says: “It is a honour to be adopted by the Technopol team, I have loved, danced at and played at this party since my arrival in France. It is a joy to watch it grow and change and it’s an amazing buzz to be involved in the creation and administration side of things too. It makes me feel truly Parisian”.

Look out for her all new DJPAULETTE.COM / DJPAULETTE.FR website and ‘SONIC BOOM’ podcast – or join the bi-lingual revolution via her Facebook fan page (9000 + active weekly members), her Twitter account (6,500+) or be seduced musically through her Mixcloud and Soundcloud pages. Wherever she goes, whatever she does, prepare to be padazzled for shizzle!

DJ Paulette has been mentioned in our news coverage

FAC 51 The Haçienda returns to Leeds in April 2023

Here are the latest DJ Paulette mixes uploaded to Soundcloud.

Do you promote/manage DJ Paulette? Login to our free Promotion Centre to update these details.