The only thing hotter than the weather has been as of late is this fire list of brand-spanking new events, recently announced and on sale across the Skiddle site!

From incendiary parties set to run through the coming seasons at one of the nation's best-loved rave spaces, Printworks London, to festivals in unspoilt foreign lands, far away from UK shores, and trippy travelling events, arriving in a city near you in the not too distant future - there's plenty to get excited about in this week's New On Skiddle.

Don't delay, get fully acquainted with some of the finest new live music experiences on sale right now, and act in haste to secure your tickets today.

Where: Printworks London in London

Widely perceived as one of London's premier nightspots, Printworks London has recently revealed details around what might be its last ever autumn/winter season of events.

Set to take control of the ones and two's from September right through until December this year, ravers and misbehavers in the capital will be spoilt to mesmerising performances from the likes of dance legend Paul Van Dyk, DJ Snake and Hot Dub Time Machine, whilst renowned party brands Foreverland, Crucast and Worried About Henry bring their own unique shows to the epic venue.

The cultural institution has confirmed that it will sadly close its doors for good, after five consecutive years of throwing outlandish events in the city, to make way for redevelopment. Be sure to get to as many events as you can this autumn and winter to give the awe-inspiring venue the send-off it deserves. RIP. 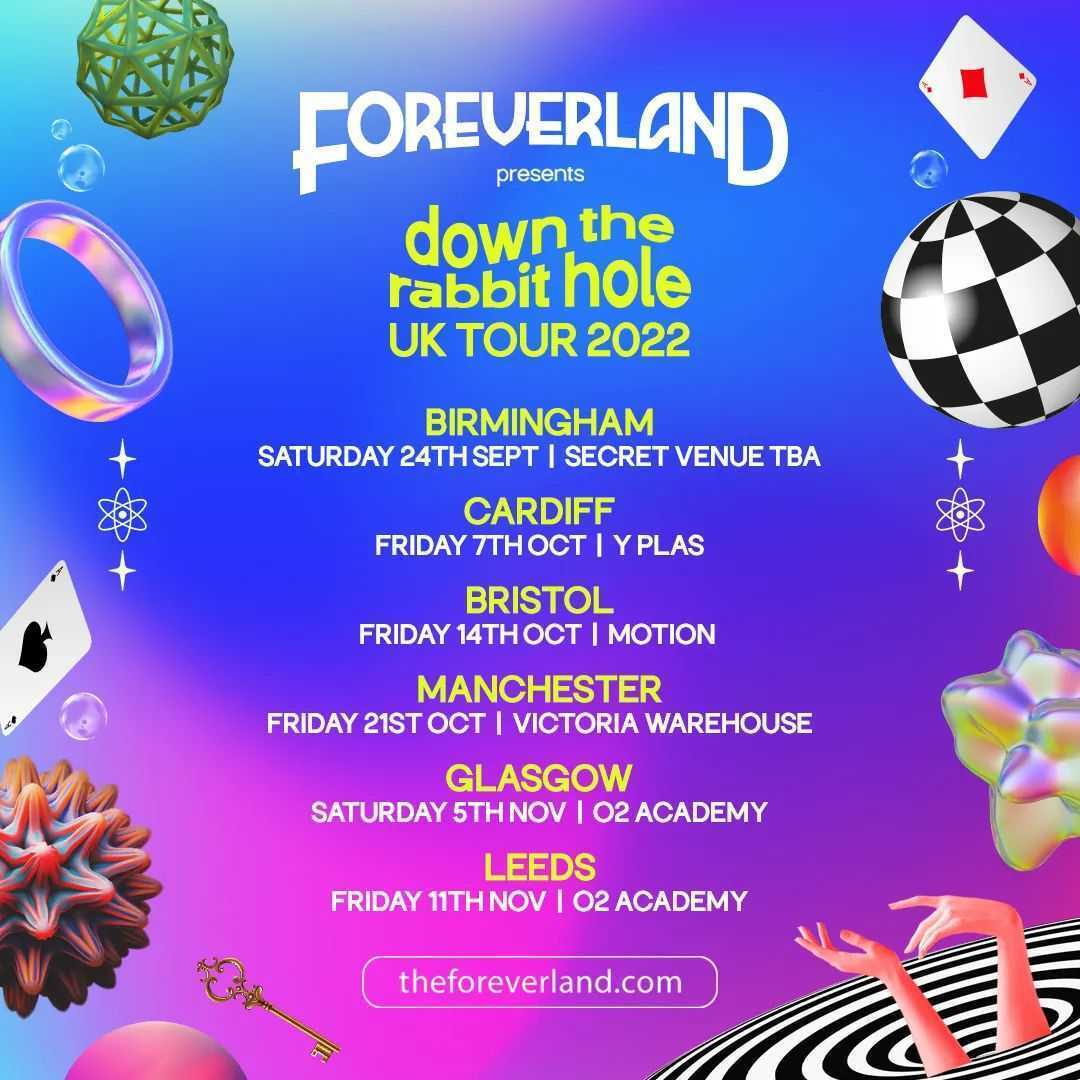 Where: Various venues in cities across the UK

A second mention for the popular Foreverland brand in this week's New On Skiddle, this time with their own special run of events, bringing what's been dubbed by many as 'the trippiest party on the planet' to cities right across the UK.

Venturing 'Down The Rabbit Hole' through the autumn of this year, the famously off-kilter party is set to commandeer venues in Birmingham, Cardiff, Bristol, Manchester, Glasgow and Leeds, providing party-goers with a party like no other.

Expect vibrant immersive decor and installations, surreal walkabout characters, confetti cannons and flaming pyrotechnic displays, not to mention a sublime selection of headline DJs. Prolific house DJ, ENDOR, will join chart-topper, SecondCity, LA-based producer, NOIZU, and one of the UK's most exciting up-and-coming talents, Florentia, among others, on stage at each of the upcoming events. 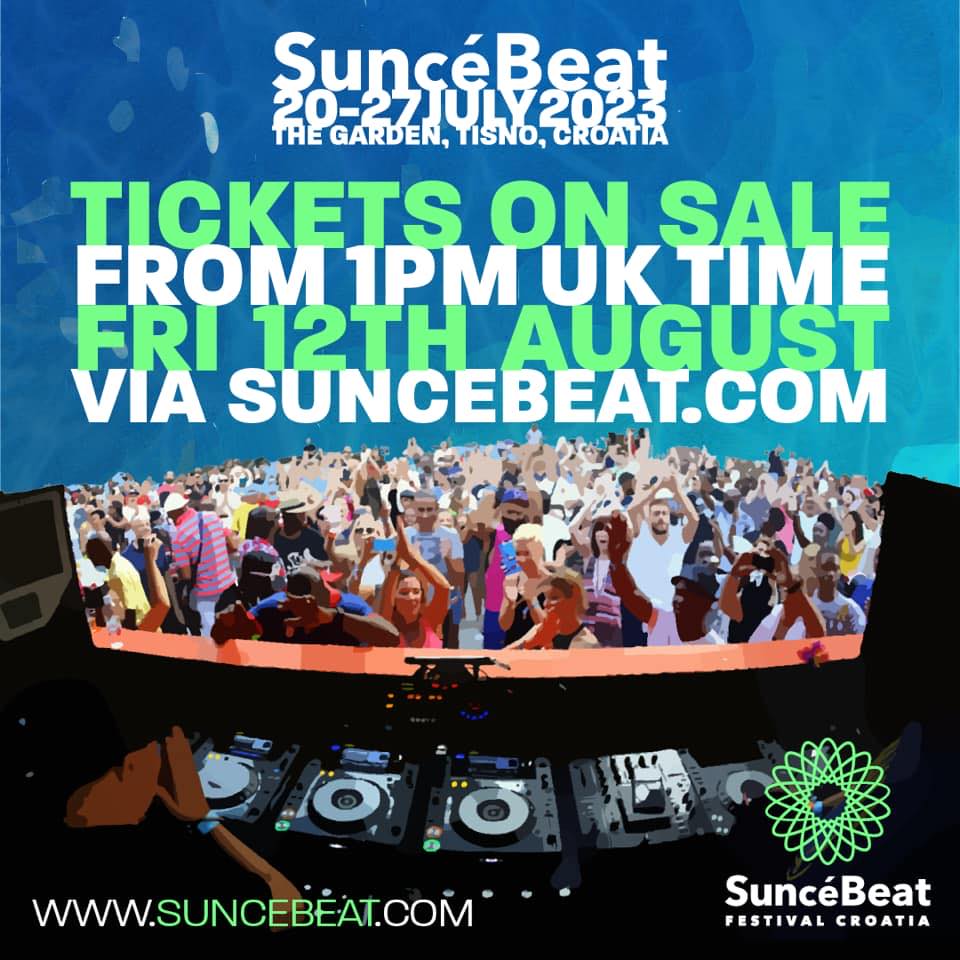 Where: The Garden in Tisno

For a week of sun-kissed and star-speckled escapism, magnified by live performances from some of the world’s leading DJ names, renowned producers and burgeoning talents, look no further than SUNcéBeat Festival.

A holiday and festival all rolled into one, the Croatian week-long event takes shape in one of the most idyllic coastal resorts of the Mediterranean, The Garden in Tisno - an international hotspot for music-led events. Beautiful golden beaches, unbroken blue skies, warm summer rays and crystal clear waters meet the exhilarating sounds of house music courtesy of some of the scene's biggest names.

Artists who've previously graced the festival's many stages and arenas - from the Main Stage and the water-side Beach Bar to the pumping Olive Grove and the jaw-dropping open-air club, Barbarella’s - include house titan Larry Heard, Black Coffee, Jeremy Underground, Kerri Chandler, Louie Vega and DJ Jazzy Jeff, to name but a few.

Details surrounding next year's lineup have yet to be announced. Watch this space for more. In the meantime, why not make the most of the 'Early Bird Limited Offer' on group tickets, and get yours and your mate's tickets at a heavily discounted price? 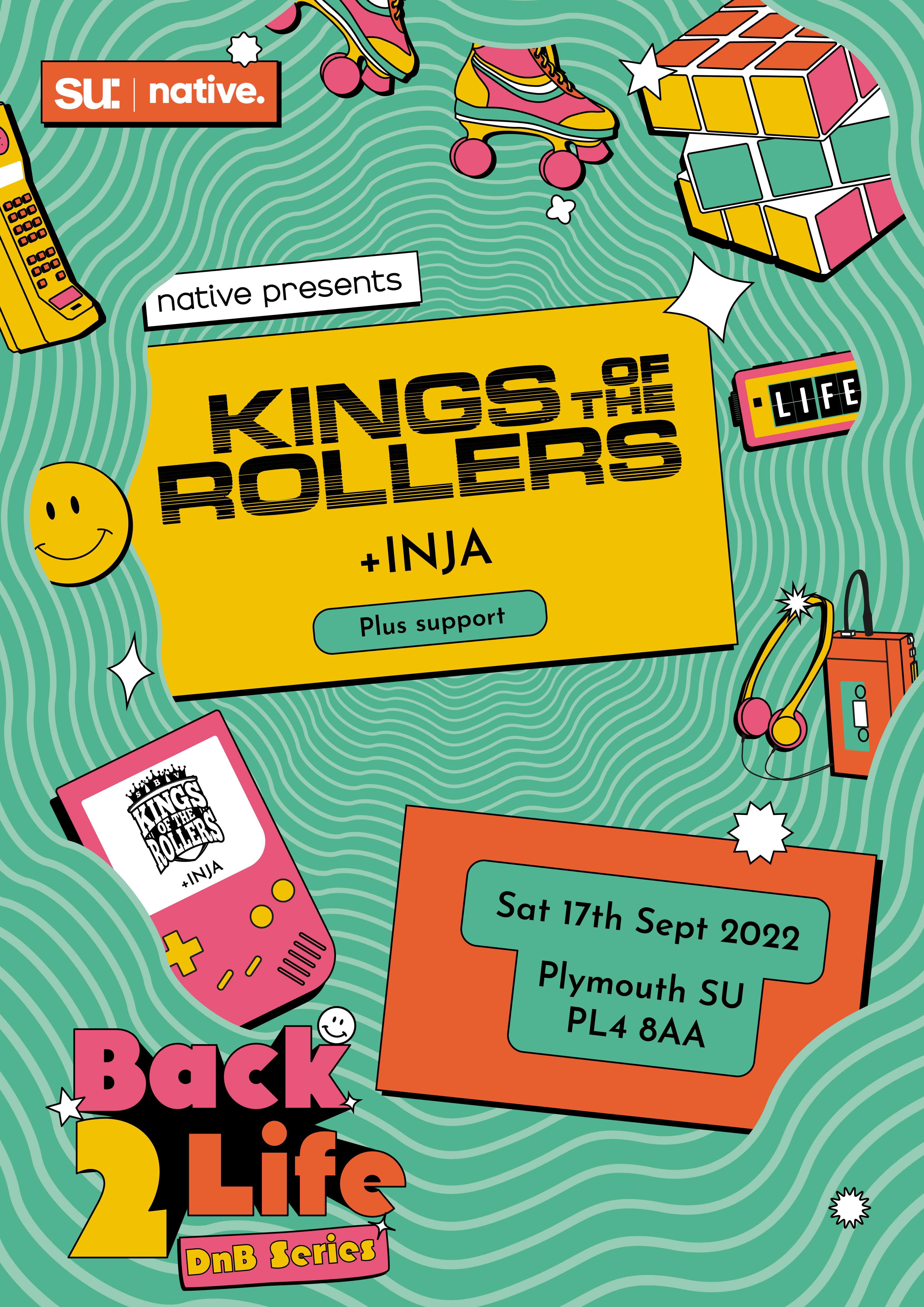 Where: University Main Hall in Plymouth

Trigger finger enthusiasts situated on the South West coast of England need to ready themselves for what's in store this September...

Party collective, Native have joined forces with Plymouth Student Union to deliver what is set to be one of the rowdiest drum n bass events to happen in the port city in 2022, hosting non-other than Serum, Voltage, Bladerunner and Inja, AKA D'n'B supergroup - King of the Rollers.

Kick-starting Freshers Week with a bang for all the new undergraduates in the area, the esteemed quartet will bring the ruckus, throwing down a killer set stocked with bangers from 11 pm until 4 am the following day. Expect to hear bass anthems 'Somebody Else', 'Round Here' and the group's latest offering, 'Style & Pattern' live and in the flesh.

Find tickets for Native presents: Kings of the Rollers - here 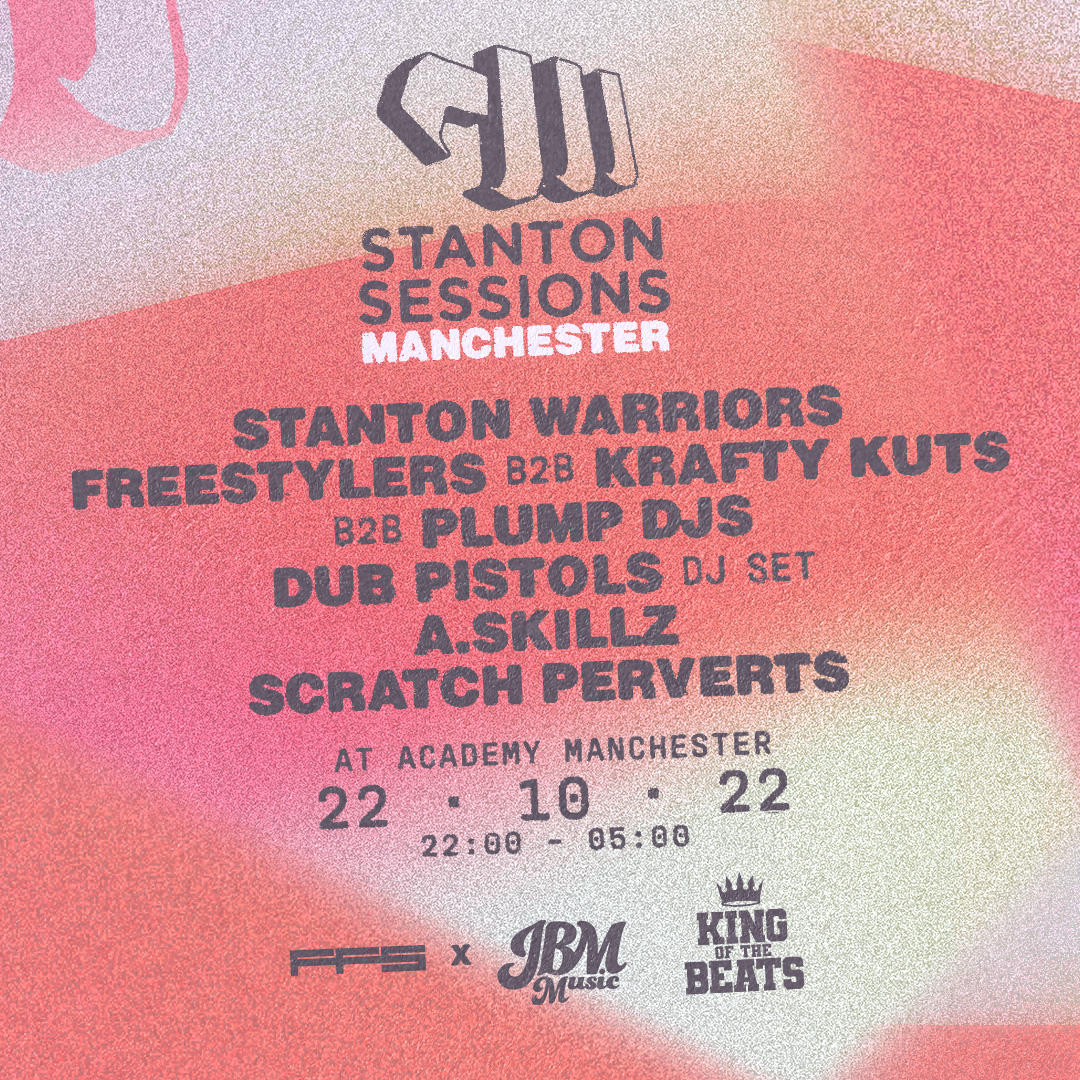 Bristolians Mark Yardley and Dominic Butler, commonly known by their stage name, Stanton Warriors have confirmed they will in fact bring their inimitable sound and live show to the Manchester Academy this October, hosting a special Stanton Warriors Session Party in the capital of Northern England.

The highly regarded twosome, who broke onto the scene over two decades ago with their multi-award-winning compilation ‘The Stanton Sessions’, still to this day continue to receive widespread acclaim for their output of unrelenting dance anthems. Performing to audiences around the world on sell-out global tours and taking to iconic festival stages at events the likes of Coachella, Glastonbury, Burning Man and Ultra, the duo's hefty CV of accomplishments reads like no other.

Catch The Stanton warriors delivering tracks from their brilliant new album, Rise, in Manchester this autumn.

Where: Newcastle Town Moor in Newcastle

Those who were present at this year's edition of LooseFest will need little persuading when it comes to buying tickets for the 2023 outing of the Newcastle-based event. Less than two weeks have passed since LooseFest opened its gates to thousands of adoring music fans, with world-class sets coming from an array of quality live music acts - including Clean Bandit, Example, DJ Fresh, Alan Fitzpatrick, Jess Bays, Manda Moor and American showstoppers, Black Eyed Peas.

Unsurprisingly, tickets are already flying out for next year's summer soiree, in spite of the fact that the lineup has yet to be announced. If that's not an indication of a great event, we don't know what is?!

Check out footage from this year's festival above to see exactly what to expect from LooseFest in 2023. 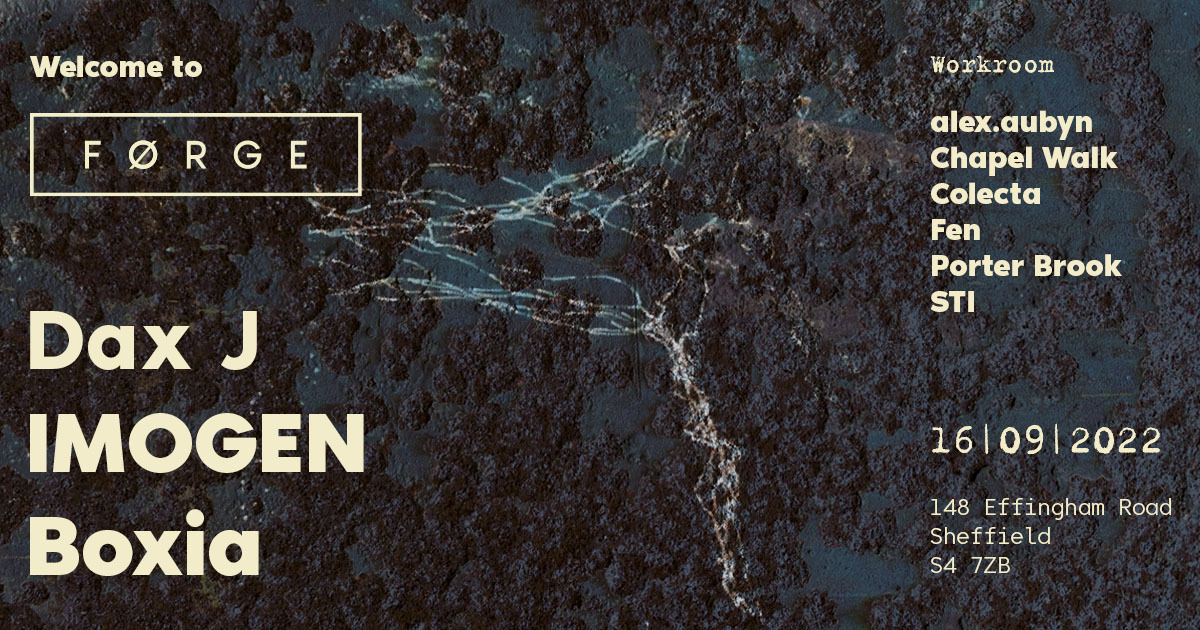 Dancefloor dwellers and music junkies rejoice! A brand new venue is about to open its doors in Sheffield! Presenting, The FØRGE.

Aiming to unite Sheffield’s dancers and propel the city’s nightlife to new heights, the site, located just outside the city centre, has various spaces for party people to enjoy. Overlooking the Tinsley Canal, The Yard will host outdoor events with The Workroom showcasing Sheffield’s rising stars in an intimate setting. The FØRGE, the venue's main attraction, will be situ of many wild nights to come, hosting live sets from the hottest acts in house, techno, D'n'B, and beyond

Join the venue and its dedicated team in celebrating its grand opening, at the Welcome To FØRGE launch event. Catch techno specialists Dax J, Imogen to 'one to watch', Boxia, among others, breaking in the monstrous new sound system. 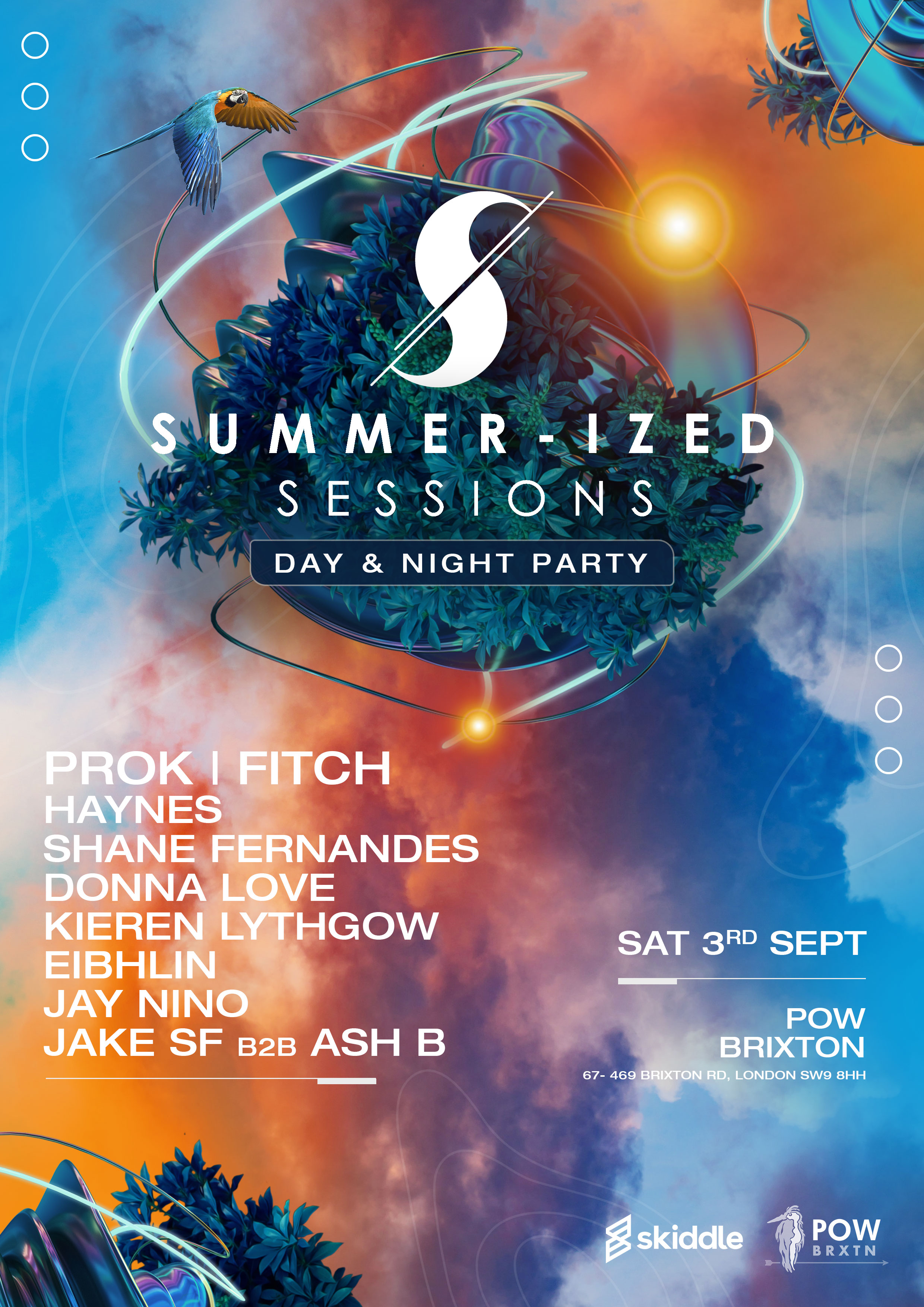 Where: The Prince Of Wales in London

Head up to the lofty rooftops of Brixton on Saturday 3rd September for a party through the day and long into the night, with the Summer-ized Session crew

Taking place within one of the borough's finest multi-floor clubs, The Prince of Wales, the summertime bash will provide punters with a space to rave amidst the breathtaking London skyline, with live music coming from a handpicked selection of special guest DJs and resident names.

On the bill, joining the ranks of quality acts such as Gilles Peterson, Norman Jay and Joey Negro, who've all previously warmed the venue, headliners Prok & Fitch will drop a set crammed with house pearlers, with support from the likes of Haynes, Shane Fernandes and Donna Love.

For unlimited feel-good vibes, plenty of cocktails, craft beers, food and more, get down to Summer-ized Sessions day and night party next month.

On sale this Thursday...

Where: Depot in Cardiff

Following up on his last sell-out show in the Welsh capital, which saw the Geordie favourite commandeering the inner keep of the centuries-old Cardiff Castle, Topping will once again provide party-revellers with a first-rate soundtrack of modern-day club anthems over 7 hours. Expect to hear pearlers such as 'Be Sharp, Say Nowt' and 'Turbo Time'.

Join the Shangri-La team and supporting techno titans, DJ Boring and Ammara for a proper knees-up on the south coast of Wales this autumn.