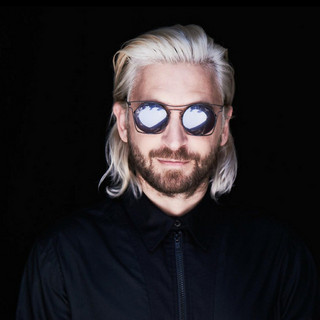 Just the name – DJ Fresh – presents a lifelong challenge. How can a producer live up to that name some two decades after he was first bowled over by the newness and innovation of rave music? How, in a genre as notoriously demanding and sometimes conservative as drum'n'bass, can he keep opening up new possibilities without losing the buzz and aggression that his core constituency demand? How can someone passionate about the ideals of the underground reach out to new audiences without selling those ideals out or cheapening his music? How, in short, does DJ Fresh stay fresh?

The answer, perhaps, lies in the same urges that drove Daniel Stein to get involved with music in the first place. In his early teens at boarding school he was surrounded by people who took privilege for granted, while he had a very different understanding of life, his father being a self-made man who had come to England from South Africa with nothing aged 21. Already an outsider, Dan saw no reason to change himself to fit in, nor to accept a system that required everyone to be alike in order to be accepted. So when friends' older brothers began to return from early acid house raves with tapes, flyers and tales of people from all classes and backgrounds brought together by hedonism - “united under a musical banner” as he puts it – he was like a moth to a flame.

The music on those rave tapes also grabbed him instantly. Having learned piano from an early age, he had a natural affinity for keyboards, and loved the electronic side of his parents' record collection – artists like Tomita and Jean-Michel Jarre – as well as the “spacier, more experimental” indie bands of the late eighties like My Bloody Valentine, Happy Mondays, Spacemen 3 and Ride. Rave music combined all the elements that he loved in these acts with a huge injection of energy and, crucially, the DIY ethos that a huge record could literally be made in your bedroom. So before he was even old enough to get to a club or rave, Dan set about working out how to capture that energy in his own beats.

Dan went on to university, but his attention was really on the rave scene – and when he made contact with pirate station Scandal FM in the London suburbs aged 19, his initiation was complete and he dropped out to pursue music and DJing full time. There he met mainstay of the fledgling jungle scene MC Moose, who provided his introduction to DJs like Mickey Finn, Kenny Ken and Andy C, who in turn supported his home-produced tunes and provided the confidence that he was on the right track. By 1995, he had made contact with the Renegade Hardware label and got his first tunes out, and via the label met Future Forces – with whom he would go on to form the legends that are Bad Company three years later.

Like most people in the mid-1990s, his clubbing wasn't limited to one sound; he took on “a good range of underground electronic sounds”, with a lot of his friends being into the techno scene in particular. But it was jungle / drum'n'bass that he felt really had the rebel nature that had first attracted him to raving, and also “the progression within the beats, the futuristic sounds, the open-mindedness that could incorporate this huge range of different styles and producers.” From his first session on Scandal FM onwards, his life was focused on the studio, on trying to pursue that progression and bring the musicality of his early electronic influences into his productions.

Through the 1990s and into the early 2000s, drum'n'bass became less fashionable and more insular – but for a long time, Dan didn't feel this to be a problem. His life was a whirl of non-stop studio work and gigging at the weekends, Bad Company's success was stellar, and there was always a new audience to play to somewhere in the world. “Because drum'n'bass is always changing,” he says, “it gets big in different coutnries at different times as it matches up to different tastes. There always seems to be somewhere where it's new and exciting to people!” Dan began experimenting with live musicians too, and when Bad Company split, he was already nurturing the Australian trio Pendulum, who he introduced to his musician friends – but that's another story.

DJ Fresh has been mentioned in our news coverage

Here are the latest DJ Fresh mixes uploaded to Soundcloud.

Do you promote/manage DJ Fresh? Login to our free Promotion Centre to update these details.