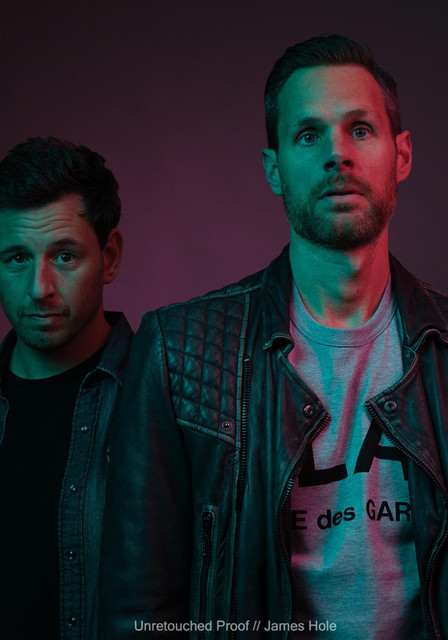 Tipped by the national media as ‘One’s To Watch’, Beatport’s Artist tip in 2010, and rave reviews throughout 2011, Prok & Fitch have more than proved the journalists’ predictions right. The hottest DJ/producer pairing in house music have chalked up an impressive array of achievements over their 6 years working together, with annual worldwide tours from Brazil to Australia alongside their full international DJ diary.

Now focusing on their original productions, Ben Prok and James Fitch’s works have been signed to some of the biggest names in the business: Axtone, Great Stuff, Toolroom Records, CR2, Stealth, 303Lovers and more. With serious and diverse support from the likes of Carl Cox to the Swedish House Mafia, Pete Tong to Tiesto there’s few clubs worldwide which haven’t witnessed the Prok & Fitch reaction.

The boys have also been remixing for some heavy duty names including Laidback Luke, Moby and Strictly Rhythm. Their own imprint, Floorplay Music continues to sign strong projects too, notably a smash from ATFC & David Penn – there’s no doubt that Prok & Fitch is becoming the byword for superior skills in quality house music. As 2012 kicked off the label approached 30 releases & some great new music releases scheduled throughout the year.

Prok & Fitch has been mentioned in our news coverage

Here are the latest Prok & Fitch mixes uploaded to Soundcloud.

Do you promote/manage Prok & Fitch? Login to our free Promotion Centre to update these details.