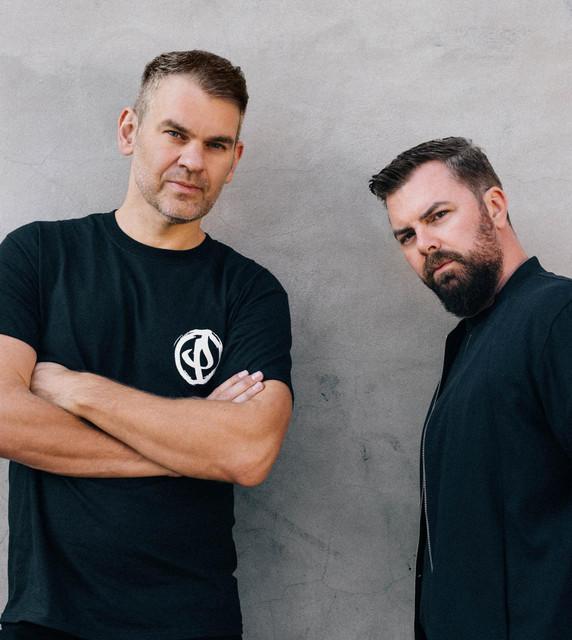 Since bursting onto the scene with their multi award-winning compilation “The Stanton Sessions” back in 2001, the Stanton Warriors’ irresistible and inimitable sound has consistently remained the soundtrack to some of the world’s biggest and best parties over the past thirteen years; from East London warehouses, Miami boat parties and illegal Detroit raves, to the stages of Coachella, Glastonbury, Burning Man and Ultra, selling out global tours and topping DJ lists along the way.

In the studio, Bristol’s Mark Yardley and Dominic Butler have honed a trademark, uncategorisable sound that is at once all their own, but also utterly indefinable, leading to high-profile releases on XL Records, Fabric, Cheap Thrills, Central Station and Universal, alongside official remixes for everyone from Daft Punk and Fatboy Slim, to MIA and Gorillaz. This phenomenal output and remarkable longevity has ensured the Stanton Warriors legendary status amongst not only their fans, but also their peers, as they remain fresh, original and relevant; obstinately dancing to beat of their own drum and helping to pave the way for new talent.

In 2014 alone, the Stanton Warriors topped the Beatport charts (again), inspired Disclosure’s Grammy-nominated album Settle, got Annie Mac dancing on her living room carpet, opened London’s 3k capacity Building Six club, saw their podcast shoot to No. 3 in the iTunes chart and smashed the stages of Ultra, Supersonic and Glastonbury.

Stanton Warriors has been mentioned in our news coverage

Full Line up - End of An Era

Here are the latest Stanton Warriors mixes uploaded to Soundcloud.

Do you promote/manage Stanton Warriors? Login to our free Promotion Centre to update these details.