Through the eye of one storm and straight into another...

Recent forecasts show a strong band of fast-moving heavy bass lines approaching British shorelines in the coming weeks, with intermittent spots of loud guitar music appearing throughout. A cold front of drum n bass is set to follow in the aftermath causing furore amongst music fans here in the UK, with conditions expected to settle before the Easter Bank Holidays (fingers crossed).

Those thinking of braving the elements to experience live music in the not so distant future are being warned that tickets for the following new events are due to sell out, with a deluge of ticket sales already witnessed. Prepare for a whirlwind spring and summer and get your hands on entry to some of the electrifying events below...

(Click or tap on the event titles, artist or venue names for more details) 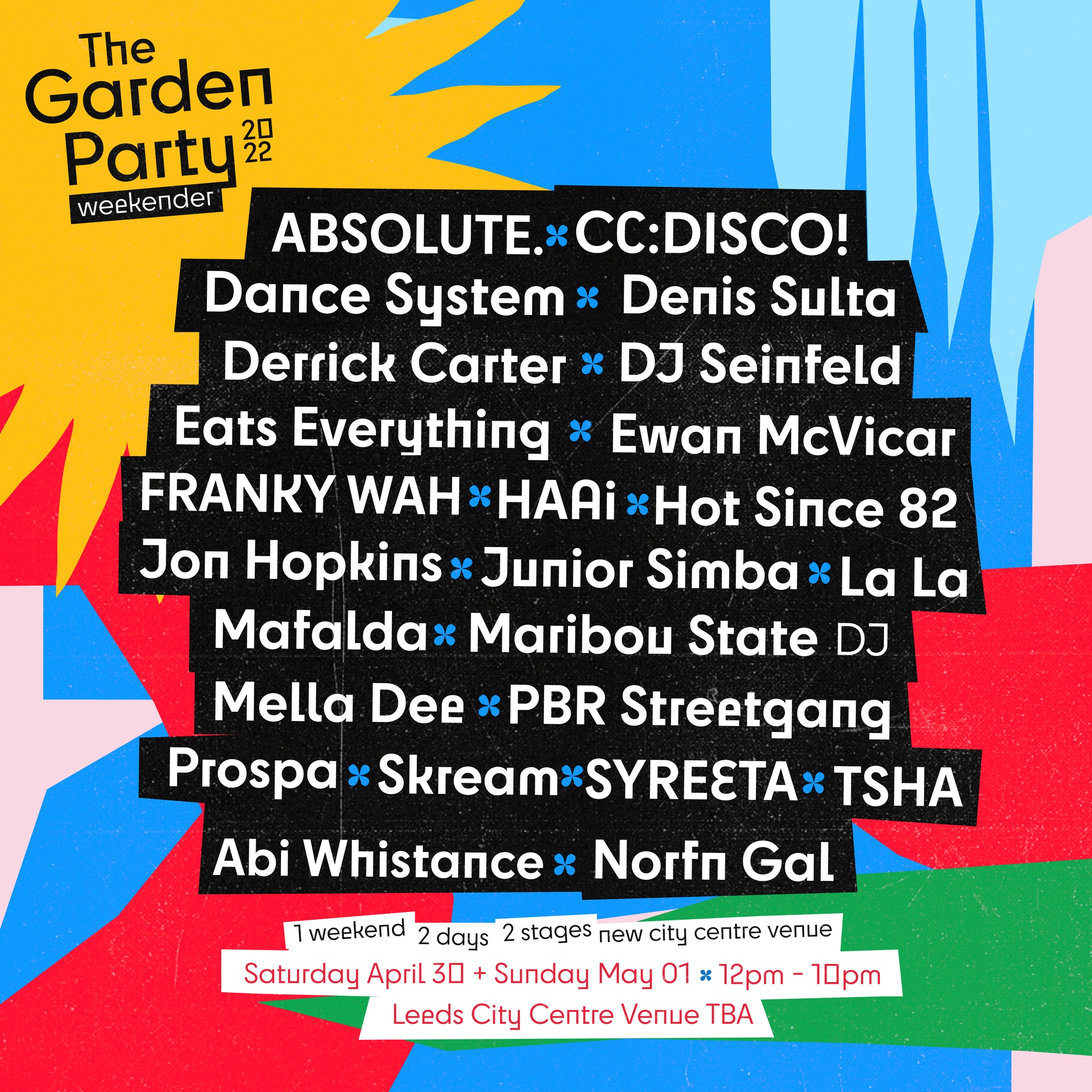 Where: Secret Location TBC in Leeds

Celebrating its sixteenth anniversary in 2022, The Garden Party returns to Leeds this year, taking over a brand new and easily accessible city-centre location across the early May Bank Holiday weekend.

Boasting two days of live performances from the best in dance music, over two epic stages, punters are being told to expect the festivals biggest edition yet, with sets coming from esteemed names the likes of Denis Sulta, Derrick Carter, HAAi, Hot Since 82 and many more (see lineup poster above).

Following a hugely successful year in 2021, tickets are expected to sell out for The Garden Party 2022. Don't miss out, get yours now! 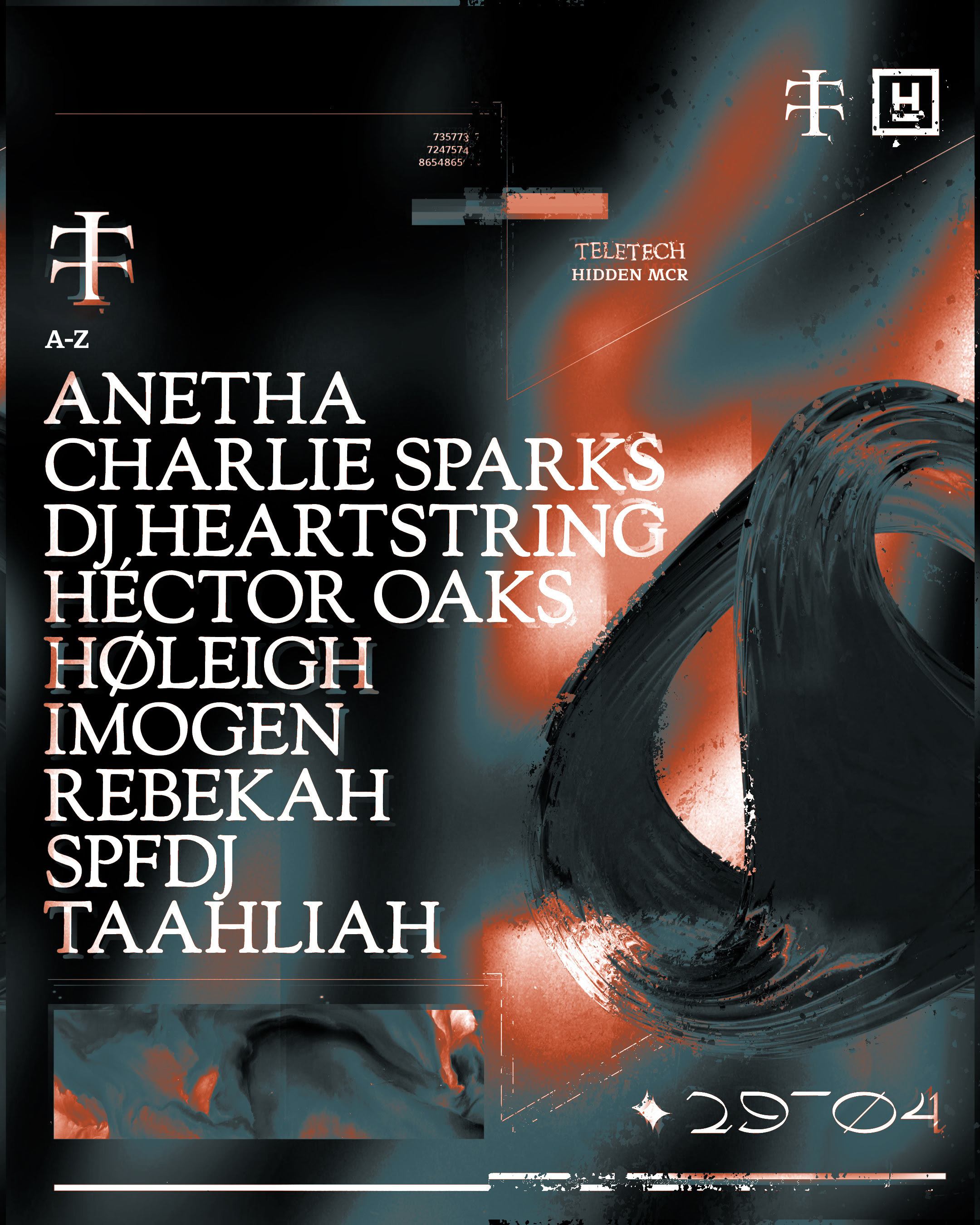 Renowned techno promoter, Teletech will bring the ruckus to one of Manchester's most frequented nightspots, Hidden, this spring, with some of the biggest names in the genre set to turn the venue inside out.

One hundred and forty beats per minute and upwards is the order of music throughout the night. Probably best you start hydrating now.

Everyone's favourite Geordie (or at least tied with Tyneside Troubadour, Sam Fender), Patrick Topping will make his way to Manchester's colossal Depot (Mayfield) warehouse venue in just over six weeks time, with a bag of fist-pumping, foot-stomping, body-moving records up his sleeve.

Appearing in front of up to ten thousand people over the Easter Bank Holiday weekend, the TRICK label boss is set to be joined by a score of fast-rising talents on the cusp of breaking through - from Ben Hemsley and Scotsman Ewan McVicar to BBC Radio 1's award-winning 'introducing' presenter, Jaguar.

Running from 9 pm until 4 am the following day, this egg-citing spectacle is set to be one that you won't want to miss. Unlike our terrible puns. Apologies. 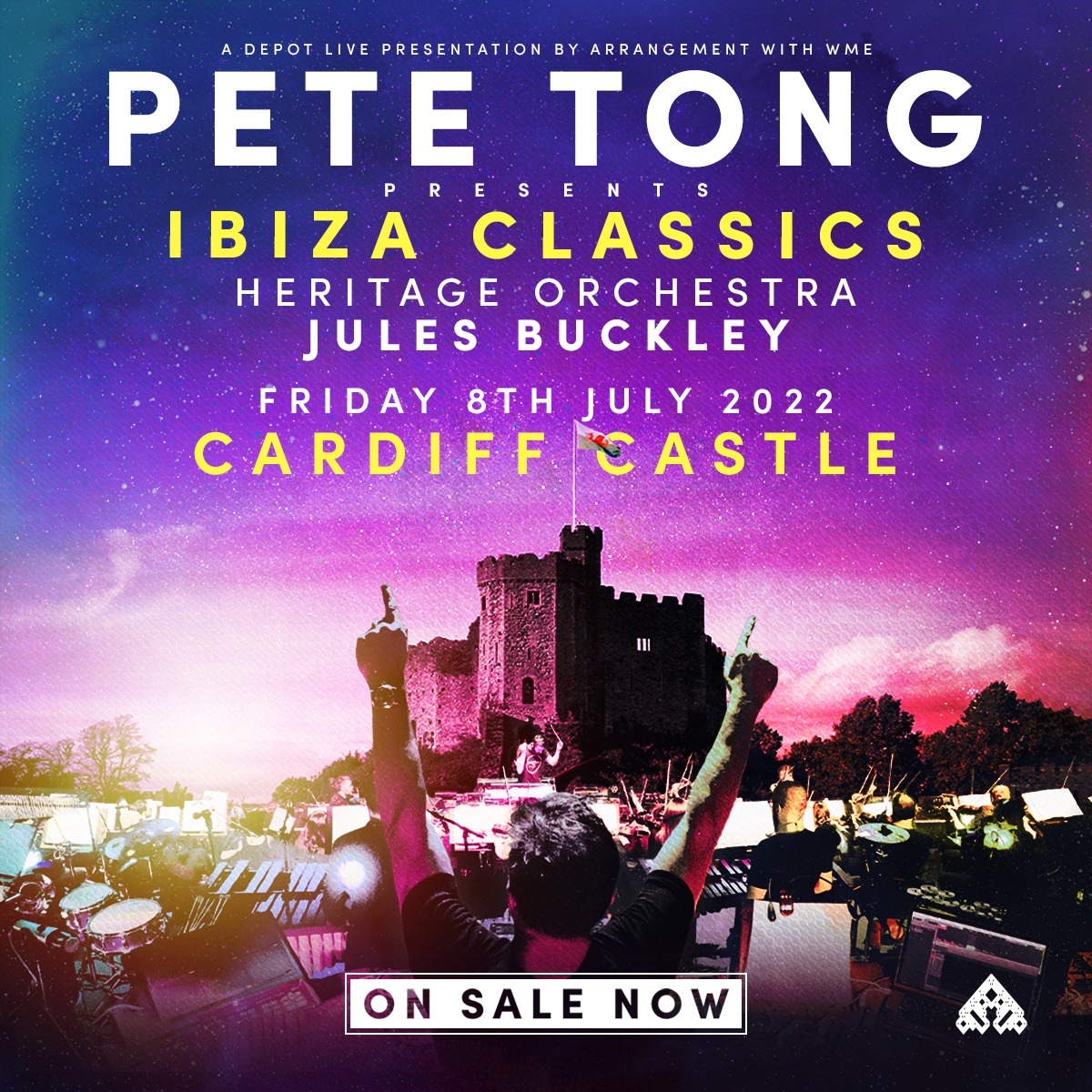 Where: Cardiff Castle in Cardiff

Pete Tong presents his lauded Ibiza Classics show at one of Wales' most historic fortresses, Cardiff Castle this summer.

The pioneering dance icon will curate a spectacular evening of live music - on Friday 8th July - reimagining a hefty catalogue of some of the biggest anthems of the White Isles from the past three decades. Collaborating with the immensely talented Heritage Orchestra, led by the expert conductor and founder, Jules Buckley, the event will showcase some of your favourite dance tracks as you've likely never heard them before.

One of the most unique experiences on this week's New On Skiddle and one that's worth every penny, we're sure you will agree. See you there? 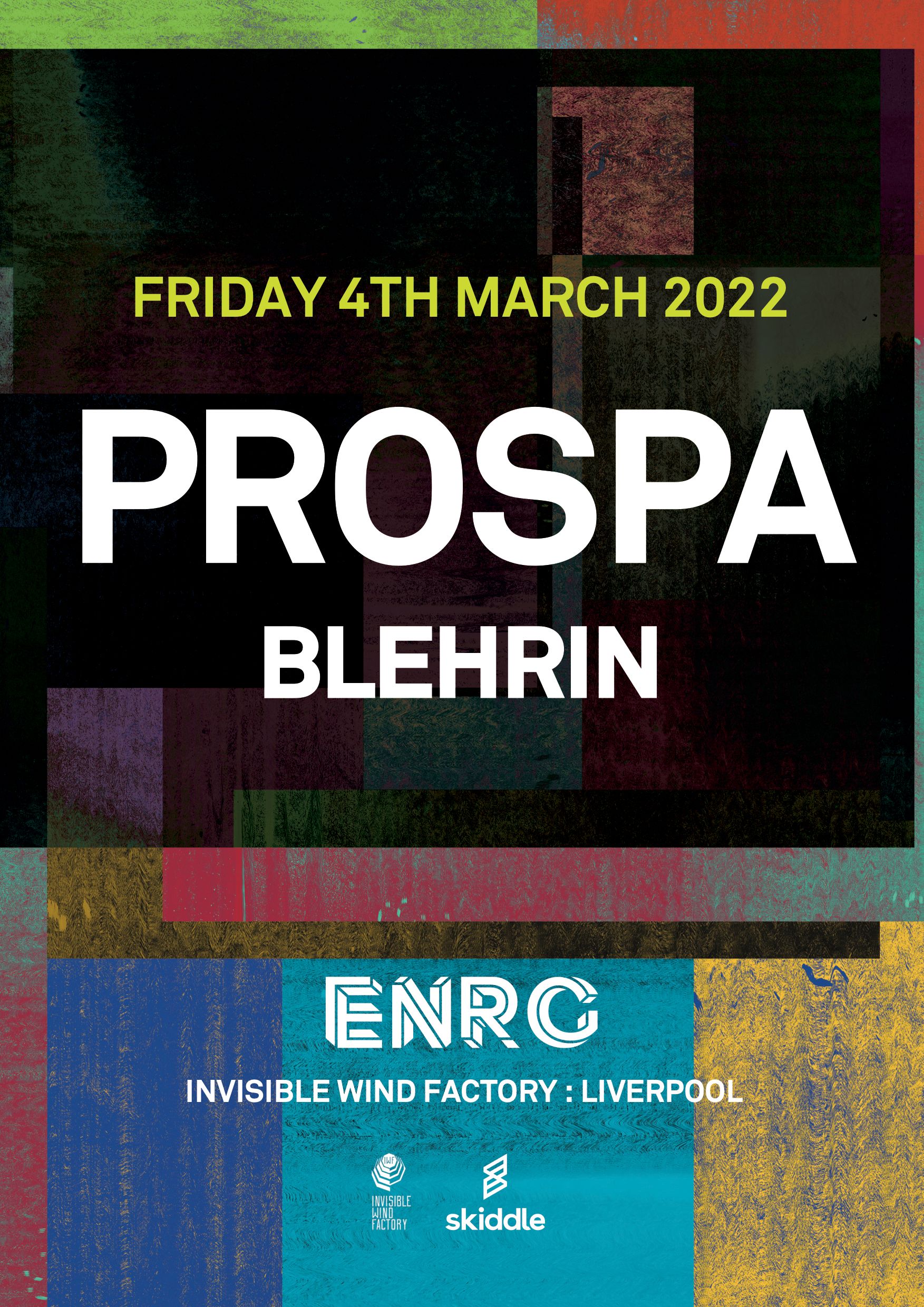 One of the most exciting and ambitious acts to come out of the current electronic music scene, Leeds' natives PROSPA have been lighting up audiences at events around the UK - the likes of Creamfields and ADE - over recent years.

The pair, who have gained the respect of some of Britains most notable tastemakers and curators, such as former BBC Radio 1 presenter, Annie Mac, are noted for remoulding the elements and features of classic dance into a new sound all of their own. 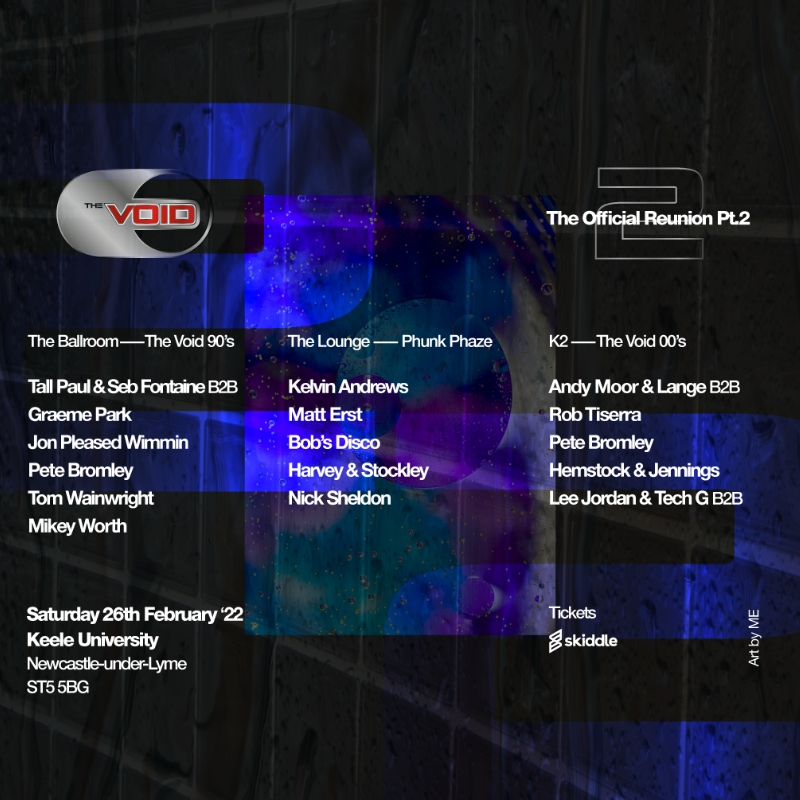 Off the back of The VOID's recent twenty-fifth-anniversary celebration comes 'The Official Reunion Part Two'.

The quarter-century birthday event last October, which brought some of the best selectors in disco, house, trance and more to the legendary Stoke-based nightclub, was a resounding success. So much so, that the local dance contingent called for a follow up to the commemorative occasion, to which the VOID team obviously obliged.

Get down to The VOID this weekend and do it all again, in the name of dance. 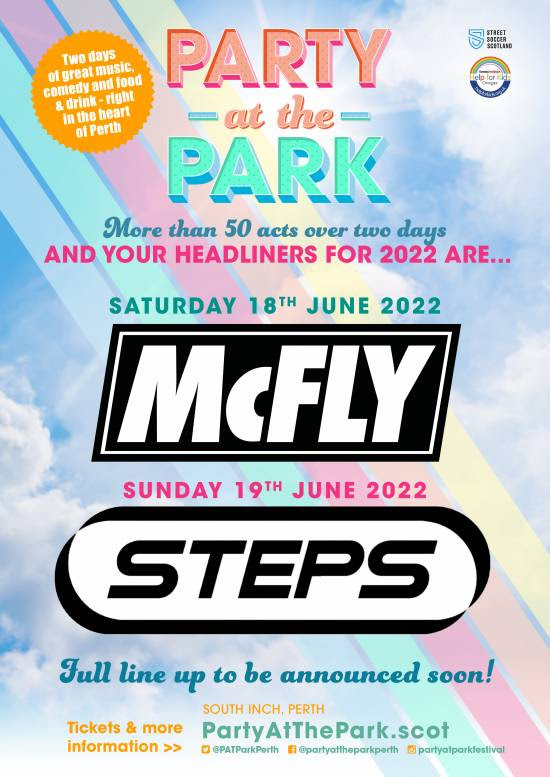 Where: South Inch in Perth

More than fifty live acts are due to delight the thousands of anticipated music fans who will gather on the grounds of South Inch Park in Perth, Scotland, this summer, for the first-ever edition of Party At The Park.

Among some of those fifty, who have recently been announced to take the festivals stage over two days, are 90s icons, Steps and British heartthrob pop-rock band, McFly. Watch this space for more lineup announcements as they come.

Situated adjacent to the River Tay, facing the historic city and once ancient capital of Scotland, the family-friendly event is the latest in a line of fantastic festival offerings north of the English border. If you're looking for an adventure fit for all ages this summer, we highly recommend checking out Perth's Party At The Palace. 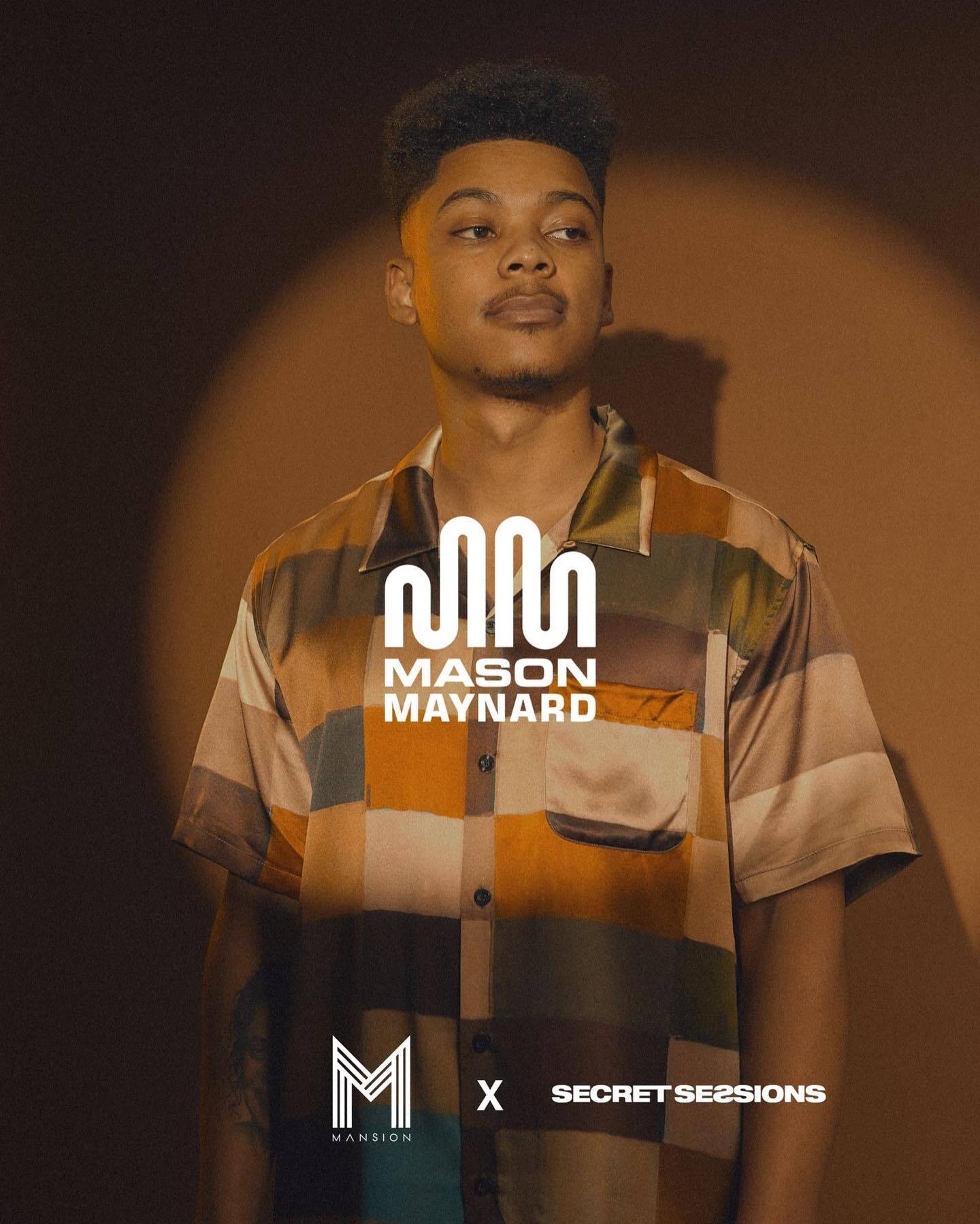 Where: Mansion in Liverpool

Promoter, producer and fast-rising DJ, Manchester's Mason Maynard is continuing on his rampage to the top of the electronic scene. The Mancunian youngster, at just twenty-four years of age, has notched up an impressive CV thus far, releasing tracks on Defected and Sola, whilst also gaining recognition and support from some of the biggest names in dance for his stellar club compositions - the likes of Pete Tong, Green Velvet and Skream to name a select few.

Now, the hotly tipped tech-house talent is preparing to head to Liverpool, to perform at exclusive nightclub and bar, Mansion in collaboration with Liverpudlian party collective, Secret Sessions.

Tickets are in high demand, unsurprisingly. Click on the link below to get yours... 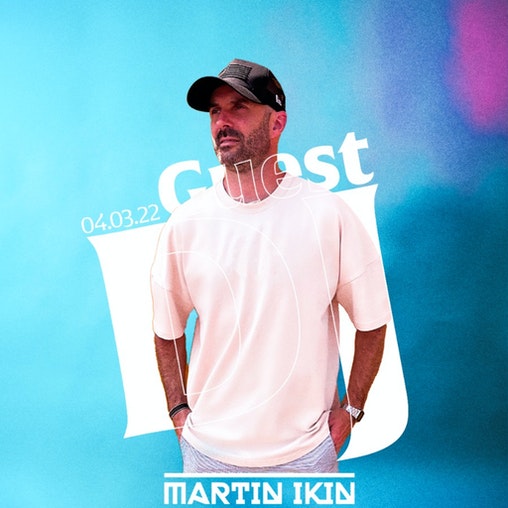 Where: 54 LIVERPOOL in Liverpool

Toolroom legend, Martin Ikin - who some of you oldies out there may remember as DJ Mayhem - will top the bill at Liverpool club, 54's French Friday residency, Ou Est La Discotheque on Friday 4th March.

Linking up with the event collectives four resident DJs, in order to deliver a night of unadulterated disco, house and hedonism, Ikin will spin some of his most recognisable dance floor fillers from his extensive back catalogue - such as last year's piano house banger, 'How I Feel', 'Devoted', and 'Feel The Vibe', released just last month.

Join the respected DJ along with the famous Femme Fatale Burlesque Show in Liverpool this March for an evening of extravagant and over-indulgent fun. 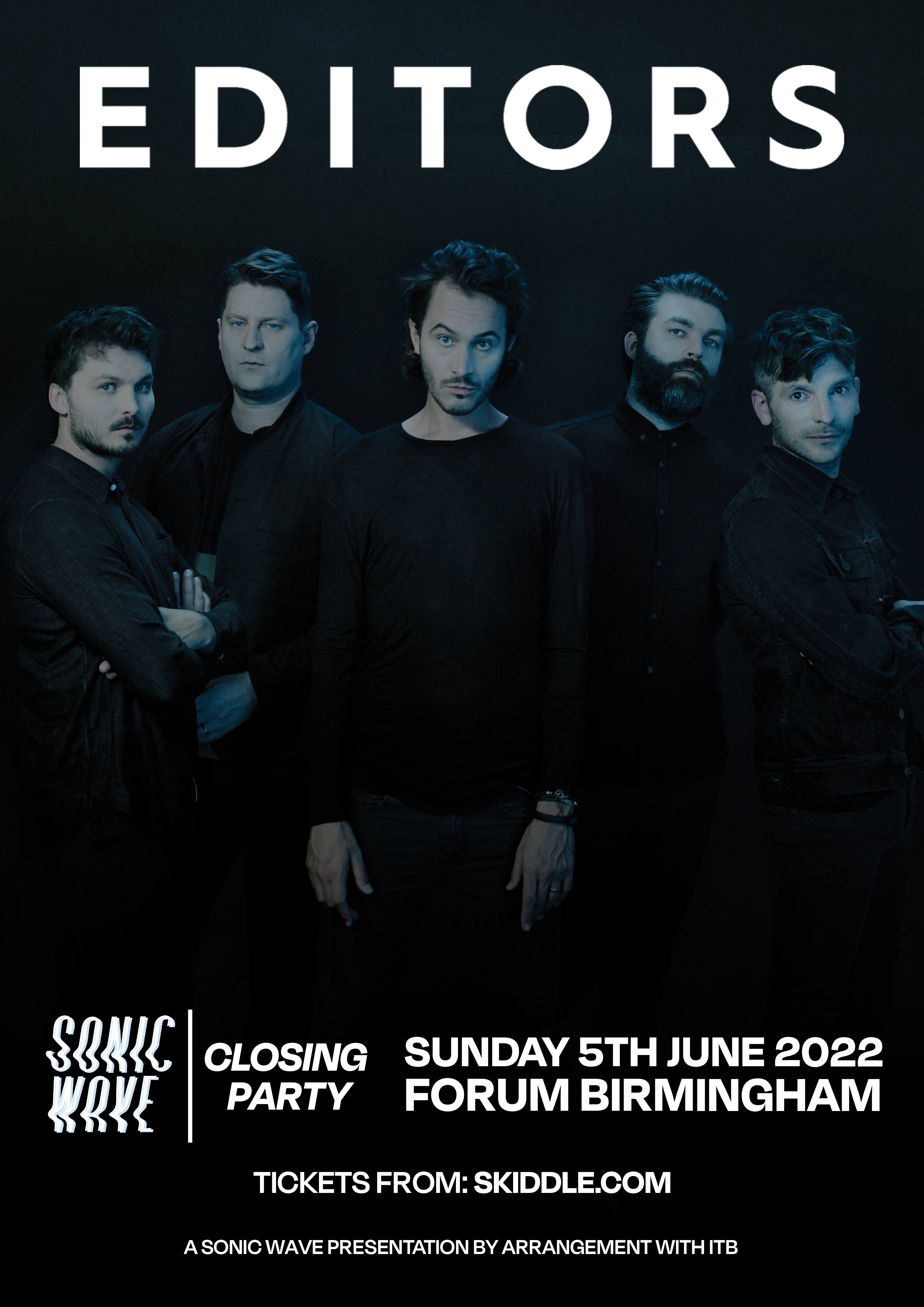 One of the UK's most consistently successful indie-rock outfits, Editors have been confirmed as the closing act at this year's Sonic Wave Festival in Birmingham.

The multi-venue event, which takes place over the Jubilee Bank Holiday weekend (Saturday 4th to Sunday 5th June), is set to feature performances from a string of acclaimed acts such as Sports Team, Baby Queen and The Magic Gang, with many more names still yet to be announced.

Editors, whose latest releases include best-of album, 2019's Black Gold and last year's rarities collection, You Are Fading, will perform in front of a home crowd at the city's newly opened live music spot, Forum Birmingham. Grab tickets on the link below and join the thousands of others expected to pack out the venue this summer.