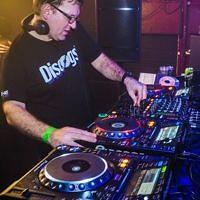 Pete Bromley has been Stoke On Trent's top House DJ for the last 26 years and it has been an interesting and varied journey for him! Resident DJ at Stoke's first successful Underground Dance night 'Introspective' back in 1989 he went on to play at the infamous Shelleys Laserdome as well as other seminal clubnights across the UK. Pete's next residency was to be at the Freetown in Hanley which would see him play alongside DJ's like Sasha & Dave Seaman. This would become the stepping stone to his next residency, the legendary Golden. Pete was the main resident DJ at Golden for an amazing 11 years which saw him play with the worlds biggest DJ's bar none. During this time he played many guest appearances at places such as Cream, Renaissance, Ministry Of Sound and DJ magazine listed him as one of the most popular resident DJ's in the world, resulting in his Essential Mix live on Radio 1 alongside Pete Tong at Sankeys in 1996. Quite an accolade seeing as he has never bolstered his career with international gigs, remixes or a recording career as 99% of producer/DJ's do these days. After Golden's demise over a decade ago, Pete then went on to become one of the resident DJ's at Satchmo's which has now become part of Stoke clubbing folkelore and his position has been cemented over the last few years as resident DJ for the Move and their parties at The Sugarmill & The Exchange playing alongside Derrick Carter, DJ Sneak, MK, Todd Terry, Seth Troxler, The Martinez Brothers, Steve Lawler, Hot Since 82, Eats Everything, Darius Syrossian, Richy Ahmed, Detroit Swindle, Huxley, Heidi, Maxxi Soundsystem, wAFF, Flashmob, Dimitri From Paris, Kenny Dope amongst dozens of House musics elite. You can catch Pete at Move events @ The Sugarmill/Exchange, Hanley, Stoke On Trent to see for yourself why he's been at the top of his game for 26 years and still going strong!

Pete Bromley has been mentioned in our news coverage

Here are the latest Pete Bromley mixes uploaded to Soundcloud.