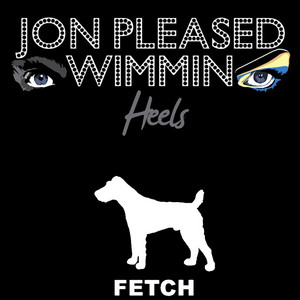 Jon Cooper AKA Jon Pleased Wimmin is a UK DJ who grew up in London and rose to fame in the club world during the 1990’s where his flamboyant cross dressing and stylish presence became a force to be reckoned with.

After cutting his teeth as a clubber at seminal late 80’s London clubs, Jon’s career on the other side of the decks started in 1991. His 3 piece Cabaret act ‘The Pleased Wimmin’ were spotted performing at Kinky Gerlinky by Danny & Jenni Rampling who immediately invited them to come and be dancers at their club Glam at the Milk Bar. Over the next year it became apparent to Danny that Jon was obsessive about his music and in the summer of 1991, he asked Jon if he’d like to warm up for 6 weeks whilst Danny was in Ibiza. An immediate hit with the crowd, requests for guest slots came in thick and fast and he became a regular fixture at clubs nationwide such as Puschca, Venus, Fabric, Back To Basics, Miss Moneypennies, Slam, Pacha, Space, The Pod, Ministry of Sound, Cream and Renaissance amongst many others. Overseas beckoned and by the end of the 1990’s Jon had played pretty much everywhere from Ibiza, Buenos Aires, Japan, South America, Australia, South Africa, Singapore, USA and more, alongside the whole of Europe.

Jon’s highly stylised dress sense (he is an ex-Fashion Student) and his skill at mixing an eclectic selection of tunes garnered praise all round and throughout the 1990’s he was a regular fixture in DJ Magazine’s top 100 best DJ’s in the world, coming 6th in 1996. He has released numerous records, including two UK top 30 hits in the mid 90’s on the Perfecto label (‘Passion’ & Give Me Strength’) along with releases in 2004 on the Wall of Sound label under the moniker ‘The Visitor’ (‘Our Lips are Sealed’ & ‘European Love’). He also remixed many artists in the 90’s such as Erasure, Divine, Michel Colombier, Mozaic and more. Jon has also released best-selling and well-received mix compilations on Ministry of Sound, Fantazia, Pimp, Stress and Distinctive records. Jon still guests all over Europe playing current and classic sets and has played alongside the cream of the Dj world including Roger Sanchez, Pete Tong, 2ManyDj’s, Jacques Lu Cont, Danny Tenaglia, Sasha, Carl Cox, Andrew Weatherall, Boy George, Sister Bliss and Erol Alkan and was invited in 2017 to DJ with Eats Everything at XOYO in London by the man himself.Jon’s current sets will be likely to feature tracks from artists and remixers as diverse as Kiwi, Eats Everything, Late Night Tough Guy, The Black Madonna, Todd Terje, Purple Disco Machine and Dimitri From Paris to name a few. An eclectic mix for the discerning clubber as ever. Recently Jon has toured Australia, played in Ibiza and Dubai and as well as appearing extensively throughout the UK at events like Creamfields and legendary clubs such as Ministry of Sound.

Some recent highlights included more DJ appearances with Eats Everything, playing at Manchester Pride alongside Ana Matronic from Scissor Sisters and plenty of gigs for Cream and DJing at the 40th Anniversary gig at the O2 in London for Soft Cell. There have been lots of exciting gigs happening in 2019 including Jon’s return to both Retro and Clockwork Orange in Ibiza and their party at Printworks, London, The Wildwood Festival, The MHOR Festival in Scotland, Reminisce Festival, a series of Pleased parties in Plymouth, Colours Classical in Edinburgh, Golden in Stoke, We Present in Leicester, Heritage and Legends in The Park Festival in Birmingham, Belfast and Croydon Pride parties and many more. In 2012 he released three of his own tracks ‘Oh Yeah’ ‘Guiltless’ & ‘Disconnected’ via the label Planet Acetate. He also remixed the single ‘Never Enough’ by Visage in 2014. In 2015 Jon released ‘Don’t be Scared (of yourself)’ on Kidology London and he released his single ‘Heels’ on Fetch Records on July 8th in 2016 with remixes from Hifi Sean and more. In 2018 he remixed the Paloma Faith single ‘Til I’m Done’ and ‘A Man Could Get Lost’ for iconic electropop band Soft Cell. Jon has recently remixed the U2 song ‘Love is All We Have Left’ which was released on vinyl as part of the Europa EP on Record Store Day on 13th April 2019. More remixes are on the way. Jon’s most recent single ‘European Love’ was released in 2019 on brand new label Chemical Alley, available from all digital music online retailers.

2020 was set to be another vintage year with bookings for Cream, Golden, Retro, Clockwork Orange, Qwerk, Reminisce, Housework and gigs in Australia in the diary., that was until Covid 19 hit.Let’s hope 2021 will see things getting back to normal a bit.Keep up to date with all Jon’s news and DJ schedule at – www.jonpleasedwimmin.com You can also stream Jon’s latest DJ mixes on his Mixcloud page - https://www.mixcloud.com/JonofthePleasedWimmin

Jon Pleased Wimmin has been mentioned in our news coverage

The return of Dare! Does Dundee

Below is a sample playlists for Jon Pleased Wimmin taken from spotify.

Do you promote/manage Jon Pleased Wimmin? Login to our free Promotion Centre to update these details.