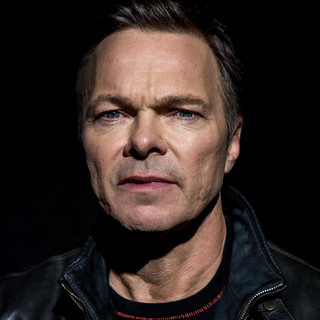 It’s fair to say that Pete Tong’s history is intertwined with the history of acid house and electronic music itself. His career mirrors the story of dance music over the last 25 years. A true renaissance man, Pete has never been about one thing and 2011 represents a significant milestone. The year has seen Radio 1 hold a special 12 hour takeover on the station celebrating Pete’s 20 years on their airwaves, in March he held his Miami Pool Party (with Hawtin, Luciano, Joris Voorn, Riva Starr and others), and he’s released two new compilations, Future Underground, (mixed alongside Riva Starr) and All Gone Ibiza ’11 (mixed alongside Felix Da Housecat) on Defected.

Pete has also been chosen to close the East Dance stage at this year’s Glastonbury festival. On the Sunday night he’ll round off proceedings with a set featuring special edits and more than a few surprises. Add to all this his constant touring, production work, remixes, music supervision, film scoring, and a weekly Radio 1 show, and he’s without question the busiest man in dance.

At the heart of all of this, is Pete’s ability to push and nurture new talent. From Guti and Benoit to Maya Jane Coles and Deniz Kurtzel – there are few electronic artists who haven’t had the Pete Tong Push ™. “That’s a big remit of my Radio 1 show,” smiles Pete. “But I don’t turn water into wine – all I ever saw myself doing was fanning the flames of something that I thought was inevitable. I’d like to think that by backing the special ones that I can help it happen for these artists… a little bit quicker”

It’s been a long, tumultuous ride for Pete. “I left school at the end of the 1970s and always wanted to be a DJ,” he starts, “To make a name for yourself back then you had to have the coolest and rarest records – if you managed to get hold of the hottest tune in the record shop, it could be months before any other DJ managed to track down a copy; your status and ability to call a tune in the underground record stores was very important, it’s hard to conceive that today with the instant access available online”.

Pete’s radio shows are revered around the world. Now the proud host of the 9pm-11pm Friday night slot on BBC Radio 1 – ‘The Pete Tong Show’ (or Essential Selection as it is still tagged internationally) regularly attracts over 2 million listeners via a combination of live feed and ‘listen again’ courtesy of the BBC i-Player and international syndication. On 8 April, Pete celebrated two decades at the station, with a 12 hour special including live sets and guest spots from the biggest figures and hottest new stars in electronic music. Tong also hosts and co-produces the legendary Essential Mix show, and as part of the 12 hour takeover, he delivered his first ever studio Essential Mix.

Pete Tong has been mentioned in our news coverage

Here are the latest Pete Tong mixes uploaded to Soundcloud.

Do you promote/manage Pete Tong? Login to our free Promotion Centre to update these details.