According to the astronomical definition of the seasons, measured by the earth's orbit around the sun, we are now officially three days into the autumn. Farewell, summer of 2021. You gave us back our freedom, welcomed back live music and provided us with some stereotypical British weather. We'll never forget you.

Now begins the long countdown to Christmas... But before we start getting carried away with thoughts of overweight bearded fellas in red suits riding reindeer through the sky, we should remember that there's still a multitude of fantastic festivals, epic warehouse raves and rowdy gigs to experience over the next four months.

Below, you'll find just ten of those said events - all brand new on Skiddle - with tickets now on sale! Be warned - Tickets for nearly all of those listed are flying out! Be sure to get your hands on one or two before it's too late...

(Click or tap on the artist, event or venue names below for tickets and more) 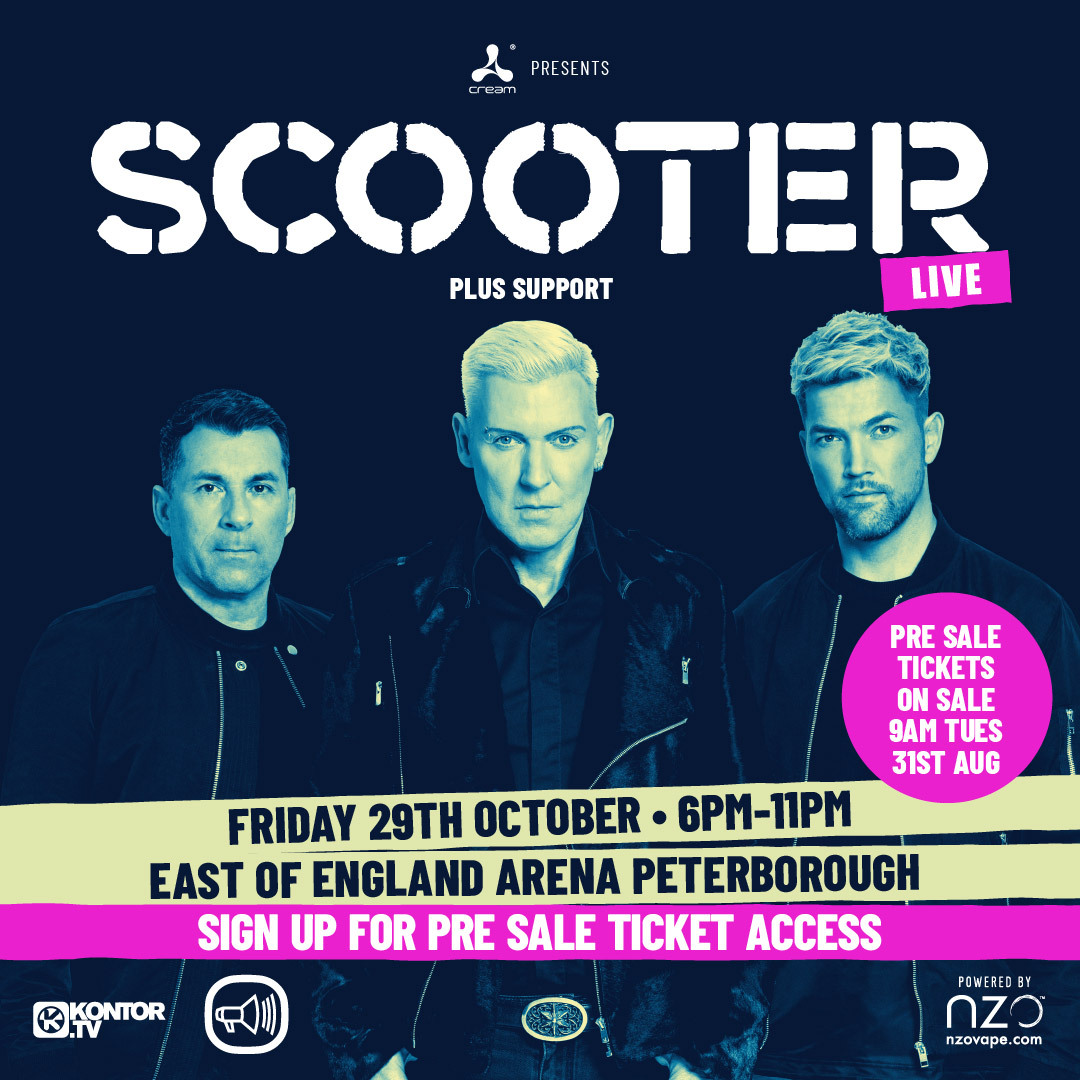 Where: East Of England Arena And Events Centre in Alwalton

The group, whose most celebrated tracks include 'The Logical Song' and 'Jumping All Over The World', have enjoyed a long and successful career thus far, spanning an impressive two decades. They've spent more than 500 weeks in the singles charts and 300 weeks in the album charts, and sold over 30 million records worldwide.

Catch them live East Of England Arena And Events Centre in Alwalton with a bill of supporting artists, still yet to be announced. 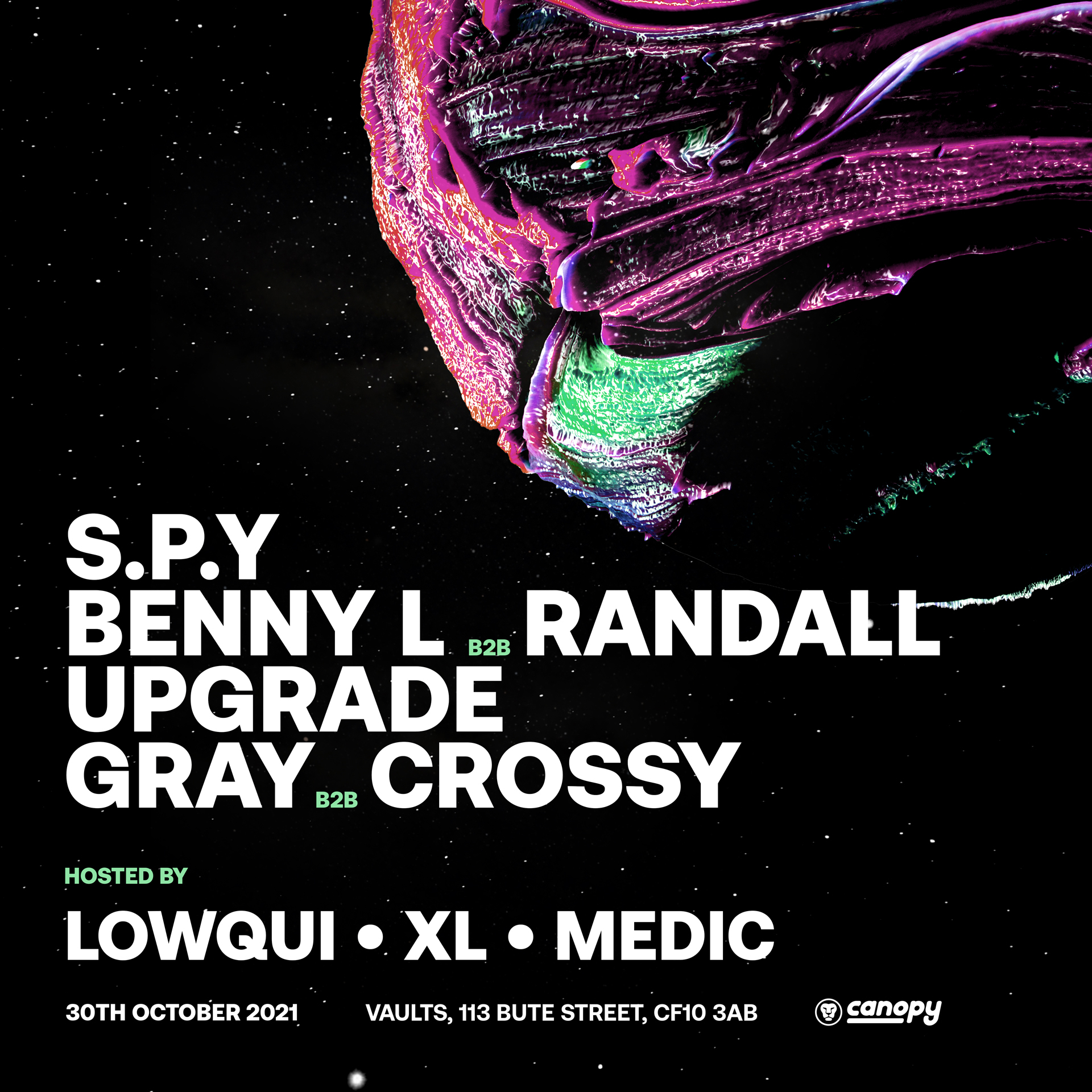 Where: Portland House Bank And The Vaults in Cardiff

After more than 18 months out of the game, the team behind Cardiff's biggest underground drum n bass night, Canopy are finally back and promising a monstrous night of rolling bass music to welcome in all Hallows Eve.

Set to take control of the Portland House Bank and Vaults in the Welsh capital on Saturday 30th October, those present should expect an evil soundtrack courtesy of wicked names the likes of S.P.Y, Benny L, Randall, Upgrade and more.

A sinful night of unholy D'n'B awaits. Don't miss out, get your tickets now.

The Summer Of Love Festival 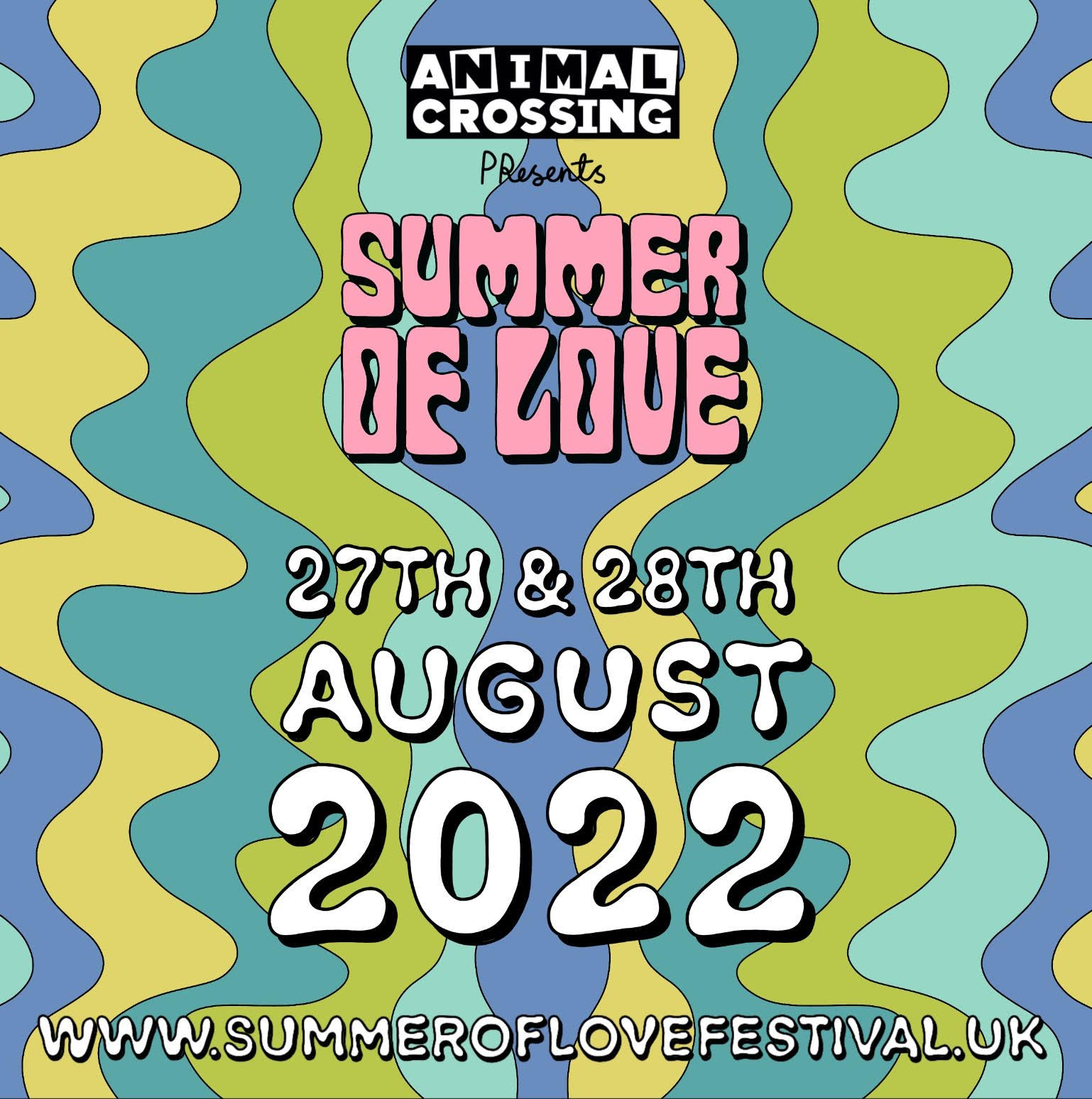 Where: A New City Centre Destination in Manchester

Taking place in August 2022, the popular two-day music, arts and wellness event, located on the grounds of a disused warehouse in the heart of Manchester City Centre, will feature live performances from some of the best up and coming producers and selectors in the game.

Expect some of the finest cuts in everything from house and deep house to minimal techno and more...

Find tickets for The Summer Of Love Festival - here

Where: Tank Nightclub in Sheffield

Sheffield's Tank Nightclub has revealed its full listings for the Autumn/Winter 2021 season, and it is epic...

Amongst some of the numerous names set to appear throughout the season are the likes of Hybrid Minds, Central Cee, drum n bass icon Sub focus, techno don Alan Fitzpatrick, Chris Lorenzo, Holy Goof, Gorgon City... the list goes on and on. 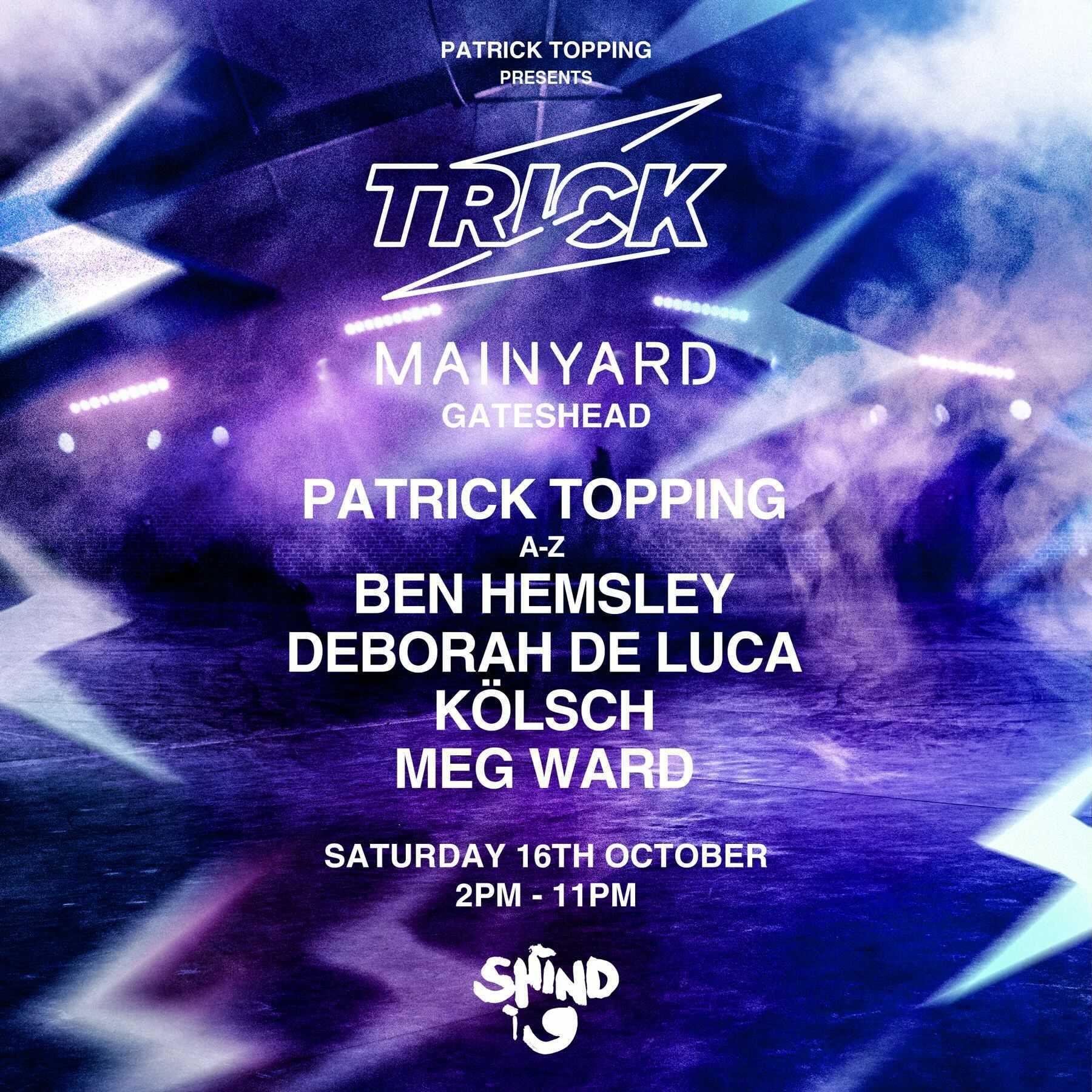 Tickets are selling extremely fast for this one - Get yours now below...

In My System presents: Sandy Rivera 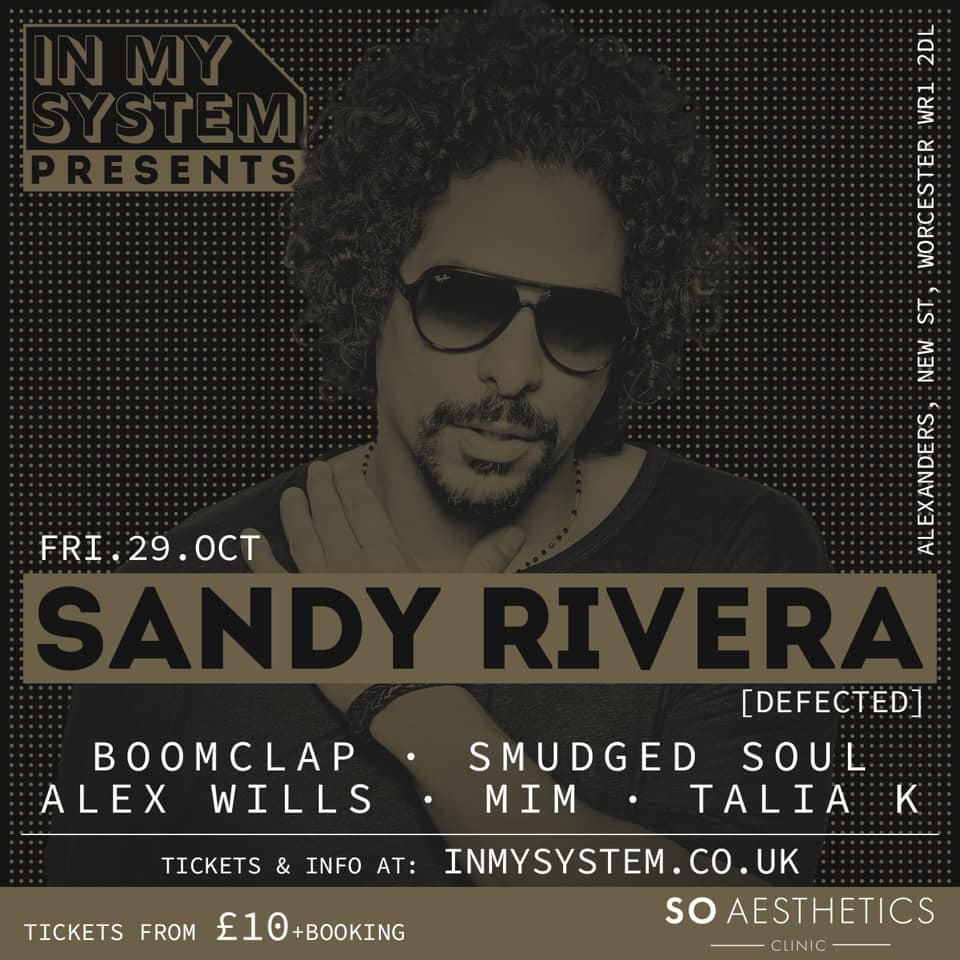 Where: Alexanders And Co in Worcester

As a well-established DJ and respected producer of house music on an international level, Sandy Rivera has already achieved legendary status within his own lifetime, both under his own name and his moniker, Kings Of Tomorrow. Tipped as a future star of the scene by none other than Frankie Knuckles himself, Rivera’s impact on the dance floor is as profound as his influence on this current generation of electronic music producers.

Don't miss your chance to get up close and personal with this master of house music, in one of the Worcesters most luxurious and intimate music venues.

Find tickets for In My System presents: Sandy Rivera - here

Fabled party brand, Sheffield's The Tuesday Club will throw a massive freshers carnival event later this month, welcoming all the new, fresh-faced university students who have taken residence in the city.

The party, which kick starts the beginning of the academic year, will see an unbelievable lineup of current music greats entertaining those present across a 9 and a half hour experience - running from 6 pm until 3:30 am. On the lineup, punters can expect to see sets from D Double E, Harriet Jaxxon, Channel One Soundsystem, Randall and many more. 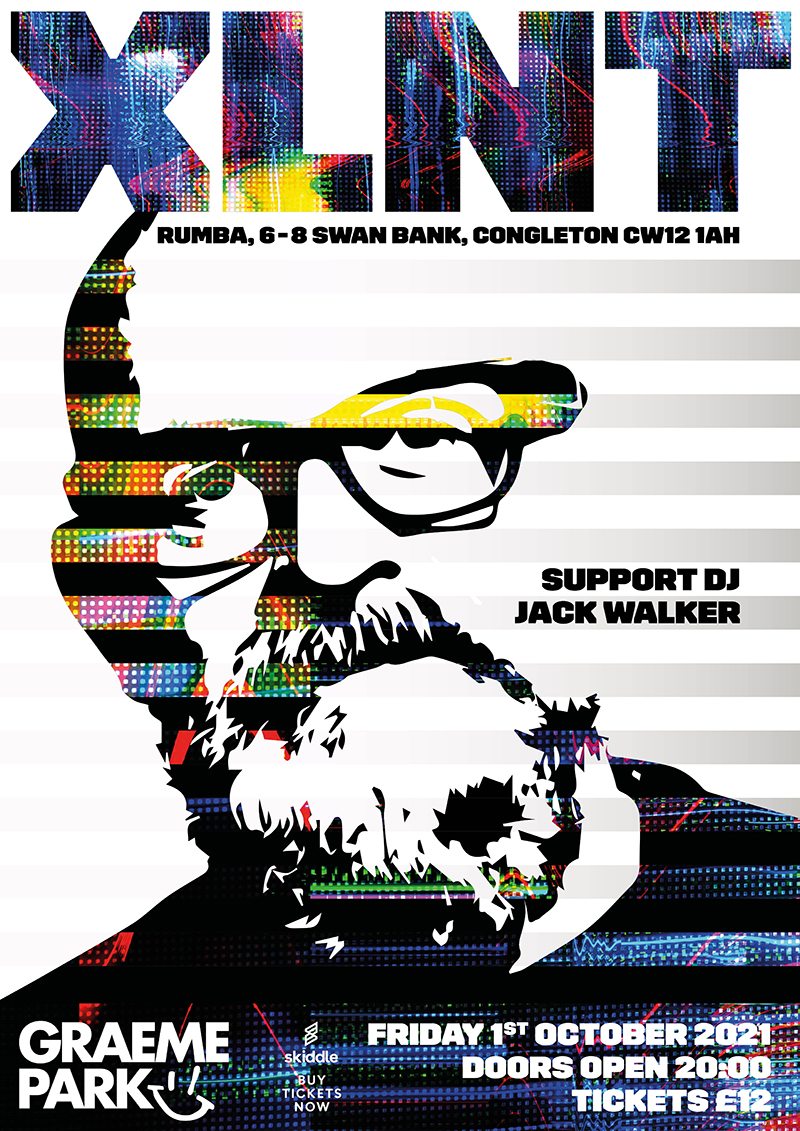 Where: Rumba in Congleton

Hacienda legend, Graeme Park heads to Cheshire this Autumn for a very special performance at the Rumba in Congleton.

A champion of the British house music scene and renowned collector of obscure vinyl, Park first started out spinning back-then unknown records in the '80s and '90s at the infamous Manchester nightclub, The Hacienda. He's since played on some of the biggest stages that dance music has to offer and continues to warm audiences with his fantastic Hacienda Classical show, currently touring the UK.

Support on the night comes from local DJ Jack Walker whose talents have caught the attention of many dance fans on the Stoke on Trent scene. 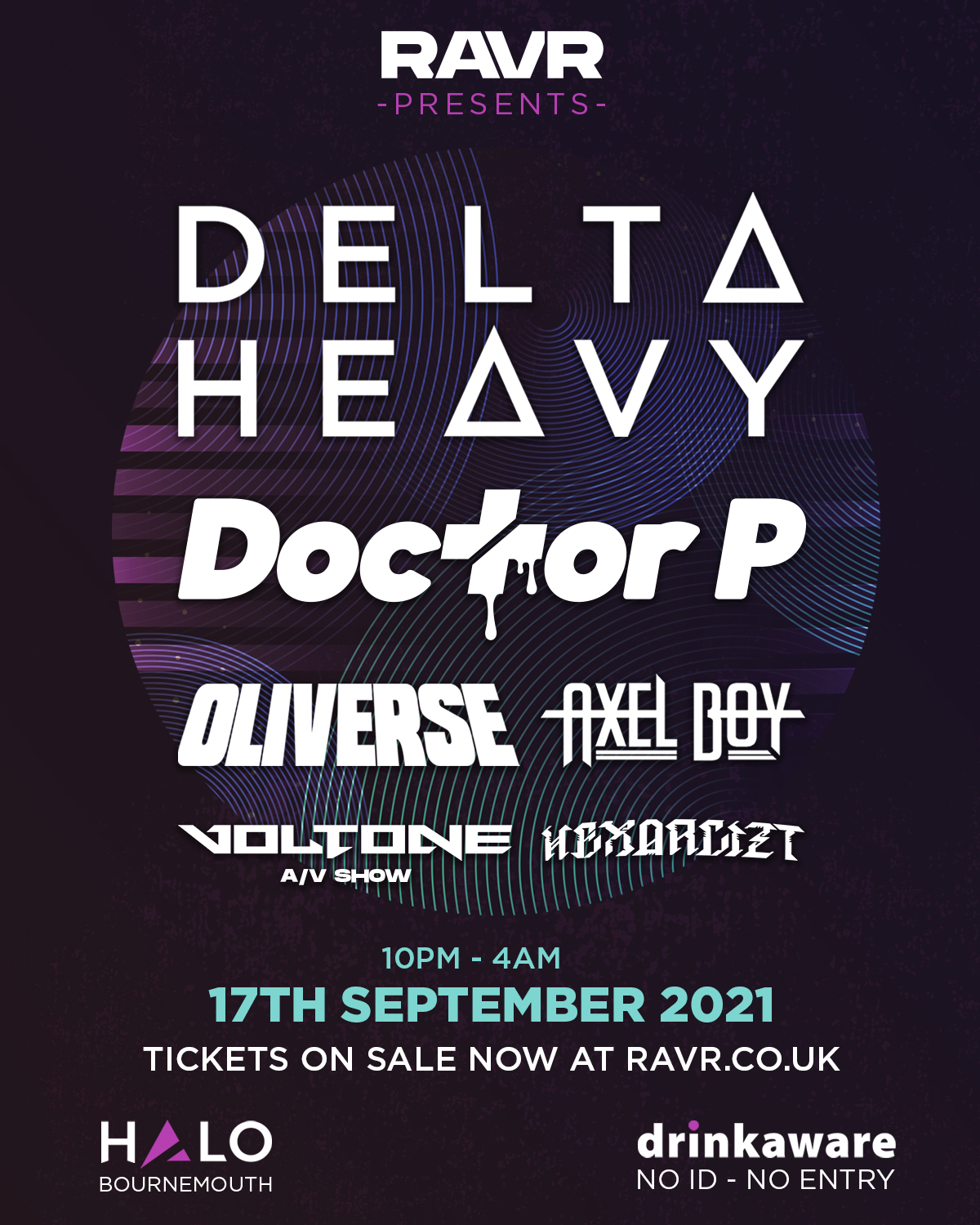 Where: Halo in Bournemouth

Boasting a heavy-hitting line-up supported by some of the best in bass music - Doctor P, Delta Heavy, HEXORCIZT, Axel Boy and Oliverse - RAVR's first official unrestricted rave of 2021 is going to be one that freshers new to the seaside resort of Bournemouth won't want to miss!

The 6-hour event - running from 10 pm until 4 am - takes place at one of the town's best-loved and most atmospheric nightspot's, Halo Bournemouth - a former church turned nighclub. Get your tickets now and go wild on Friday 17th September with up to 800 fellow new undergraduates.

Last chance to get your tickets for... 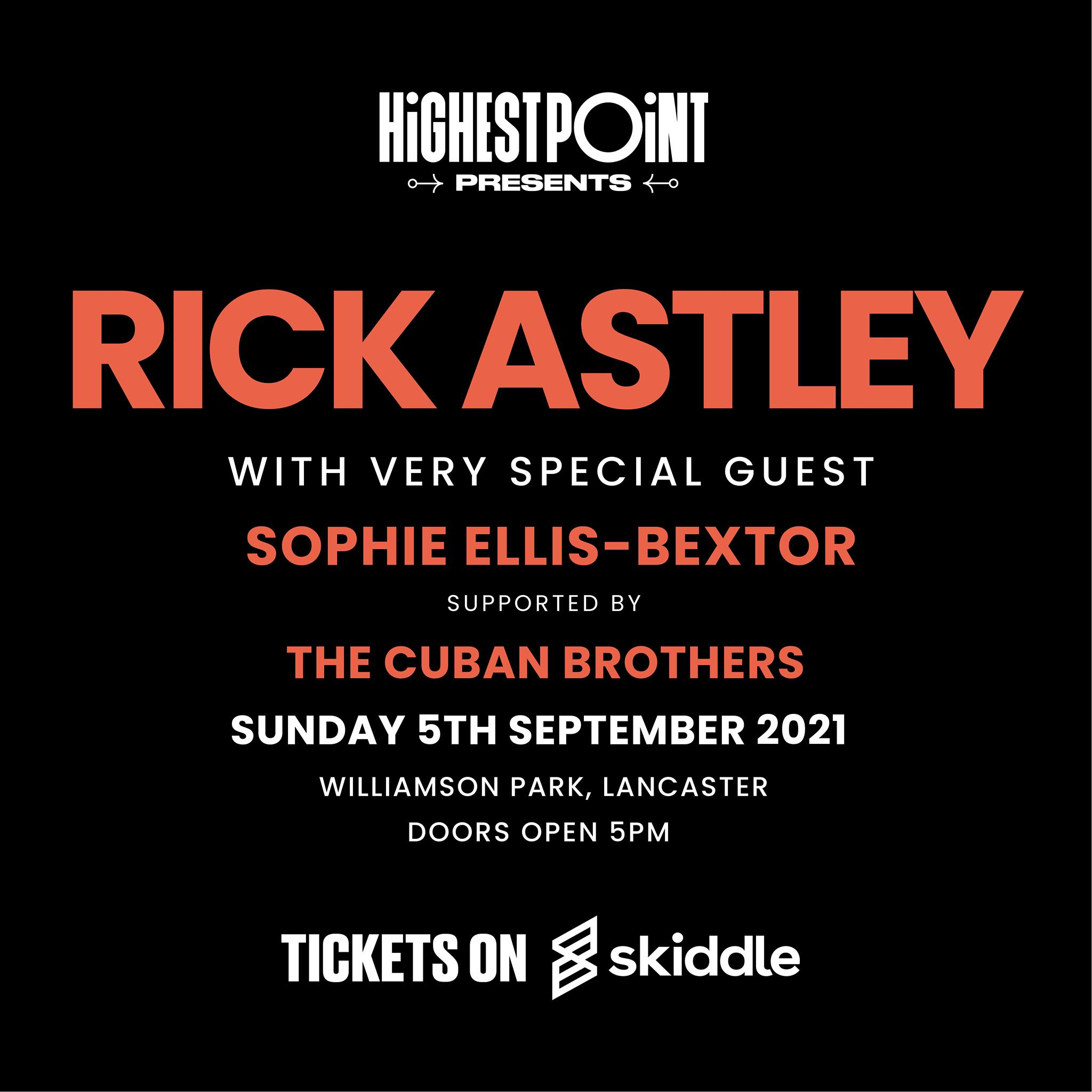 '80s pop icon, Rick Astley will arrive at Lancaster's Williamson Park this Sunday (5th September) to close out Highest Point 2021 with a spectacular grand finale performance. The pop legend, whose biggest hits include 'Whenever You Need Somebody' and the unforgettable 'Never Gonna Give You Up', will also see support from an array of equally talented names.

Exciting festival revellers in the lead up to the headline show, kitchen disco queen and 'Groovejet' singer, Sophie Ellis-Bextor will perform a setlist packed with familiar radio-friendly bangers, whilst phoney Latino quartet, The Cuban Brothers bring their notorious sell-out show to the masses.

Check out our What's On Guide and get your hands on tickets to some of the best festivals, gigs, and club events happening across the UK in 2021

Jess Bays interview: "Expect nothing but fun vibes with me"

The iconic songs that define James