We're now halfway through November, can you believe it, and the days that remain between the present and the coming festive period are rapidly reducing. There are just six working weeks left - 41 days to be exact - before we all tools down, clock out and head home for Christmas. Have you bought gifts for your family and friends yet?

There are usually two different types of people where Christmas is concerned. The organised, who have their Christmas shopping lists ticked off and gift wrapping completed way before December 1st arrives, and those who run around their local shopping malls like headless chickens, desperately trying to secure the unwanted items lingering on the shelves on Christmas Eve. Don't be latter this year. Instead, why not look at giving someone the gift of live music?

Check out this week's New On Skiddle selections for some gift-giving inspiration and become the best friend, sibling or cousin in your inner circle this Christmas. 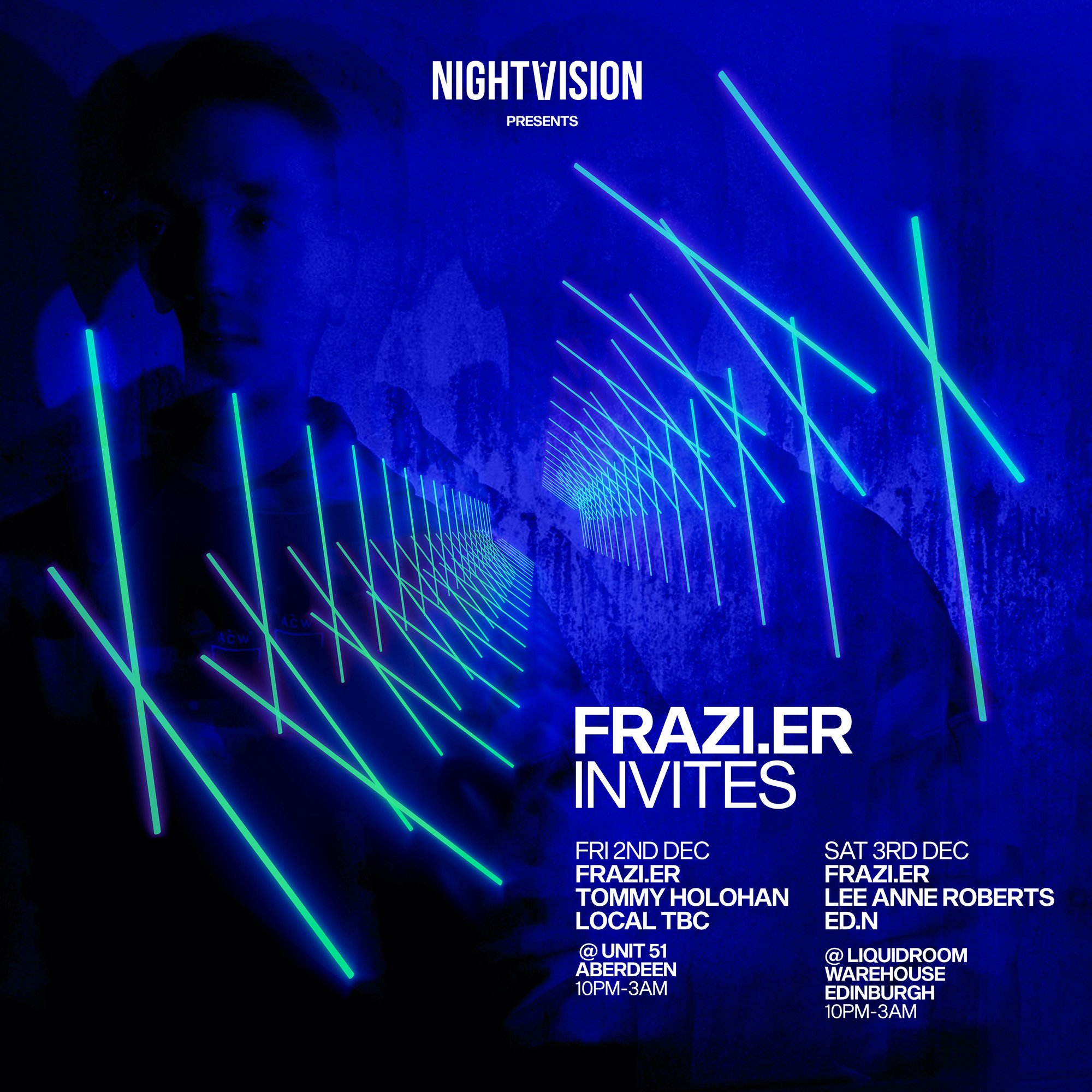 Where: Unit 51 in Aberdeen | The Liquid Room in Edinburgh

One of Scotland's hottest techno talents, Fraser Stuart, known more commonly as Glasgow-based DJ and producer, Frazi.er, is preparing for two huge performances in his native homeland this December.

Coming straight off the back of a handful of shows across South America and Europe, including an appearance at Amsterdam's ADE, the in-demand DJ joins Edinburgh event brand, Nightvision for two epic sets to see out the year. The first takes place at Aberdeen's Unit 51, where Frazi.er will make his debut with the second event scheduled to follow at The Liquid Room in the Scottish capital.

Don't miss your chance to catch this burgeoning star of UK techno live in the final of weeks of 2022. 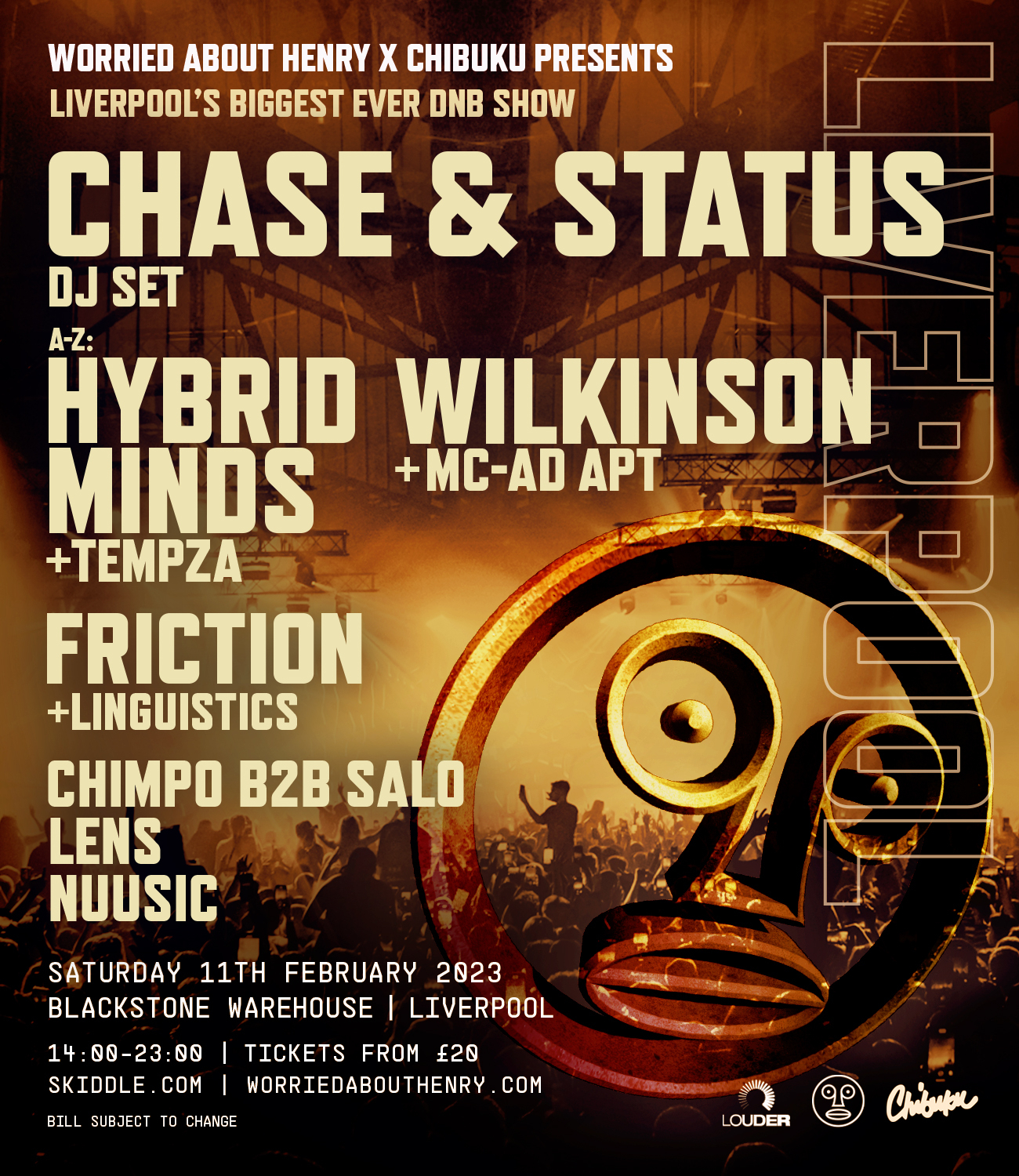 The connoisseurs of bass behind Worried About Henry have announced their plans to throw Liverpool's biggest-ever DnB rave in the early part of 2023.

Coming to the magnificent Blackstone Street warehouse in the city's North Docks, on Saturday 11th February, the event will showcase a selection of world-renowned, chart-topping and multiple award-winning superstar names over 9 hours - running from 2 pm until 11 pm.

Headliners confirmed to rock the very foundations of the stunning arched warehouse include Chase & Status, Wilkinson, Hybrid Minds and Friction, with support coming from Chimpo B2B SALO, Lens and Nuusic. Trigger fingers at the ready for this one. 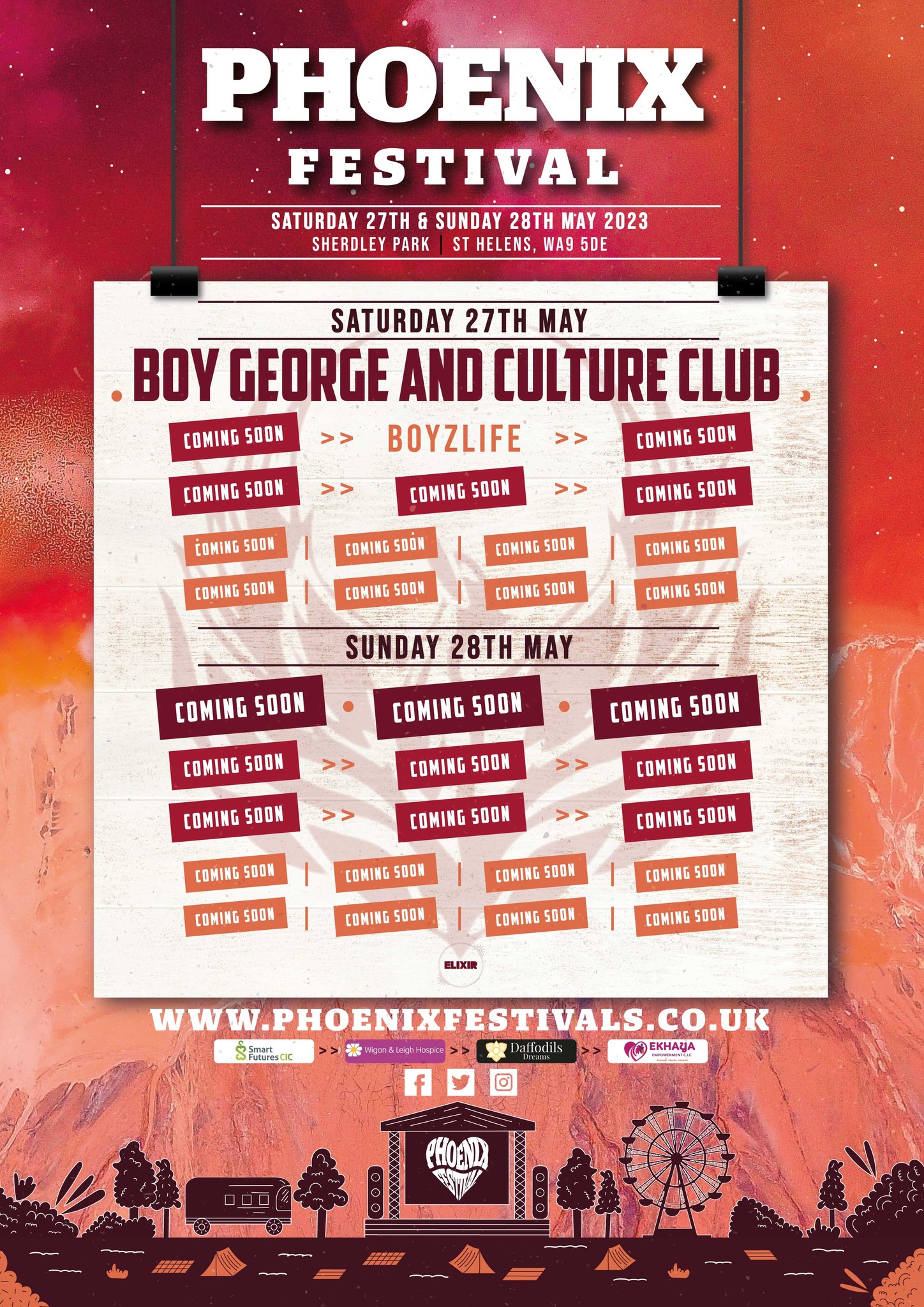 Where: Sherdley Park in St Helens

People of St Helens, brace yourselves for a brand new summertime festival popping up in a park near you in 2023... Introducing, Phoenix Festival.

Promising a musical extravaganza fit for all ages, this 2-day family-friendly spectacle will boast a score of sought-after acts delivering a list of your favourite tracks and anthems. Already announced to perform across the weekend, guests can expect to see I'm A Celebrity Get Me Out Of Here contestant, Boy George rocking the stage with Culture Club alongside dreamboat pop group, Boyzlife, combining members of two of the UK's biggest boybands, Westlife and Boyzone. More names have yet to be added to the festival's lineup. Watch this space.

Join 10,000 festival revellers at the beautiful Sherdley Park to see icons of pop music doing their thing live in February next year! 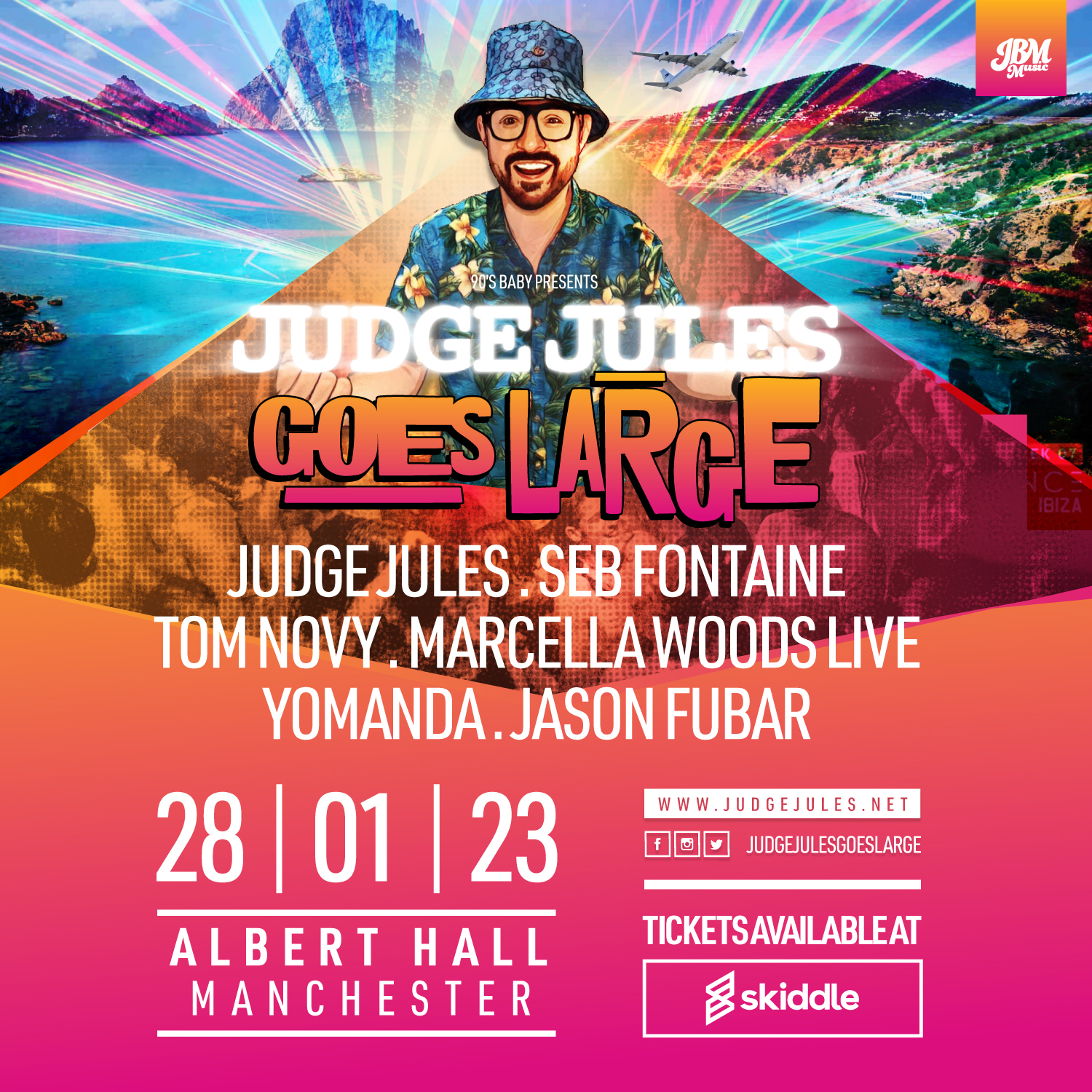 We've all seen the masterpiece that is Kevin & Perry Go Large, right? 'All I Wanna Do Is Do It' and so forth... Well, the legend behind the quality soundtrack of the film, Judge Jules is now gearing up to bring a very special party to Manchester's Albert Hall in the first month of the new year, paying homage to 90s club culture.

See the master curator and DJ at work, spinning a mixed bag of timeless club bangers taken from the era-defining film - from Y-Traxx's 'Mystery Land' and Signum's 'Coming On Strong' to Mauro Picotto's 'Lizard' and more.

Head back in time and rave through the night to the golden sounds of trance in Manchester, on Saturday 28th January. 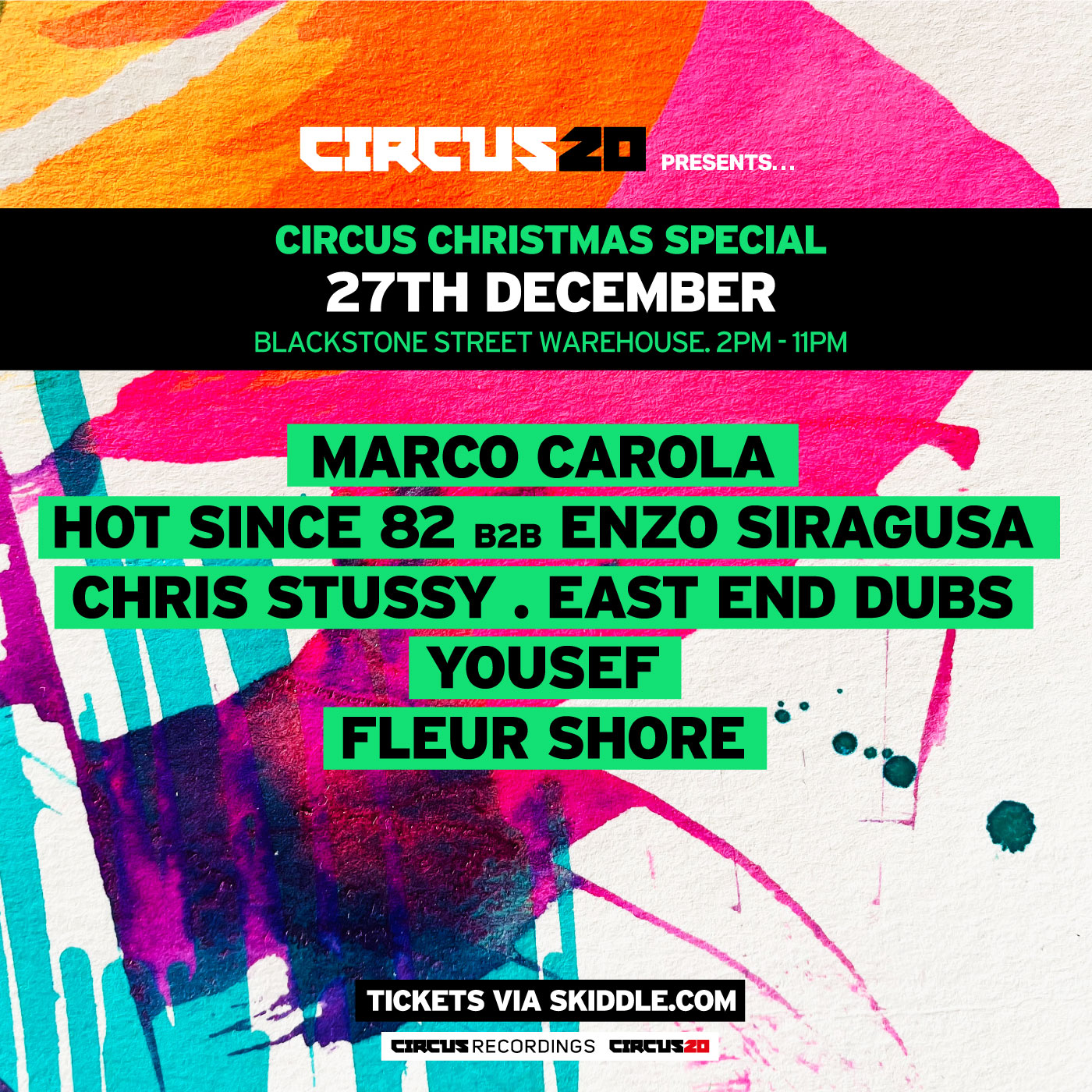 The brand responsible for some of Northern England's biggest and most outrageous dance gatherings, CIRCUS has pulled out all the stops to deliver a Christmas miracle at the Blackstone Street Warehouse, the day following Boxing Day 2022.

Commandeering the colossal rave space for a day of festive frolicking, internationally acclaimed house producers Marco Carola, Hot Since 82, Enzo Siragusa, Chris Stussy, East End Dubs, Fleur Shore and the main man himself, CIRCUS boss Yousef will take to the decks to provide an exceptional 9-hour musical score, consisting of some of the best tracks of the year.

Final release tickets are now on sale and will almost certainly sell out before the end of the week. Act fast to secure your place at this epic end-of-year party. 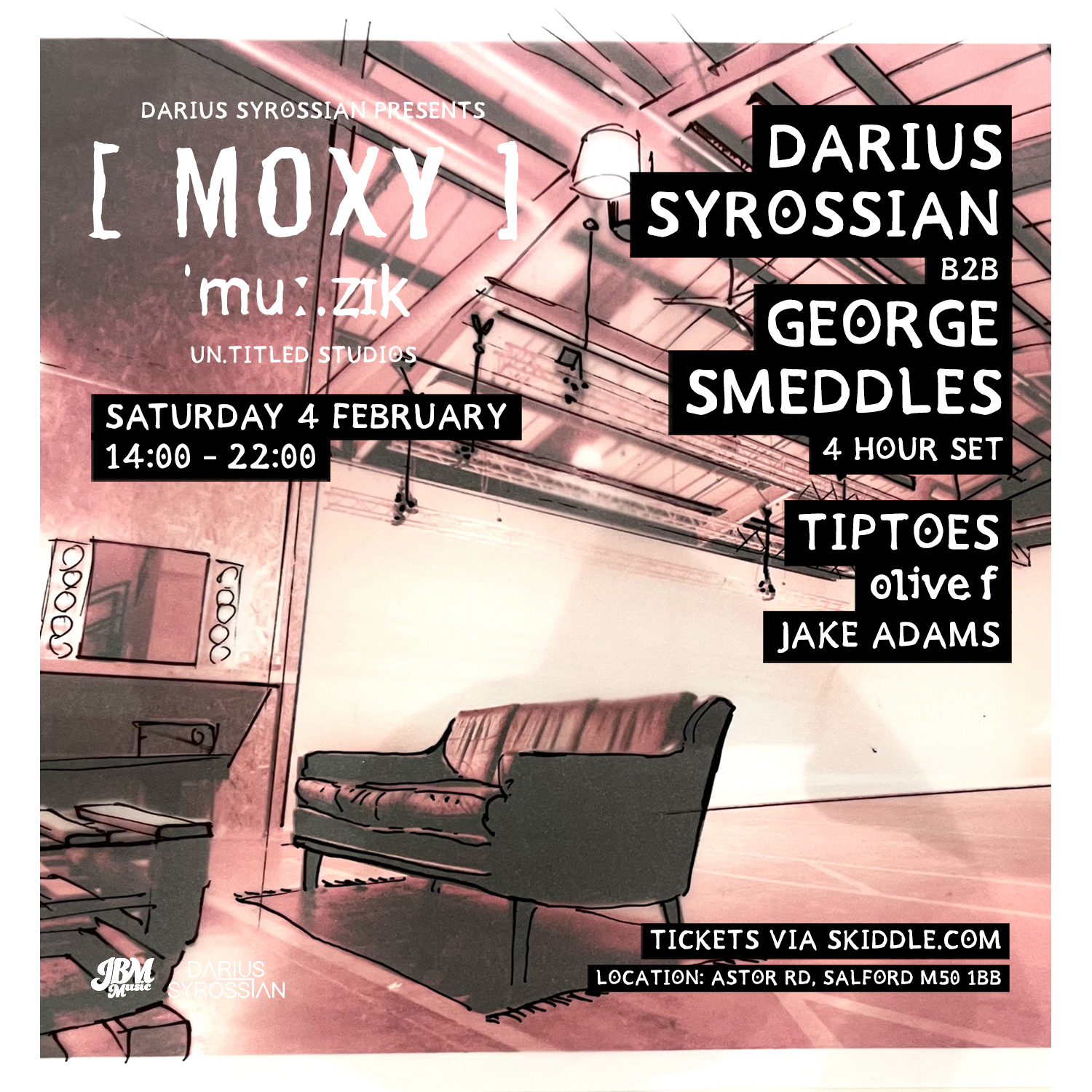 Where: Untitled Studio in Salford

Two leading names in UK house music, George Smeddles and Darius Syrossian will go back-to-back at Salford's Un.titled Studio next February, showcasing some of the finest cuts in house and techno.

The Moxy Musik event, managed by the latter of the two aforementioned Ds, will see the spacious 18,000 sq ft film studio turned into a dark, sweaty and atmospheric rave space, filled with dance floor addicts eager to let off some steam. Joining the headline names, those who come by tickets for the day-long dance experience can also expect to see mastered sets from rising talents Tiptoes, Olive F and Jake Adams.

Break in the new year properly. Tickets are available on the link below...

On sale later this week...

Foreverland | Down The Rabbit Hole 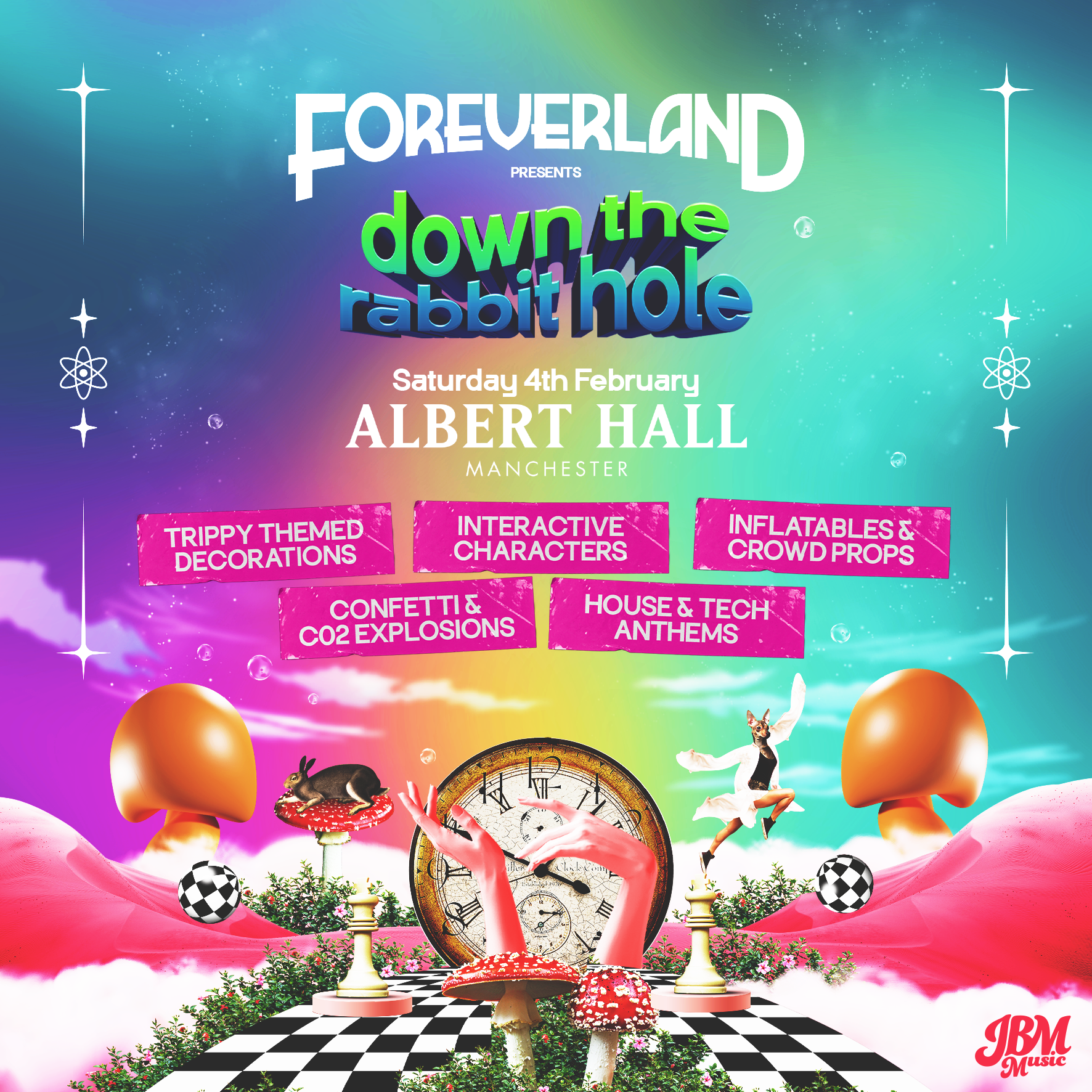 Go 'Down The Rabbit Hole' with Foreverland in 2023, as the brand reconfigures Manchester's Albert hall into a psychedelic party palace on Saturday 4th February.

Widely recognised as one of the wildest touring parties in Britain, the brand brings together trippy visuals, theatrical performers and characters with huge confetti cannons, even bigger CO2 explosions and a host of revered selectors to throw mind-blowing displays in venues across all four home nations.

Over two thousand 'wonky' ravers are expected to attend this otherworldly dance music experience, will you be one of them? get your tickets now on the link below, before it's too late. Don't say we didn't warn you.

Where to watch England vs Iran: World Cup 2022 screenings